'Cockroach milk is rich in proteins, fat and sugar'

Down To Earth speaks to Sanchari Banerjee, an author of a study on a unique species of cockroach's milk, which is the new superfood

There is a new superfood on the block. It is cockroach milk. But it is not like the liquid that humanity consumes daily.

Cockroach ‘milk’ consists of crystal-like structures which are produced within the gut of a unique species of the insect found in Hawaii.

Called the Pacific Beetle Cockroach (Diploptera punctate), this is the only cockroach species that gives birth to live young, rather than laying eggs. This behavior is called viviparity wherein an embryo is formed and the young are nurtured in close parental contact.

An international team of scientists headed by researchers from the Institute of Stem Cell Biology and Regenerative Medicine in Bengaluru have written a paper on their study to sequence the protein crystals and make them commercially available by producing them through yeast. 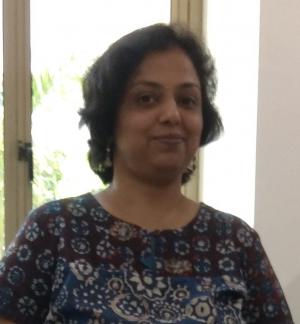 Sanchari Banerjee, a postdoctoral researcher at the Institute of Stem Cell Science and Regenerative Medicine in 2016 and co-author of the study, spoke to Down To Earth about the study. Excerpts.

From the study, it is clear that cockroach milk is not in liquid form but crystalline and is found in the gut. How does a cockroach feed its young ones? Is it after birth or are the crystals used during the pregnancy period to nourish the young?

The fertilised eggs are deposited in the birth sac of the pregnant mothers. The birth sac slowly starts producing a nutritious complete food namely the cockroach milk protein.

As the embryos develop from the eggs, they start drinking the milk from the birth sac. Gradually, the concentration of milk increases inside the stomach of the embryo and exceeds the amount of milk that can be consumed at a time by the embryo. This extra milk crystallises and forms the microcrystals inside the gut of the embryos.

How can this milk be extracted and measured? How many crystals can one cockroach carry?

The embryos are punctured with a needle and the crystals are isolated. The crystals are very stable in water. The calorific value has been calculated theoretically based on the total numbers of carbon, nitrogen, oxygen, etc. One cockroach would carry probably thousands of crystals (difficult to count).

For human consumption, this milk protein will be synthetically produced in yeast. It is very similar to how many pharmaceutical proteins are produced and sold by pharma companies.

Can the milk be sold for commercial purposes? If yes, then in what form and at what price?

The protein can be sold in crystalline or amorphous form depending on the end use of the product. Its price and other market-related features will be decided once we are market-ready.

Are there any other insect varieties that are viviparous?

Aphids are viviparous in nature.

Is this type of cockroach found in India? What is its natural habitat?

As its name suggests, the Pacific beetle cockroach has a range extending from Asia to the Pacific islands, especially Hawaii. It is typically found outdoors and prefers dry habitats, although it may move inside homes through infested plants. They may also move outside of their normal geographical range through the shipment of plants.