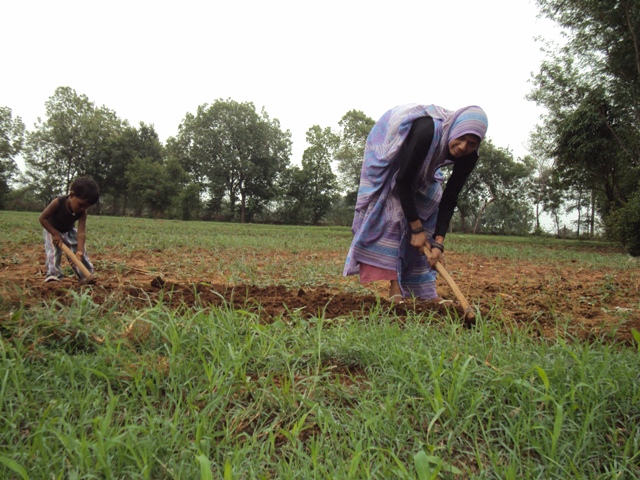 Daphne Miller is the author of two books—Farmacology: Total Health from the Ground Up and The Jungle Effect: The Healthiest Diets from Around the World, Why They Work and How to Make Them Work for You.

Miller was in India to attend the Indigenous Terra Madre 2015 conference at Shillong. In her first interview to an Indian publication, Miller spoke to Down To Earth about the connection between health and biodiversity, the need for going back to local food systems and the importance of sustainable agriculture

You speak about a phenomenon called the “migration effect” which says that moving away from traditional lifestyles is causing a lot of modern diseases. Could you elaborate?

When you are in your traditional community, there might be higher rates of snake bites or malaria. But these days we find that what is really killing us is modern chronic diseases such as diabetes, heart disease and cancer. As people move away from their traditional lifestyle to a more urban lifestyle, within one generation, they experience an enormous increase in modern chronic diseases. In India, it is quite astounding that in the last twenty years there has been an increase of more than 50 per cent in diabetes, and a lot of that is associated with a more urban lifestyle.

You advocate diversity not only in crops but also soil microbes and various life forms for wholesome health. Why is diversity so important and how is it connected to health?

Diversity (is important) at all levels—from the tiniest microbes to the nutrients and to the types of plants, people in the community and food. Think about it in terms of resilience—if you have one type of plant and there is a pest that wipes out that plant, then you are left with nothing. But if you have many plants and one plant gets wiped out, you have many backup mechanisms. The same happens within our body. If you have one type of microbe which is essential to your health and that microbe gets killed, you are left with nothing. It is the same with our organ system. We have a backup organ system for controlling blood pressure. It’s your kidneys and your heart and your vascular system. If one is failing, you have these backups. So, diversity in every area means more backup systems and more chance of resilience.

In your presentation, you said that bacteria in the human body are similar to bacteria found in the soil. You concluded by saying that we are soil. What do you mean by that?

There are some similarities but there is also this exchange of DNA that happens. We now know that there is certain bacteria in the soil which enters the gut and some kind of exchange takes place which is creating resilience. Or if the wrong kind of bacteria is being exposed to a lot of antibiotics and chemicals, it can actually create bacterial resistance within our system.

There are prevalent issues like monoculture and loss of biodiversity. How do you propose to return to a system that is sustainable, diverse and harmonious?

It has to be something that takes nature into account but also has this interplay with technology, ingenuity and so on. I think that we have lots of data which now show that we can feed the world with agroecology. There is so much waste and so much destruction of arable land due to chemical farming. If you can go back to the other system, we will produce more healthy and useful food except if it’s junk food. At this point, it is fairly well established that we need to go back to a local system of agriculture. It is not right for food growing in China to come to India or even food growing in Kolkata to come to Meghalaya. It shouldn’t be like that.

How do you propose to do that? What are your suggestions for returning to sustainable farming?

It has to start with children, education and for us to understand how much we are connected to the earth. The idea of ecoliteracy is very important. It has been associated with health. It has to start with the recreating of communities, whether urban or rural, but based around a local food system. It has to start with policies that reward growing that kind of food and not junk. Junk food changes the system of value because it is more expensive to produce and causes health problems. There are many subsidies that make it cheaper. It has to start with recipes that are changing the taste of what we want to eat.

In one of your previous interviews, you said that farm internship should be a required part of medicine training and vice versa. What connection do you see between the two?

It is something we are trying to do at the core to create healthy communities. I don’t mean the business of medicine or the business of agriculture. Those are all about commodities, pharmaceuticals, chemicals and making money. But the spirit and the original intent of healing and growing food was to keep the community healthy and I feel like we need to go back to those original practices.