Processed and packaged food and sweetened beverages have become a part of our life. They have replaced traditional and fresh foods. Food companies, retailers and agri-businesses have taken over our food supply, bringing about a change in our food consumption. This is leading to a range of diseases, including obesity. Barry Popkin, prominent food science researcher and director of the University of North Carolina's Inter-Disciplinary Obesity Center, speaks to Chinmayi Shalya on the need to reverse this nutritional transition 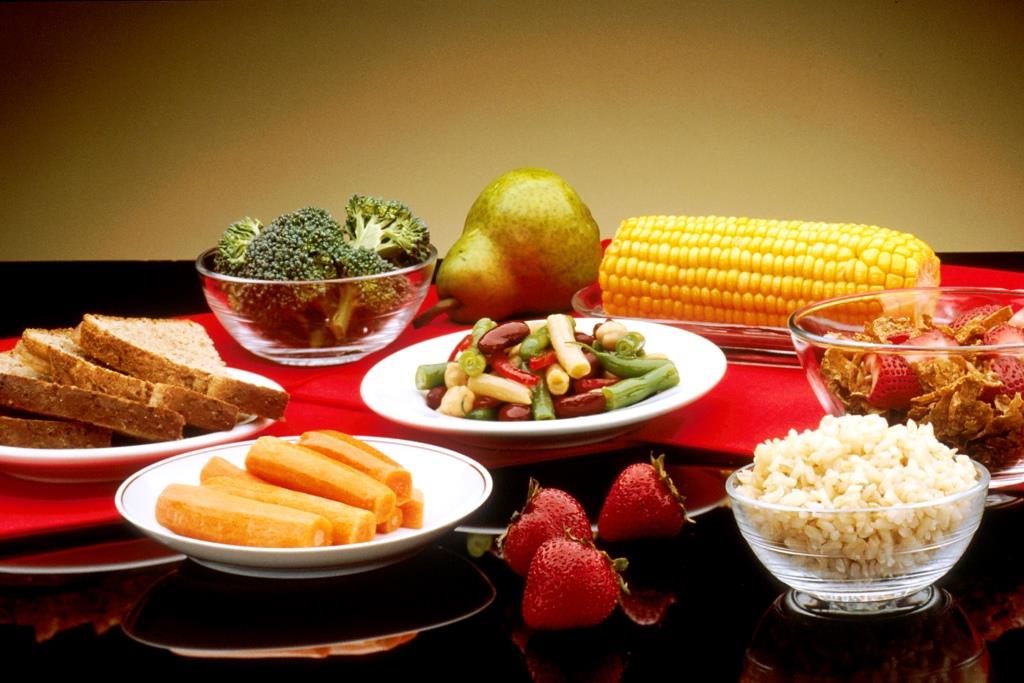 Your work suggests that widely prevalent obesity and non-communicable diseases are less a function of individual choices and more about the power of big food companies and governments which now influence what we eat. Are we subjects in the big processed food experiment?

We are the subject in a vastly changing food environment in which retailers, food companies and agri-businesses have taken over the food supply and are using marketing and other approaches to create a global diet that is very unhealthy. This is also partly because governments have vacated this arena. Food systems were once dominated by local production for local markets, with relatively little processing before foods reached the household. In contrast, the modern food system is characterised by a global web of interactions between multiple actors from farm to fork. The major actors who control this system have changed dramatically in both high-income countries (HIC) and low- and middle-income countries (LMIC).

The shift to a global food system started in the US and other high income industrialised countries, and was driven initially by government investment and intervention intended to raise farm sector productivity. Policies on agricultural research and supporting on-farm production introduced between 1930 and 1960 in the US and Europe focused on a few major crops (like wheat, corn and rice), oilseeds (like soybeans), livestock (like pigs, poultry and cattle) and critical cash crops, especially sugarcane and other sources of sugar. In LMICs, the “Green Revolution” in the 1960s focused on increasing productivity of corn, rice and wheat. This was designed to make calories from staples cheaply available to address hunger in LMIC, as well as to strengthen national food security in HIC. These investments coincided with huge technological innovations in food processing, and resulted in the rise of mass marketing, supermarket retailing and fast food. As a result, production and consumption of less processed foods such as coarse grains (like millet and sorghum), roots, tubers, and legumes declined. That’s why control of our food supply by major agribusinesses, food manufacturers, retailers and food service companies today is more a rule than an exception.

Is this obesogenic environment a result of the nutritional transition that the world has undergone from consuming fibre-rich diets to diets high in processed foods?

The first is the shift from fibre-rich diets to refined grains and added sugars. Pro-duction of starchy staples, combined with processing technologies, has made refined flour dominant in diets. White bread, for example, once rarely consumed in Latin America, became widespread after the introduction of high-yielding wheat varieties. In Asia, white rice became dominant as a staple over legumes and coarse grains. 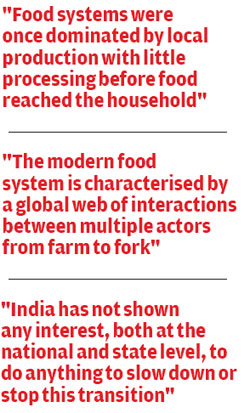 A second key change has been the increasing intake of vegetable oils, including processed vegetable oils, and a decline in the consumption of animal fats. This was driven by rising production of soybean in the US, later in Argentina and Brazil, and then palm oil in east Asia. Now, oilseeds are the most widely traded crops and are also processed to create margarines and vegetable shortenings and into partially hydrogenated fats and bleached deodorised oils for use in processed foods.

A third change has been the increase in the global consumption of meat, made economically feasible by subsidised production of crops—like corn and soybeans —for animal feed. Excess intake of animal protein, particularly processed meats, are linked to adverse health outcomes. In contrast, global pulse consumption has decreased significantly since 1961.

Ultra-processed ready to eat and snack foods are increasing among all income groups. This shift has not just affected food availability, but also the way food is consumed. A fifth change is in the availability and consumption of added sugar beverages. Between 1985 and 2005, extensive added sugar intake occurred across HICs. More recently, large increases have occurred in LMICs, both in the consumption of sugar-sweetened beverages and ultra-processed foods. In contrast, fruit and vegetable intake has remained inadequate.

Processed food has become a large component of diet in the West. Do you see this transition inevitable in Asian countries?

Snacking and snack foods have grown in frequency and number; eating frequency has increased; away-from-home-eating in restaurants, in fast food outlets, and from take-out meals is increasing dramatically in LMICs. Both at-home and away- from-home eating increasingly involves fried and processed food, and the overall proportion of highly processed food in diets has grown. Though many countries retain various forms of state intervention in agriculture, policies to liberalise trade and private sector investment have revolutionised the sector. Retailing has been transformed in LMICs through the growth of supermarkets. India has not shown any interest, both at the state or national level, to do anything to slow down or stop this transition.

Can nutrition transition be reversed?

It could, but very aggressive taxation, food subsidies and food system changes would be needed. There have been some efforts by different countries to counter the problem. For instance, Ecuador and Chile have initiated controls over the marketing of unhealthy foods with an official national code of marketing. More than 30 countries have prohibited vending machines in schools and prohibited sales of these less healthy foods by outside vendors on school premises. Many countries are taxing select foods and beverages, particularly sugar-sweetened beverages. Asian countries, with the exception of Singapore and Thailand, have done little.