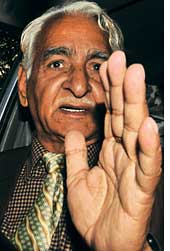 In the 1970s, after wildlife conservation arrived in India, Bal Mukund Arora was the first veterinarian to be appointed wildlife epidemiologist. In his three decades at the Indian Veterinary Research Institute at Izzatnagar, Uttar Pradesh, he founded a centre for wildlife diseases. He has recently published the country's first atlas of wildlife diseases. Kirtiman Awasthi caught up with him

Need for the atlas

Forest officials live under the misconception that wild animals do not have diseases. They believe that in the wild, animals die natural deaths. I can list a number of cases to prove how wrong they are.What about tiger deaths at Bhubaneswar's Nandan Kanan Zoological Park in 2000, rhino deaths in Kaziranga National Park in 2004, deaths of Asiatic lions in Gir National Park in 2002 and mass deaths of gharials in the Chambal river in 2007? In some cases the cause of death is not known, in other cases, vague reasons were attributed to animal sickness. These incidences have highlighted the need for more veterinary science professionals in wildlife management and conservation. These professionals need standard reference, which is not available in India.

My attempt was to prepare a database of all wild species in the country, compile lab findings of wildlife diseases and disorders noticed both in the wild and in captivity. The product, A Colour Atlas of Wildlife Diseases and Disorders, has 1,600 photographs and information on 1,070 cases of wildlife diseases. There are also details of the animals' developmental anomalies, health hazards associated with poaching, accidents, poisoning and nutritional disorders.

Most of the data are from my research projects. I have used information gathered during my three decades of service at the Indian Veterinary Research Institute (ivri) at Izzatnagar in UP. Some of my colleagues have also been generous with research material. The atlas will guide zoo officials, veterinarians at wildlife sanctuaries and students of wildlife.

Bacterial diseases like tuberculosis are common both in animals that live in the wild and under captivity. Then there is the viral disease, foot-and-mouth--it causes painful mouth ulcers and can be fatal. Of late, animals have been hit by a host of new diseases. Deer, for example, were diagnosed with blue tongue disease, hitherto known as a viral affliction of sheep and goats. In the Gir forests, Asiatic lions could be susceptible to contagious diseases such as salmonellosis and anthrax. After all, these are common afflictions of cattle which the lions prey on. But no study has been done to understand if the prey passes on diseases to the predator. Animals in zoos do not fare better. Tigers, lions and bear are known to suffer from ulcers in the gastrointestinal tracts--called infectious enteritis in technicalese--rabies and tumours known as neoplasm.

On wildlife casualties due to poor management

Let me cite an example. There could be a link between the deaths of gharials in the Chambal and the release of captive gharials into the river. The captive reptiles could have been diseased. But then can we claim that with any certainty? No one checked the health of the captive reptiles before releasing them into the wild. There is also the possibility of the released stock catching infection when their environment changes.

Besides, animals get electrocuted and train accidents claim many of them. Many fall to poachers' traps. Some escape, but with grievous injuries. Reptiles and amphibians are rendered arthritic by visceral gout.

Only a few labs like the one at ivri have the expertise. But even these facilities are located away from protected areas. Then there are formalities and paperwork. Investigation of sickness is rarely prompt. An animal that has been poisoned or has some other acute disease might not live to see these formalities completed. So it is important for each protected area to have a veterinary centre with all facilities. At present, livestock disease investigation labs do a part time job for wildlife. But none of them has vet pathologists exclusively for wildlife. Foresters are content to hire on contract retired vet officers with expertise in animal husbandry.

On expertise in zoos

Most zoos have retired livestock vets on their rolls. Some employ vets on an ad-hoc basis. The Central Zoo Authority has not ensured a minimum of two doctors in large zoos and a curator with post graduation in wildlife sciences, even after 15 years of its existence. The authority claims many posts that require scientific expertise are lying vacant because of a government ban on filling such posts. 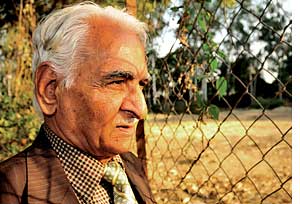 On India's Wildlife Protection Act 1972 and research on wildlife diseases

Yes, the wildlife protection act hinders research. The forest bureaucracy considers itself above scientists. And the rules pander to the forester lobby. The Wildlife Protection Act has a number of obligations pertaining to scheduled species which hinders generating basic data on wildlife health. This was highlighted during the investigation of mass mortality of the Chambal gharials. Investigators did not have data to ascertain if the dead reptiles had high level of heavy metals--or other pollutants--compared to the ones alive.

On specialized courses on wildlife diseases in India

This discipline is gaining momentum. Some institutes have started specialized courses. ivri offers a post-graduate diploma course. Wildlife Centre in Chennai and College of Veterinary Science in Jabalpur offer such courses. The College of Wildlife Medicine in Karnataka has also started a training course in the discipline.