On the cards in Kerala: A clean, green Lok Sabha polls 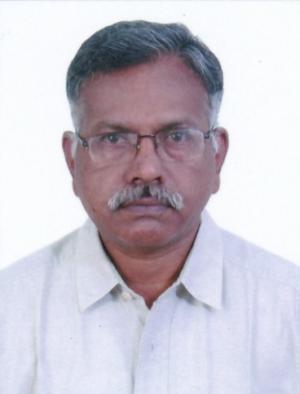 Kerala earned laurels in 2015 by implementing a ‘Green Protocol’ while hosting the National Games. It was subsequently implemented in many religious and social events as well as by the state’s Suchitwa Mission.

The protocol is a set of guidelines to reduce the generation of waste and restrict the usage of non-biodegradable material.  It reduced the waste generation by more than 31 lakh kilogrammes at various events in 2018 alone, the Suchitwa Mission claimed.  Mission Executive Director R Ajay Kr Verma spoke to Down To Earth about plans ahead of the General Elections. Excerpts:

How are you preparing to implement the protocol in the elections?

The Election Commission of India (ECI) has already issued advisory to all parties and candidates to not use single-use plastic in election campaign material. This week the Kerala high court instructed parties to follow the advisory in toto. We could not have expected a better ground. We are already in touch with the state chief electoral officer (CEO) so that the protocol is implemented on the ground.

What are the dos and don’ts?

It is not much different from what do for other events. In particular, for the elections, the high court has already banned the use of flex. So, banners and posters will have to made be of cloth. All such items which are thrown after a single use can’t be used, especially single-use plastics. So, flags will have to be made of paper. Earlier, all campaign materials used to come wrapped in plastic, now they would be in cloth.

But are these advisories legally binding or just guidelines?

The ECI has clearly told political parties that candidate would have to bear the cost of waste generated, according to the ‘polluter pays’ principle under rules to manage solid waste management and plastic. As far as Suchitwa Mission is concerned, we can also issue an advisory. But we hope that since the high court has stepped in, the parties and candidates will try to implement them in full spirit.

How will be these plans be implemented on the ground?

We have three IEC (information, education and communication) officials who will train other officials down to the levels of district and panchayats. The CEO and district collectors are also coordinating with political parties. Various facilitation groups will be formed down to panchayat level, comprising government officials who will take the message to the booth-level.  Once facilitation groups are established, we will conduct half-day orientation programmes.

Will any special monitoring mechanism be in place?

We may not be able to monitoring elaborately as officials will be involved in other electoral duties. But we will try our best to monitor through these groups as much as possible.

You implemented the protocol in earlier. What are the learning?

The biggest challenge is to let the message percolate to the masses. Once it does, we get results we can boast of.

Take the case of Attukal Pongala, the festival of women held in Thiruvananthapuram every year, which usually records more than 30 lakh participants. The prasad they offer to the goddess used to generate a lot of waste — 400 tonne five years ago. We have been implementing the protocol there for the last three years. The year before last it was reduced to 200 tonne; last year it was 85 tonne and this year only 65 tonne.

The message is clear: People have to own it up.

The elections will be at a much bigger scale than any other event in which you implemented the programme. Won’t it be a challenge?

I agree. But we see it as an opportunity rather than a challenge. So we have a platform like never before to let the message of green protocol sink into the population. In future, therefore, implementation will be much easier.

Regarding the challenge, I think people’s pressure would come to our rescue. If one political party does it, others will have to automatically follow.

Will the guidelines make candidates or parties shell out more?

The cost may slightly go up. But in the interest of the environment and to fulfill the objectives of the high court order, it is a fraction.

Any new idea for green protocol during the elections?

We have asked panchayats to get in touch local scrap dealers. So, whatever paper waste is generated, will be recycled. Also the CEO is asking various parties to launch a joint massive clean-up exercise after the polling is over.