Get a good night's sleep

March 15 is a day to celebrate good sleep and create awareness about lowering sleep problems in society through better prevention and management. Sunil Mittal, director of Cosmos Institute of Mental Health & Behavioural Sciences (CIMBS), spoke to Kundan Pandey on managing the dangers of sleep disorders and how people can manage their lives better by ensuring good sleep. Excerpts: 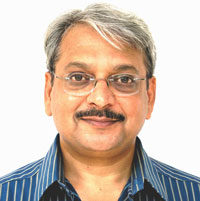 How serious is the problem of sleep disorders?

A survey conducted by Regus, a multinational that provides flexible working hours, says that in India 31 per cent of working people sacrifice sleep to fit in the work and personal commitments, while 22 per cent feel they have to over-compensate for time taken off personal matters. It is said that globally 29 per cent of professionals sleep less than they wish to, to fit all their commitments. The survey interviewed more than 24,000 business people from over 90 countries.

Insomnia can involve being unable to get to sleep, waking up in the middle of the night, or waking up too early in the morning. It is prevalent in two-thirds of adults and in 9-12 per cent of adults on chronic basis and up to 25 per cent in elderly. It is twice as common in women as men. It leads to increased risk of automobile accidents and alcohol abuse.

Another common problem is sleep phase shift disorder. Despite sleeping eight hours at different times, people do not achieve the result of same duration of sleep during night. There is sleep architecture including non-rapid eye movement (NREM) and rapid eye movement sleep and also four phases of NREM sleep. Achieving the architecture means a lot like you might be sleeping for few hours, but not completed the cycle/architecture; few restoration processes won’t be completed. If time shifts, the architecture also gets disturbed.


How important is the sleep for human beings?

An experiment on rat shows sleep importance. A rat died only in three weeks when it was kept awake continuously. No such experiment has been conducted on human beings. But, it is quite clear that the sleep helps individuals to restore body function. Erratic sleep habits prevent training of ‘biological clocks’ in our brains that help control our alertness and ability to sleep. If one does not get proper sleep, he or she can face many problems in life. The worst is possibility of dementia in older age. Most adults require around eight hours of sleep. Teenagers and children require even more sleep due to their body activity.

What are major reasons for rising sleep disorders?

Change in lifestyle is the major reason. Social networking sites, online chatting, computer games and increasing TV time are depriving school children of sleep which leads to a number of health problems like anxiety, depression or irritability. We always try to push the limit. It was not the case earlier and people were easily satisfied with their achievement. But now everybody is in competition and wants to push the extreme limits; if one is able to work for few more hours, he will try to extend work hours further. This has added to the problems in sleeping schedule.

How can people ensure healthy sleep?

Paying attention to good sleep hygiene is the most important thing you can do to maintain good sleep. Don’t lose sleep over losing sleep. Take extra time to follow healthy sleeping habits, and you will be more productive, healthier, alert, and functioning at your best. Avoid vigorous exercise shortly before retiring. At least three to four hours of the gap between exercise and sleeping time is required. Avoid late afternoon/evening naps, and do not allow yourself to doze off while reading or watching television prior to bedtime. If someone has compulsion to sleep during the day, he or she must develop it as habit and follow it as routine behaviour. Watching television on bed or reading develops a type of conditioning and then you are required to follow it. To avoid the problem, the bed should be used only when you intend sleep.