About 2 million Iraqis are now displaced within the country because of the current crisis brought on by ISIS militants, the Syrian conflicts and previous events in Iraq. Fadel El Zubi, the FAO representative in Iraq, in an email interview with Vani Manocha, talks about the immediate food security concerns of the country and how to deal with it 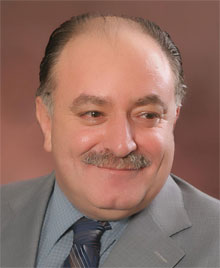 With the Iraq crisis only getting bigger and food security coming under threat, are the ongoing international efforts expected to reduce the magnitude of problem? Who else apart from FAO has come forward to lend help?

Iraq is facing serious food security concerns following the recent escalation of conflict in a large swathe of the country. Over 1 million people have so far have fled their homes and farms since January, leaving behind jobs and possessions just as the main harvesting season for wheat and barley crops was getting under way. In total, 2 million Iraqis are now displaced within the country, including those affected by the Syrian conflicts and previous events in Iraq.

There needs to be joint effort from international and local partners to provide urgent support to farming families, particularly in crop and livestock production, to mitigate the damage to food, income and employment sources. Particularly, many partners such as WFP, Islamic Relief and local NGOs are rushing to mitigate the effects of this crisis, but much more assistance is needed. FAO is doing its best to close the gap and scale down the magnitude of the problem and bring in additional support from key players in regional and international community.

We are talking about agricultural produce and food security. But it is known that Iraq also imports much of its food. With the insurgency and evacuations happening, how will the trade be affected and what are the ways to minimise effects?

Given the concern over current harvests of crops due to recent events, cereal import requirements in the just starting 2014/15 marketing year (July/June) are expected to increase. More in-depth field assessment would be required to determine the levels of this increase. In the just ending 2013/14 marketing year, cereal import levels were estimated at 4.26 million tonnes, including 2.7 million tonnes of wheat and 1.3 million tonnes of rice. The Iraqi Government normally maintains three to six months’ supply of wheat in its food stocks and is committed to supply each Iraqi citizen with a monthly 9 kg of subsidized flour. Iraqi traders often seek higher quality wheat with more protein and gluten for blending rather than the cheapest origins.

A major concern is that of internal movement of goods, should internal infrastructure be damaged.

Mostly irrigated crops are produced between the Tigris and the Euphrates rivers from Baghdad to Basra. With extremists gaining control of access to these two rivers, how much monetary loss is the country expected to incur?

This is outside the scope of FAO’s report - we have not assigned monetary value on the losses. However, decreased security is likely to lead to decreased agricultural production in general, as outlined in the report.

Is Turkey's decision to block the flow of the river Euphrates also expected to affect agriculture, and in turn food security in the country?

This question is not related to the current conflict escalation. However, irrigated agriculture in Iraq, given that irrigation waters are supplied by Tigris and Euphrates rivers, depends to a large extend on the rainfall outside the country. If less irrigation water is available, unless farmers switch to less water-demanding crops, production of crops grown currently is likely to decrease. However, rain-fed agricultural production systems are strong (details in the report).