GM crop benefits are all in future

Nearly 40 years ago, Marc Van Montagu of Ghent University in Belgium, along with fellow researcher Jeff Schell, discovered that Agrobacterium tumefaciens, the plant tumour-inducing soil microbe, carries a rather large circular molecule of DNA, which they named “Ti plasmid”. This led to their development of the first technology to transfer foreign genes into plants in a stable manner, laying the foundation for the nascent molecular biology sector to develop tools that could genetically engineer plants. In 2013, Montagu was awarded the World Food Prize (WFP) in a belated recognition of his pioneering discovery. Montagu, professor emeritus at Ghent and founder-chairperson of the university’s Institute of Plant Biotechnology Outreach, is a firm proponent of genetically modified (GM) crops, which he believes are the only way to feed the world’s burgeoning population. He was recently in India at the invitation of the agrobiotech industry lobby group, ABLE-Ag, to push for the introduction of GM crops in India. He addressed several meetings organised by the leading public agriculture research institutes in the country, with the repeated message that only GM crops could feed the world—a view contested by many leading scientists, including the 1995 WFP winner Hans Herren (see ‘Agroecology is the only way’, Down To Earth, December 31, 2012). In an interview to Latha Jishnu of Down To Earth, Montagu, now 80, dilates on the need for scientists to speak up about the benefits of GM technology to counter what he famously terms “the irrational fear of GM food”. Excerpts 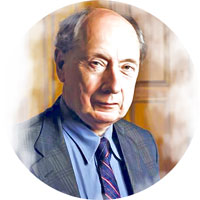 Your piece on the irrational fear of GM food after you won the WFP seems dismissive of the opinion of scientists who find GM feed problematic.

It was not meant to be dismissive. I am a neophyte in this debate, just like so many other scientists who are not in the habit of talking to society. I am actually talking to scientists, the rationalist ones, to tell them that people have irrational fears. They should understand that people are irrational. Everybody, even those who claim to be the most rational of people, even the atheists, live by their emotion. Is it rationality? No.

The economy cannot be rational; politicians cannot be rational because of the people. For GMOs (genetically modified organisms), it is the same story. Some people took advantage by spreading fear that GMOs are bad. Scientists thought that was ridiculous and didn’t react. And suddenly we are in this situation of irrational fear.

There is no argument against GMOs. The society argument, the fact that people don’t like GM crops, is a serious issue. From science there is no problem.

What about the numerous scientific papers and research that have shown problems with GM crops?

Seralini’s research is not the only one. There are dozens of other studies showing that GM crops have unintended consequences.

The European Union (EU)—it is well documented—spent € 300 million to find out if something can go wrong with GMOs. That’s an enormous budget, but they never did find anything. Most of these studies are never published—no journal wants to publish anything like this—but you can see all this in the files.

Let’s talk about why GM does not find acceptability. It’s because the primary claims made for GM crops—that they increase yield, reduce pesticide use and do not impact the environment—have not been validated.

On yield, the argument holds. The story is that the green movement, which wants to block the GM crops because they get an income from it, has made the price tag for bringing a product to the market extremely high. The six (major agrobiotech) companies can only make products on which they can get immediate returns. 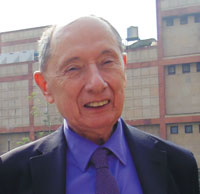 For yield increase you need an enormous amount of knowledge, you need to know all the plant pathways, these have to be adapted and changed. Look at the number of specialists who work on medical research. For each tissue, for each organ, for each condition there are tens of thousands of researchers working on a problem. But in plant genetics the number is so limited. This plant science is so new. When we started genetic engineering 40 years ago we had no plant genes. The only thing we could use was bacterial genes. We have a long way to go.

Are you saying that the biotech industry hasn’t been able to work on this aspect and that all the yield increases are way into the future?

Absolutely. All the funding agencies in Europe say people will not use it, so why should you get funding? We have to learn about small RNAs, peptides and the like. It costs about $150 million to bring a GM product to the market because of all the regulatory requirements, all the paperwork.

How do you explain the increase in pesticide use for GM crops?

You can say the sale of glyphosate has gone up but the consumption of other herbicides has gone down. We need different genes, many other genes to fight the pests. Use of pesticides will never be zero. You will still have to use it because when one pest goes down another comes.

If it’s a never ending cycle what’s the benefit of this expensive technology?

Oh, the benefit is enormous. Otherwise everybody would be starving if we didn’t use chemicals. Why can’t we have just organic agriculture? Because there would be no yield. We could at some time learn to survive without the chemicals but we would need to have a lot of variety of GMOs. Once there is less population increase and there are less poor, then humans can have better agriculture. Then slowly we can pay better attention to the environment.

Are you saying that because of the large population you have to accept damage to the environment?

At the moment, yes. If the green activists say they can work a miracle by going back to traditional methods of agriculture, they are lying. And they know it because we do not have the kind of plants to provide for all the people. We can’t do this with conventional plant breeding.

But GM technology has simply not been able to beat the pesticide or pest problem. Companies are developing products that are resistant to more powerful and highly toxic pesticides such as 2,4-D which was the lethal defoliant used in the Vietnam war.

You cannot look at the absolute figure of pesticide usage but have to compare its use per yield. And 2,4-d will not be used the same way as in Vietnam. If it were not safeÃ”Ã‡Ãªno company would release such a product in the market.

You keep saying that over-regulation, unnecessary tests are what make GM crops more expensive than they need be. On the contrary, a number of reputed scientists, including MS Swaminathan who chaired the committee that gave you the 2013 WFP, have been calling for more regulation. He also was against the introduction of Bt brinjal. What are ordinary people to make of these contradictory views?

It’s very interesting that you raised this story. Swaminathan has a responsibility not only as a scientist; he also has a lot of political responsibility. He’s not 100 per cent a scientist. He helps the government and he advises decision-makers in the country. What politicians have to do is completely different.

In France five-six years ago, President (Nicolas) Sarkozy called a meeting of the green lobby and said, “You’re against nuclear energy, you’re against GMOs. But we cannot be. So let’s make a deal. You shut up about nuclear energy and the reactors and you can say what you want about GMOs and I will not interfere.” Now, you can say this is not honest, but politicians have to make compromises.

But Swaminathan is not a politician.

He is in a certain way. There were so many people who were against GM brinjal. Society has to make decisions when groups of people are threatening all kinds of things. Temporarily, it’s better to calm the situation so that science can progress. Swaminathan has helped science to progress. The issue of 500,000 hectares of GM brinjal, it’s a question of priority.

Objectively, he is wrong. But if he can save the situation, he can get political support for other projects. We do not know. Swaminathan is so high ranking in the academy and he has a vision of society that we don’t have. So I wouldn’t really blame him.