Taliban take-over of Afghanistan: India should be a first responder in the humanitarian crisis

The exit of American forces from Afghanistan has underscored the gravity of the new turmoil in India’s neighbourhood. DTE speaks with Gautam Mukhopadhaya, former ambassador to the country, to get a sense of the situation 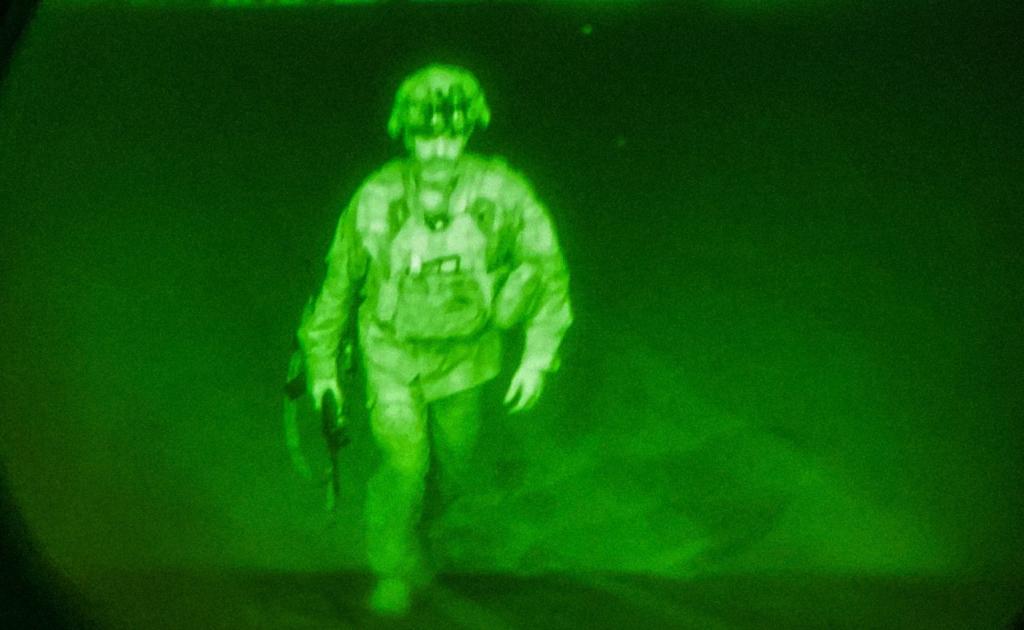 The green-tinged night-vision click of Major General Chris Donahue, striding towards what was probably his sortie for a ‘glorious retreat’ off Afghanistan, will stay for a while in the minds of millions across the globe.

The United States has heaved an official sigh of relief as it exits its longest war; its foes — traditional and new — haven’t been able to contain their glee; the democratic world (including India) has a brow furrowed out of uncertainty; ecstatic Talibans have filled the Kabul nightsky with gunshots to celebrate, ironically, complete “freedom”.

How the ordinary Afghan feels is anybody’s guess. Information that have trickled out of the land-locked country has been disconcerting: Indians had a bad omen anyway when the news of the murder of ace Reuters photographer Danish Siddiqui landed as a shock July 16, 2021. It has been downhill since.

The track record of Talibans and their regime has perhaps been the biggest blot on Afghanistan; which is saying something for a country that has been in constant turmoil for almost half a century now. So what is to be expected of them this time?

How should the global community deal with this? What should India prepare for? Down To Earth caught up with former ambassador Gautam Mukhopadhaya , who literally re-opened India’s embassy in Kabul within a week of the Taliban’s fall in 2001, to get a sense of the situation. This is the first part of the edited excerpts of the interview:

Joyjeet Das: The Taliban forces have effective control of Afghanistan with the fall of Kabul. Despite resistance from some quarters, the formal Afghan government is powerless. What changes should the world expect in the short, medium and long-term?

Gautam Mukhopadhaya: It is still too early to predict the full implications of the military takeover of Afghanistan by the Taliban, but its impact will undoubtedly by seismic. 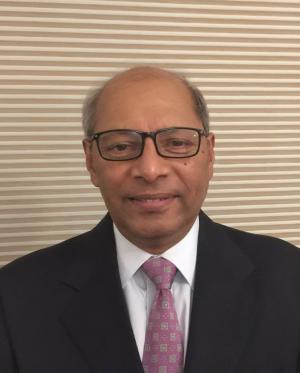 At a geo-political level, the pullout of Soviet troops from Afghanistan led to the collapse of the Soviet Union; the re-emergence of old and new nations and states in central Asia, the Caucasus and eastern as well as central Europe from Soviet rule or tutelage; and turmoil in Afghanistan, leading directly to Taliban rule and 9/11.

The chaotic withdrawal of the United States and the West from Afghanistan may not have the same effect; but it will leave a wounded, if not broken, America — aggravating severe fault-lines internally, and harming its credibility externally.

It will reinforce China’s narrative of the US in decline and its irresistible rise, especially for smaller countries in need of protectors.

The victory of the Taliban over the Afghan National Defence Forces will be seen everywhere, particularly by international terrorist outfits, as a victory for radical Islam over the US.

One of its first effects will be to embolden and inspire radical Islamist outfits in the region and the world — including Al Qaeda and the Islamic State — that had been degraded and, in many places, on the back foot.

One can expect a recrudescence of Islamic terrorism — international, regional, domestic and sectarian — everywhere, from Africa to southeast Asia. Its ripple effects will spread far. New international terror syndicates can be expected.

JD: How will it affect the regional geo-politics, especially as far as India is concerned?

GM: It will fundamentally affect regional and global balance of power.

In the region, a loose alignment of forces of a democratic Afghanistan, the United States and Europe as well as the democratic Asia (including India) has given way to an alternative and antithetical alignment of a fundamentalist dispensation in Afghanistan. It is backed by Pakistan and China and supported, at least for now, by Russia and Iran.

China will fill the vacuum opened by the ceding of strategic space by the US — at China’s weakest underbelly in Afghanistan. It will try to bring the country within the scope of China’s Belt and Road Initiative (BRI), linking up with its $400 billion, 25-year, geo-economic ‘deal’ with Iran — now under a conservative, hard-line regime.

The emergence of a radical Sunni regime in Afghanistan with ties to a multitude of similar militant, ethnic and religious outfits can also be expected to result in a churning in west Asia. It may involve Shias and Sunnis on the one hand, and the US allies and Russia and China on the other.

In India, it will open up questions about the reliability of the US as a partner, and the utility of the partnership in the Quad if it disregards India’s interests in central Asia. It may not, however, lead to any great change of policy due to the objective challenge of China in the Indo-Pacific region.

It will almost certainly lead to a dangerous heightening of India-Pakistan tension, already on a razor’s edge at a time when India faces a two-front threat from China and Pakistan.

But China, India, Russia and Iran may also find a common interest in controlling radicalism and stabilising the region. This has to be consciously explored.

Its most direct effect will, of course, be felt in Afghanistan: The relative peace (disturbed by steady and increasing acts of terrorism) and hard-earned political, civil and human rights, including those of women earned over the last 20 years, will give way to a politically and socially repressive regime.

In the short-term, there may be a decline in the phenomenon of terrorism (perpetrated by the Taliban themselves), but we can expect to see mistreatment and/or persecution of minorities especially the Shia Hazara.

But the seeds of further radicalisation can already be seen in the attacks at Kabul airport (August 27), killing more than 100 Afghans and US soldiers, attributed and reportedly claimed by the Islamic State (IS).

There are questions about the relationship between the Taliban, IS and ISI (of Pakistan Army); even between the US and the Taliban, including the Haqqani Network (HN) that its military leaders have described as a veritable arm of the ISI; as also of how such an act could have occurred with specific advance intelligence and with the Haqqani network in charge of security in Kabul suggesting some degree of collusion and complicity between the HN and IS and downright naivete on the part of the US.

But there can be little doubt about two things:

Pakistan too will feel the blow back from the radicalisation from the Tehreek-e-Taliban Pakistan, leading to turmoil in the Pashtun and Baloch areas of Pakistan. There, another pacifist Pashtun movement — the Pashtun Tahafuz Movement (PTM), inspired by Khan Abdul Ghaffar Khan, led by several charismatic leaders — have started a popular, peaceful movement against Pakistan Army’s radicalisation of Pashtuns for its own ends.

JD: Though not declared yet, the Taliban are expected to dissolve the Afghan ‘republic’. What will that mean for the two-decade long process to establish democratic mores, especially gender equality?

GM: Effectively the end. That is why we saw scenes of such desperation to leave the country.

And Kabul is just the tip of the iceberg. If the Taliban do not compromise on their idea and interpretation of the Emirate and accommodate ethnic, gender and social differences to their political and social philosophy, sooner or later there will be opposition and resistance to their rule. The Afghan diaspora too will keep up the idea of the Islamic Republic alive.

Despite their easy takeover of the country, the Taliban are not an organic indigenous force in Afghanistan. They are, and are perceived as, Pakistani proxies. While there are several ‘Islamic’ political formations like the Jamiat and Hizb-e-Islami, there is no Taliban political organisation until now. Their ideology is perceived to be alien. This suggests that they have no real political support in Afghanistan although they may rally some now.

JD: The United Nations International Organization for Migration estimates that 400,000 Afghans have been displaced this year already. What can be the eventual scale of this humanitarian crisis? How should the international community respond?

GM: This is difficult to forecast. Most of the internally displaced moved from the north as the Taliban advanced in the area, but also from badly affected areas like Kandahar.

Now that the whole country, save Panjshir valley, is under the Taliban and there is little opportunity for the vast majority to leave the country, some may cross over the Pakistan, Iran and central Asian countries; but the majority may return. Internal displacement will then mirror the severity of Taliban rule in particular areas, particularly non-Pashtun areas.

Either way, the humanitarian crisis — not only due to the Taliban takeover, but also by drought and other possibly climate-related phenomena — is serious. The international community should respond favourably.

The Taliban will surely leverage it to obtain respectability and some internal legitimacy. The international community will have to negotiate that delicately, but a humanitarian response should not be withheld.

In fact, this is an opportunity for India to continue its people-to-people relationship through humanitarian aid. India should be a first responder in the humanitarian crisis.

Ideally such humanitarian assistance should be routed through the UN system or reputable non-profits (giving them a collective bargaining power), not the Taliban, unless and until the Taliban agree to a genuinely inclusive government and install a functioning government capable of delivery of basic services. This appears unlikely to last in the short- or medium-term.

India should also adopt a relatively liberal visa and asylum policy to facilitate such relations and protect Afghans in danger of persecution because of their past loyalties to us.

Watch this space for the second and final part of the interview.