‘Handling toxic waste is a matter of science, not administration’

Whether it is the dismantling of toxics laden ship from the US, Oriental Nicety, or the clean up of the 350 tonnes of waste lying at the defunct Union Carbide factory, hazardous waste has been much in news recently. Dilip B Boralkar, who for 26 years has held important positions in various pollution control boards and worked on treatment and management of hazardous waste in India, speaks to Moyna on the need for strong political will and capacity building for management and handling of toxic waste. Boralkar was also a member of the Supreme Court appointed monitoring committee set up in 2003 on hazardous waste. Edited excerpts: 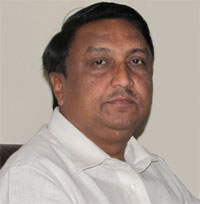 What is current state of hazardous waste management in India?

The overall situation of hazardous waste management is now much better than a decade ago. Common hazardous waste treatment, storage and disposal facilities (TSDFs) have come up in almost each state. However, a strict surveillance and monitoring of TSDFs is required as there have been incidents of hazardous waste stored in TSDFs catching fire. Moreover, it has also been noticed that TSDF operators are involved in clandestine disposal and dumping of untreated hazardous wastes in the open. There have been instances where registered recyclers were found selling used oil in open market rather than reprocessing and converting it into useful products.

In my opinion, the 2003 amendments to Hazardous Waste (Management and Handling) Rules of 1989 followed by its complete replacement in 2008 have diluted certain provisions of the Rules and even Basel Convention Ban Amendment is yet to be ratified. The Amendment adopted in 1995 prohibits movement of hazardous waste covered under the Basel Convention. Unlawful imports of hazardous waste continues, especially the waste oil. Also, the regulation on recycling of hazardous waste within the country seems to be weak. Recycling requires proper surveillance and monitoring by regulating agencies. But there have also been some positive fall-outs of the regulations. The rules have led to the institutionalisation of environmentally sound handling of hazardous waste.

What are the key concerns regarding hazardous waste generation and treatment in India?

The main thrust area should be promotion of waste minimisation and application of environmentally sound technologies in the manufacturing processes generating hazardous waste. For example, acid free recycling of used oil based on vacuum distillation process. Compliance of regulations and ecological remediation of the contaminated sites need attention. Waste recycling and reclamation policies should be formulated immediately for proper growth and investments through public-private partnerships. For instance, recycling of e-waste, plastic waste, domestic garbage and even the building construction and demolition debris have huge potential for recycling and as a profitable business. This could be supplemented with encouraging tax concessions.

Are the rules, definitions dealing with hazardous waste sufficient?

Regulatory regime and services for management and handling of hazardous wastes are well placed and of international standards. We need stronger political will, institutional capacity and training for enforcement. The pollution control boards responsible for the enforcement of hazardous waste regulations should have leaders who possess relevant qualification, knowledge and experience to deal with the subjects at hand, which are essentially based on science and technology and are not just the matters of civic administration.

What are the main bottlenecks in dealing with hazardous waste in our country?

In spite of several efforts, unlawful imports and dumping of hazardous waste continues. Hazardous waste oil is imported usually by false declaration and when challenged or confiscated by the customs, it becomes our liability as it cannot be re-exported as per international laws. Proper sealing of our borders and strengthening of the customs is essential. In my opinion, the export and import policy of the government dealing with petroleum products, non-ferrous metals, electrical and electronic goods should be re-looked taking into consideration environmental concerns. Ban on import of hazardous waste even for recycling needs should be enforced strictly.

Following the recent Supreme Court judgment that asks government to ban import of toxic waste, what should the way forward for hazardous waste management in India?

The Supreme Court order of July 6  is monumental and will go a long way in terms of its impact on proper management of hazardous waste and environment protection in India. It is also a reflection of India’s commitment to the international community for control of unlawful import/export of hazardous wastes for dumping. The order encourages waste recycling, remediation of contaminated sites and public disclosure and information regarding hazardous wastes. Now, it is up to the authorities and the industry to implement the court order and hazardous waste rules as best as possible and encourage public participation.