Infectious diseases expert, T Jacob John says there is no evidence to prove India's blanket flight ban will help in containment of COVID-19

As the number of confirmed COVID-19 cases in India climbed to 85 on March 13, 2020, Down To Earth spoke to T Jacob John, a paediatrician who has extensive experience of more than 25 years in microbiology and virology, for understanding India’s response. Edited excerpts:

Banjot Kaur: India has imposed a ban on the entry of foreign nationals. Will this help in containment?

T Jacob John: Science demands evidence. If there is evidence that people from across the globe, and not just from countries like Iran, Italy, South Korea, Japan and China were spreading infection, then it was right. But I am afraid no such evidence exists. To me, it is a panic reaction of the government even though it is appealing people not to spread panic.

BK: State after state in India is closing schools, parks as well as big social gatherings. Were these social distancing measures required? 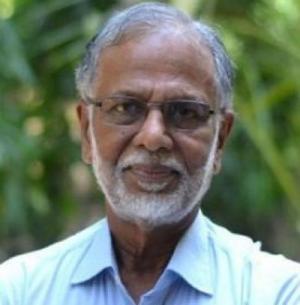 TJJ: Has any state government told you what is the risk assessment in their state?  If not, how can they do this? Some states like Bihar, Madhya Pradesh and Odisha, that do not have a single positive case, have also done this; but on what basis, we don’t know. If nothing else, this will create panic among people and such drastic steps will badly affect day-to-day life.

BK: Some 6,000-odd samples have been tested so far for the virus. Is this enough?

TJJ: I don’t think so. But I suggest you look at this fact in perspective. What is India’s assessment of severity? If you look at the blanket travel ban, it indicates the risk assessment is very, very high. If that is the case, 6,000 is too low. So, these two measures don’t gel with each other.

BK: The government says some 4,000 people have been traced as part of a contact tracing exercise across India. Is that enough?

TJJ: To me, it does not look a bit on the lower side because it would mean less than 50 contacts traced per case as of now. It is very important because the more contract tracing they do, the more time they would have to prepare the hospitals. Once the cases go up, contact tracing would be very difficult because of the sheer volume of people to be traced.

BK: The WHO says 30-40 per cent of those hospitalised would need ICU care. Are we prepared?

TJJ: Our health management system is not geared to face anything of that sort. We are minimalistic in our health management. We don’t have enough ventilators and medical oxygen. The lesson from the H1N1 pandemic was to be prepared for a large number of pneumonia cases in all hospitals. We did not learn it.

We did not understand the value of health investment and creating health infrastructure and human resources. This outbreak will offer us very basic lessons, the hard way.

BK: What will be the trajectory of this virus in India?

TJJ: As much as 60 per cent of the Indian population would be infected in a year’s time because the infection would be seeded well. The reason why I put such a number is the fact that unlike mosquito- or water-borne infections, this is a respiratory infection.

In due course, people would develop immunity and then it would become endemic. That is, every year, it would come with a specific seasonality like other respiratory infections do.

DISCLAIMER: The response to question on contact tracing has been amended as earlier the number of contacts traced was published as 8,000