If the virus spreads to rural areas and the Hindi heartland, we may have a peak much later, T Sundararaman, former dean at the Tata Institute of Social Sciences, says in a video interview

The novel coronavirus disease (COVID-19) has resulted in a nationwide lockdown in place in India for the past few months, halting economic activities and raising questions over its effectiveness against the virus (SARS-CoV-2).

T Sundararaman, former dean of School of Health System studies at the Tata Institute of Social Sciences and an independent consultant, speaks to Down To Earth on India’s exit strategy from the lockdown, how we need a robust disease surveillance programme backed by testing and why we should allow migrants to return home safely. Edited excerpts:

Srikant Chaudhary: What should India’s exit strategy be? 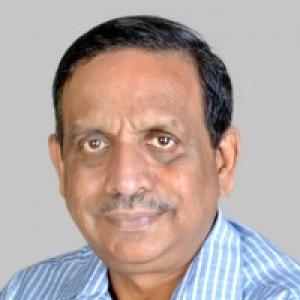 TS: There is one part of the exit strategy very few people are talking about and that is a robust disease surveillance programme in the country, not only for COVID-19, but for all causes of mortality and morbidity. As summer peaks in and monsoon comes in, other epidemics will also rise because you don’t know where hotspots and clusters will be.

The lockdown is a very blunt and crude instrument. The purpose of doing it is to shut everything, since the problem cannot be ascertained through it. Unless there is a robust disease surveillance — backed by testing — you cannot focus on post lockdown effects or even identify a hotspot. That’s one issue.

There are many rules to understand disease surveillance:

A lot of people at the top seem to be learning on the job, when they should look at what was learned in the past 10 years and try not to reinvent it.

It is very difficult to build and stabilise an integrated disease surveillance programme (IDSP) and they need to do much better.

The second big issue is you cannot look at lockdown as a cure-for-all phenomenon. Its aim is to reduce inter-personal contacts. At every point — whether it is households, work places, schools or colleges — there is a certain level of interpersonal contact, so one has to take careful choices.

Through lockdowns, you just decrease the probability of contact. In Sweden, for example, schools, certain workplaces and public transport are allowed to function. They can allow different things to function as the overall the interaction in society should be low.

This lockdown is a geographical one: Where you take a geographical area, shut everything and can’t step out to take walks with your family members. It does not make sense from a public health perspective.

The virus does not spread through the air. It requires people-to-people contact and for people to come in contact with surfaces where they could come in contact with the virus. Therefore, a scientific strategy will take different areas of social distancing, informed by much better understanding social mixtures. As far as migration is concerned, we should have a plan on how to move migrants back to their home.

They have the right to go home.

Who are we, as a state, to stop people from reuniting with their families? We can advise them the safest way to go home and whether we need to do a quarantine or if it is enough to do home quarantine and take precautions.

If they test negative, they can go home. One need not actually have a lockdown and one should not shut any area, without advance notice. We are not trying to catch a thief.

Give people a fair warning, let them pack, get their children home and meet people who can take care of them.

Therefore, this whole dramatic lockdown — done as a bold action — is neither bold nor humane. This loss of humanity and brutalisation of the lockdown is perhaps the saddest part because it has also led to a huge degree of stigmatisation, making the control of this disease difficult.

TS: Rapid tests have two rules: One is zero surveillance where its role is definite, the second is that it is valuable even in a clinical setting, if read along with symptoms by a qualified doctor.

When some of the reports say tests for the virus were positive but antibody tests were negative, it may be an early stage of the disease. In the later stage, you may test negative for the virus and positive in the antibody test. This does not mean there is no infection. It has to be interpreted.

On the other hand, if you know through a gold standard by analysing other tests and you show that there is a certain antibody in the patient and the rapid tests are not picking up those antibodies, then you are fair to say the test is not reliable.

We need to differentiate between tests being reliable within a certain context of when it would expect antibodies in the blood.

Another context is where you actually know antibodies are present in the body by other means, but are not able to measure them. So we should reject kits that fail in the second one. The first one, however, is a matter of interpretation.

There is also the issue about training for using the kit, storage temperature of the kit and field conditions under which they operate.

Most of these test works under 30 degrees Celsius (°C) and during this summer, several areas may be above 40°C, the ambient temperature. The bottom line is that rapid antibody tests are very useful provided one learns to use them.

Its so rapid that people may not have learnt it quickly but this sort of knee-jerk reaction of first ordering kits and then rejecting them and telling them to not be used or used: You have to go batch-by-batch, according to protocols.

SK: How has India’s COVID-19 curve been different from rest of the world?

TS: If you look countries at our level of gross domestic product, our level of healthcare performance, our level of social determinants, you will find the curve is about the same.

We cannot compare ourselves with Spain or the United States (US). We are not on a par with them on this particular issue. We had a lockdown around the same time Belgium did, but the country on to have many more cases. Ours is a different social structure: We have fewer number of cases.

The problem is what will happen after the lockdown. So in some sense, we are at an early part of the pandemic. In terms of the curve, it is so far so good.

But we should be very careful, as we will be seeing a sharp increase. Even now, the real number may be 10 times more. I said so far so good after I assumed, we will be having something like 300,000 cases and 10,000 deaths.

This could be — to my mind within the given context of India’s population — a reasonable number of figures we can have.

In India, it has a wider spread, so we have at least five to six states that have wider spread. Except Kerala, no state got out of it. Goa too, but it never had a major outbreak. I don’t know why, it is very surprising.

But Kerala has been able to go into endemicity and will continue to have a small number of cases every week, which is not bad. It should not be seen as a failure, but as success. Unfortunately, Maharashtra, Gujarat, Madhya Pradesh, Tamil Nadu and Rajasthan are not reaching that level and we may see a further spread in these states. So, I think we can do better generally, but in places we have a real problem, it may actually worsen.

SK: How will it spread to rural areas?

TS: The disease starts in urban areas, with affluent population and slowly spreads to rural areas and poor population. Even now, the number of infections in migrants will be low, expect those placed in distressing quarantine conditions, where they may actually pick it up. So when they are released, it spreads.

So, the start of the spread in rural areas will be slow. The possibility of maintaining distances is more in rural areas, therefore the rate of spread will be slower. But when it spreads, access to healthcare and testing being bad, it may be assumed that the disease will fester in some villages. It may peak and cause deaths without knowing.

A large part of rural India’s deaths occur at home. They occur without any medical attention as of today, even before the COVID-19 pandemic.

So, these may occur and you may not even register them. We have seen that with the malaria epidemic, there were villages where malaria raged, but news did not break or it came out late.

SK: How can the nature of the virus change in the coming months in India?

TS: Mathematicians give us ideas as if we can predict them to the last number of cases. I even see artificial intelligence giving us a date for the end of the pandemic.

I don’t think that kind of certainty exists and I am not going to speculate on this. What one does know is the pandemic will tend to continue till herd immunity is built up.

You may find if the virus spreads to rural areas and the Hindi heartland, we may have a peak much later in August to October-November, which is also our flu season. We should be prepared for that.

That is one reason we should not exhaust ourselves in lockdowns now as we may need further strategies down the rope. This is not a mathematical prediction.

In all scenarios, there is continuing spread of illness till the vaccine arrives. In this continuing spread, we do have control over rate of spread and the area of spread. If we won’t be able to do much better, we should learn to actually manage within that.

We can keep mortality very low and can keep economic and livelihood distress much lower. We should completely eliminate stigmatisation and brutality. That is first thing we need to eliminate before COVID-19.