Katherine Eban, author of Bottle of Lies, is an investigative journalist whose articles on pharmaceutical counterfeiting, gun trafficking and coercive interrogations by the CIA have won international attention and numerous awards. She speaks to Down To Earth about her book and generic drugs 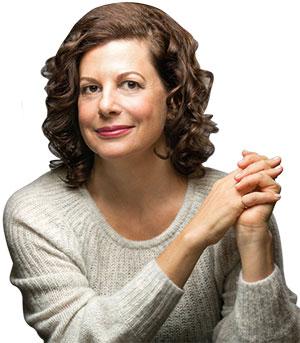 Did you do the lab tests yourself, or is the book based on US Food and Drug Administration (USFDA) records and other reports?

Everything I assert in the book is based on documentary evidence that includes detailed USFDA documents, interviews with sources and materials, including photographs that I gathered during my reporting. I did not do independent laboratory testing.

Are you per se against generic drugs?

I am absolutely not against generic drugs. They are essential to individual patients and to global public health. In fact, I take a generic drug myself every day. Rather, I am for better scrutiny, better monitoring, and a greater commitment to quality by the world’s generic drug companies.

What similarities and differences did you come across in India and the US while investigating?

My reporting exposed that generic drug companies routinely make drugs of differing quality, depending on the vigilance of regulators in the markets to which they’re exporting. They often make their worst drugs — with the lowest-quality ingredients and the most manufacturing shortcuts — for the least regulated markets, including India.

This practice of creating different levels of quality for different markets is so prevalent, the generic-drug industry has a name for it: dual-track production. This means that patients in developing, or less regulated markets, who are most dependent on low-cost medicine, are getting the worst versions. That is very unfortunate for Indian patients.

In hindsight, do you think the ‘first-to-file’ incentive, which led to drug firm representatives camping outside USFDA headquarters day and night, was flawed since it ignited fierce competition among drug firms and eventually compromised quality? Who should have first flagged the problem — private firms or government agencies?

There is no question that the ‘first-to-file’ incentive was flawed. On one hand, it rewarded generic drug companies willing to risk the costs of patent litigation.

But on the other hand, it ignited a rush to be first, and inspired generic companies to take dangerous shortcuts. I believe the obligation belonged to USFDA and to Congress to amend the law — Hatch-Waxman — that sparked the gold rush of ‘first to file’ to start with.

Your book showcases two alternative models for the Indian generics industry: Cipla, founded by Khwaja Abdul Hamied, based on Gandhian principles; and, Ranbaxy, founded by Bhai Mohan Singh and nurtured during the License Raj in India. After the Ranbaxy debacle, have Indian drug makers reformed in their manufacturing of drugs?

The industry claims it has reformed, and that the bad old days of Ranbaxy are in the past. Yet, each week seems to bring a new incident to light of more data fabrication and an attempt to conceal quality records. The most recent allegation has been against Bengaluru-based Strides Pharma, which according to USFDA regulators, discarded quality records and hid them in a 55-gallon drum in its scrapyard.

You talk about “dual-track production”. You also detail how this has led to anti-microbial resistance. How can Africa, which was in the throes of the AIDS epidemic during the past three decades—and is facing Ebola now—be self-reliant in drugs?

While self-reliance would be ideal, that is not realistic. What is more realistic, and necessary, is for generic companies to have one quality standard for the entire world. Many companies either manufacture different standards of quality within a single plant, or manufacture for less regulated companies in grossly substandard manufacturing plants.

Does the Ranbaxy affair remind you of any other similar instance in the US or across the globe in terms of the magnitude of fraud perpetrated?

There have been numerous high-profile scandals over data rigging in the news in the last few years—the Volkswagen emissions scandal, the Kobe steel scandal, to name just a few. But when I think about Ranbaxy, the scandal that really comes to my mind is Enron: a massive corporation, familiar to most Americans, but corrupt to its core, and whose executives were determined to reap profits, regardless of consequence.