In times of rising costs of healthcare compounded by shortage of funds, UNITAID, a UN organisation, was set up in 2006 to improve access to life-saving drugs in developing countries. Unlike other UN bodies that depend on donors, the organisation is innovative in the way it collects funds and operates. Denis Broun, executive director of UNITAID, talks to Vibha Varshney about novel sources of financing and their potential to transform the market 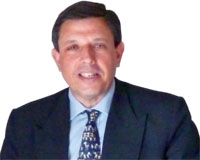 UNITAID’s mission is to scale up access to treatment for HIV/AIDS, malaria and TB in developing countries. This is achieved by obtaining price reductions on quality drugs and diagnostics, and by accelerating the pace at which the commodities are made available. These interventions are funded by innovative mechanisms, such as small levies on air tickets. Chile, for example, charges an extra US $1 on international travel tickets. US $1 worth medicine is sufficient to save two children suffering from malaria.

Why did you choose air tickets?

The levy on air tickets forges solidarity between people who can fly and people who cannot afford medicines. Besides, such levies do not hurt the poor. In a 2002 assessment of the Internet, mobile phones and air transport, we found that the latter is a better option to tax. Air tickets are expensive and the service is used by people who have enough money. On the other hand, poor people too use the Internet and mobile phones. At present, 70 per cent of our funds come from the levy on air tickets in 10 countries—Chile, Brazil, France, Korea and six African countries.

Doesn’t the industry oppose the tax?

The industry did show resistance initially, which was natural. But studies show that this kind of tax does not impact competition as it applies to all airlines departing from countries that impose it. We are trying to increase the number of countries involved in this initiative. In India, I have discussed with the civil aviation and health ministries to see if a levy can be imposed on air tickets. It would be an additional sum of around Rs 20 per ticket. Since the contribution would be spent on the treatment of the poor, I believe people would accept. Most of the generic drug manufacturers are in India and the money will go back into the economy.

Is UNITAID looking at other innovative sources of financing?

UNITAID advocates a small tax on financial transactions, such as securities (shares, bonds and traded funds), futures and derivatives. This would create large amounts of funds. Countries like the UK and Taiwan already tax such transactions, which shows the levy does not have an adverse effect on the economy. The financial sector is not paying enough. In 1929 it contributed 30 per cent to the world GDP. Now it is 6,000 per cent of the GDP—60 times the real economy. Financial transaction tax would be a re-balancing act between financial economy and real economy. The fund can also be used to mitigate climate change impacts that require large sums of money.

Tell us about the impact of your work.

In Africa only the rich could afford ACT (artemisinin combination therapy to treat malaria). The poor used a cheaper medicine which was ineffective. We subsidised ACT and manipulated the market so that the ineffective drug was removed from the shelves. With rising demand, the market is likely to become self-sustainable as prices are going down. There will not be any need for subsidy in some years. This kind of transformation cannot be achieved through tenders used by agencies like Unicef. Funds generated through air ticket levies made it possible for us to catalyse the market and transform it.

To transform markets, we talk to both branded and generic manufacturers. Recently, we held negotiations with the manufacturer of GeneXpert, an efficient diagnostic kit for TB. Following the negotiation, its price has been reduced from US $17 to less than $10. Low-income countries can now use the diagnostic.