Tobacco is the leading cause of heart diseases among the young. Nandita Murukutla, country director (India) of non-profit World Lung Foundation, says mass media campaigns are effective in discouraging the youth from taking to tobacco—smoking as well as chewing varieties. Excerpts of her interview with Jyotsna Singh 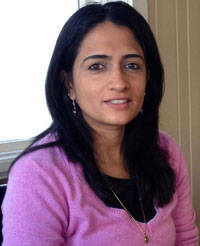 How prevalent is smoking among Indians? Are more young Indians (below 40 years of age) smoking now?

The last comprehensive survey of tobacco consumption, the Global Adult Tobacco Survey (GATS), was conducted in 2009−2010. According to GATS, there are almost 275 million tobacco users in India (about 35 per cent of adult population). Smokeless tobacco, like zarda, khaini and gutkha, depending on the region, is the primary form of tobacco consumed (26 per cent of adults in India), followed by smoking tobacco (14 per cent of adults in India). However, the harmful effects of smoking tobacco go beyond the users themselves to those in their vicinity. They are harmed by the toxic effects of exposure to second-hand smoke. Nearly 52 per cent of adults report being exposed to second-hand smoke at home and 29 per cent in public places (primarily restaurants and in public transport vehicles).

Are an increasing number of young people falling prey to lung diseases as has been observed in the case of heart diseases?

Tobacco use is the chief preventable cause of disease and death worldwide, and in India, too, where it has been estimated that one million die annually from tobacco-related illnesses. Lung diseases are estimated to be the chief cause of death, disability and loss of productivity. In this decade, smoking is expected to cause about one million deaths a year. This means one in five of all male deaths and one in 20 of all female deaths for ages 30-69. On an average, men who smoke bidi lose about six years of life, women who smoke bidi lose about eight years and men who smoke cigarette lose about 10 years.

What policy measures are being implemented in India to reduce smoking? Are these effective?

The good news is that through decades of scientific research experience, we know how to effectively combat the tobacco epidemic. These interventions have been captured in WHO's MPOWER policy package and in the international treaty, the Framework Convention on Tobacco Control (FCTC). The core interventions include increased taxation on tobacco products; implementation of smoke-free laws; ban on tobacco advertising, promotion and sponsorship; educating the public about harms of tobacco; placing warning labels on tobacco products; and offering cessation support. These interventions are effective not only for the population at large, but also for vulnerable populations like the youth. For instance, tax increases (and resultant tobacco price increases) are effective among the youth, who tend to be price sensitive; bans on tobacco promotion and mass media campaigns, particularly the graphic ones that deglamorise tobacco use, change social pressures and norms around tobacco use. Pictorial warnings on tobacco products are particularly important for low-literacy populations.

Do you have some recommendations for policy changes? What are your views about the current policy climate in India?

India has made many important strides in tobacco control. Some of the innovative and commendable efforts include the strong communication campaigns implemented by the Union Ministry of Health and Family Welfare that depict the truth about tobacco and the harm that it causes to its users and their families. In this regard, MoHFW's efforts to combat the positive portrayal of tobacco consumption in films through the implementation of the Tobacco-Free Film Rules under the Cigarettes and Other Tobacco Products Act (COTPA), which requires the inclusion of anti-tobacco public service announcements before and during the screening of films, is particularly unique and noteworthy. The ministry has taken seriously the research that has shown that positive portrayals of tobacco in films increase tobacco consumption among the youth and the government has taken a significant step to counter this. The scale-up and better implementation of the policies embodied in FCTC are critical for India to fight the tobacco epidemic, and stem the tide of non-communicable diseases that will follow in its wake.

The “Quit Smoking-Artery” campaign released by the health ministry, which shows how smoking cigarettes and bidis leads to the build up of dangerous fatty deposits in the heart, made some impact.

But it (the campaign) was on for barely five weeks. Was this not too short a period to make a campaign effective?

For mass media campaigns to be effective, they must contain messages that are impactful and resonate with the target audience. We know that “artery campaign” meets these criteria. Additionally, campaigns must be on air for a sufficient period of time and at sufficient frequency during that period to reach its intended target audience for maximum impact. However, there is a point of diminishing returns, meaning that after a point a campaign can be said to have run its course. It loses its novelty and people cease to pay attention to it. Hence, a general rule of thumb, confirmed by impact evaluations conducted in India, has been to run campaigns of five to six weeks duration. We expect that campaigns of duration similar to that of the “artery campaign” would have a positive impact.

Besides, it is important for tobacco control messages to continue on air for most of the year in order to be effective. Therefore, upon the conclusion of one campaign, and following a brief break, it is important to continue with other strong and evidence-based tobacco control communication campaigns. When planned strategically and implemented according to the latest science of advertising and media planning, we can expect campaigns like “artery campaign” to reduce tobacco consumption and change social norms and practices around tobacco use.

What can we learn from other countries that have reduced their tobacco consumption substantially?

When dealing with a country as large, diverse and as populated as ours, it is critical to devise strategies that are efficient and scalable for maximum impact. There are tried and tested interventions for addressing tobacco consumption among the youth, and these are encapsulated in the FCTC and MPOWER frameworks described earlier. Among these, mass media campaigns are a highly effective means of reducing and preventing tobacco consumption among the youth. In fact, the 2012 US Surgeon General's report on effective tobacco control approaches for youth notes that graphic mass media campaigns that work among adults, also work among the youth. This has been corroborated by evidence and experience in India as well.

India signed FCTC long ago, but tobacco consumption is still a problem. How can we be sure that WHO-suggested strategy will work now?

The treaty provides guidance on tobacco control. Implementation and result of proposed stategies take time. The next Global Adult Tobacco Survey (GATS) is expected to be conducted in 2015. It is then that we'll know whether campaigns have worked or not. So far the indications are that smoking among the young and at public places has reduced. But we can be certain about it only next year.