Jagdish Bahadur, an expert on glaciers and former joint advisor, department of science and technology, and Syed Iqbal Hasnain, who heads the Glacier Research Group at Jawaharlal Nehru University, criticise India's lack of a positive response to a recent United Nations Environment Programme (unep) study on the dangers of melting glaciers, in a hard-hitting interview with RITU GUPTA. Scientists from unep and the International Centre for Integrated Mountain Development (icimod) have revealed that global warming is causing at least 44 glacial lakes in Nepal and Bhutan to grow in size so rapidly that they could burst their banks within five years. The situation, which is causing widespread panic internationally, has left India cold 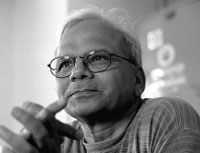 SYED IQBAL HASNAIN (SH): See, glaciers are under tremendous stress due to global warming and are receding all over the world. These glaciers usually develop glacial lakes at their snout area. The lakes are bounded or dammed by debris or loose rock material. When there is pressure on these lakes due to ice-calving, seismic activity or landslides, they give way, generating a flood wave. This phenomenon, called GLOF, is now increasingly common in the Himalayas.

And these GLOFs are likely to cause harm to human life and property, aren’t they? 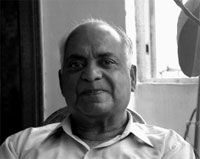 JAGDISH BAHADUR (JB): The last major GLOF in India took place in 2000 in Himachal Pradesh. That incident claimed the lives of more than a hundred people and caused immense damage to a hydel power project in the area. The loss was estimated to have touched Rs 600 crore. The incident moved the state government to ask its department of space for a report on the incident. I saw that report, and the only thing it made clear is that the officials were completely unaware of the GLOF phenomenon.

How relevant is the UNEP study in this context?

JB: It is a very important finding, and the report lays out its relevance to India as well. Unfortunately, the evidence is that we are yet to form a national committee as stipulated by the UN, thanks to government lethargy and inter-departmental conflicts.

But why did we fail to set up a national committee?

JB: See, it’s like this…under the United Nations project, FAO (Food and Agriculture Organisation — the monitoring agency of the project) is giving funds to countries that have formed a national committee on mountains to conserve and develop their mountains. FAO is assisted in this by the UNEP, UNESCO (United Nations Education, Scientific and Cultural Organisation) and UNDP (United Nations Development Programme). The funds will flow from FAO, and therefore, the Union ministry of environment is unwilling to form the national committee because it will not get the funds. On the other hand, the agricultural department, which will get the funds, asserts that mountains are a concern of the environment ministry. India is missing an important opportunity...

SH: I agree with that…there is a lot of politics involved. For this study, UN was acting as the funding agency. It was not conducting the study itself. UN would fund the programmes after reviewing their viability. In India, we are not studying even basic glaciology. The very few that work on this area fight among themselves. UN might have reservations about giving funds in the prevailing scenario even if a proposal were submitted. The government of India really should explain why the national committee was not set up. President of the Indian Mountaineering Federation (IMF), N N Vohra, proposed to set up the committee, but his initiatives were killed by the Union ministry of environment. The ministry said that it would make its own committee. Till date, no committee has come into existence. 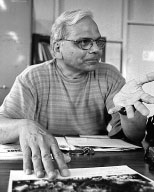 The committee Vohra suggested enlisted many experts and scientists, but then perhaps the ministry wanted bureaucrats in its committee. We have wasted a lot of time and do not have a single programme on mountains. I know for sure that the department of science and technology (DST) has contributed nothing towards initiating such programmes. The problem in India is that too many agencies are involved in the management of the Himalayas. Glaciology is the subject of the Union ministry of science and technology, ecology comes under Union ministry of environment and forests, and water is the concern of the Union ministry of water resources. On the other hand, atmospheric sciences and geology are under the DST. This allows ministries to pass on the responsibility to other departments.

But is it necessary for researchers to seek government permission in India for the study of glaciers, especially in view of security considerations…. Wasn’t that one of the reasons given for not participating in the UN study?

SH: No. Restrictions for conducting research are applicable only near the line of control. Otherwise it is open. In this world of globalisation, no secrets can exist. Indian officials are living in an outdated mindset. Today, the world knows more Indian secrets than we do.

JB: It is foolish of India to come up with security considerations as a reason for not participating in the UNEP study. The fact is that other countries, like China, monitor Indian glaciers better than we do. China, for example, claims that 49.8 per cent of all Himalayan glaciers belong to it. When I spoke to the external affairs ministry, they had no comments to make or statistics to cite. This is the state of affairs here.

In fact, seen in a historical perspective, India has never participated in any major study on glaciers. I would go so far as to say that it is a norm for India to boycott all international studies on the Himalayas. Even the Chinese are cooperating with the Americans, Japanese and Russians. Why does India stay out?

SH: Actually, the basic question here is: who do we talk to? The sheer number of government agencies involved is the real problem. If the government were to give the management of Himalayas to a single agency, that particular agency could be sensitised about the changing scenario and the problems.

There were parliament questions about glaciers melting due to global warming, and a standing committee was set up to look into the matter…

SH: I am not aware of such a committee being set up, but it could help organise some research programmes.

JB: As far as I know, following the parliament questions, there is a proposal to set up a Centre for Field Operations in Himalayan Glaciology. However, I believe that even if the proposal is implemented, the centre would mainly provide information for defence purposes, and not for ecological protection.

What about DST’s programme on glaciers? How successful is it?

SH: It is quite successful…at least there is a programme! DST funds scientists to conduct research on glaciers. I feel that DST should ensure publication of the results of such research in ‘reviewed’ international journals. This does not happen, and the research becomes completely useless, especially in view of global acceptability.

Then why aren’t glaciers monitored under DST’s glacier programme? 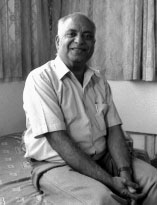 JB: There is no commitment, you see. DST’s aim is to promote research and development, not conserve the Himalayas. The department of environment is responsible for glaciers. Besides, there is a regular funding problem for the DST’s glacier programme.

It seems strange that even countries like Nepal and Bhutan monitor their glaciers, but India is unable to…

JB: That is a big question. We do not have a single scientifically sound mountain monitoring station. Nepal has six of them above an altitude of 400 metres. Funds are not the problem when it comes to setting up such stations. The problem is that officials are trying to manage the Himalayas without the slightest clue about the region.

SH: The other aspect is that countries like Nepal are especially worried. Unlike India, a majority of their population is at threat. Only a fraction of Indian population lives in the Himalayas. But GLOFs could cause considerable damage in India as well. In fact, India holds the largest share of the Himalayas, and ought to have a number of programmes for the area. Added to this is the fact that there is no coordinated approach among scientists. There is also no central agency that could combine data pertaining to various aspects of Himalayan ecology. A huge amount of money and effort is wasted. However, internationally, there is considerable interest in the area, and a number of glacial lakes are being monitored by international programmes.

JB: I would put it this way: our executive is wilfully ignorant….