Disease maps help capture distribution of pathogens and their transmission intensity. An international team of researchers has reviewed 355 of the widely available maps of infectious diseases and found that only seven of them were comprehensive. The study was published in the February 4 issue of Royal Society B. Katherine Battle, lead researcher of the study from University of Oxford in the UK, explains the findings to Ankita Malik. Edited excerpts 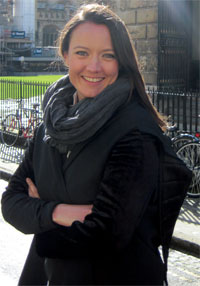 Why is accurate mapping important?

Accurate mapping helps quantify global burden of infectious diseases, assess the likelihood of disease outbreaks and explore the propensity of disease emergence and evolution. It also acts as a tool of international biosurveillance.

What motivated you to do the study?

Disease maps have long been used in planning public health measures. They allow immediate visualisation of the scale and foci of diseases, while providing a baseline from which we can measure the success or failure of control efforts. Though a great range of maps exists for various diseases, they are based on using diverse mapping methods. For instance, depending on the nature and accuracy of data available, there can be simple maps of disease occurrence or more complex prediction maps based on models developed using environmental variables. This makes the comparison of maps within and among diseases difficult. We wanted to audit the extent of the diversity in existing maps and determine what proportion of diseases have been mapped to their full potential.

What are your findings?

We found that of the 355 infectious diseases studied, 174 varied spatially and would, therefore, benefit from mapping. Of the 174 diseases, only seven (4%) were comprehensively mapped, meaning they were mapped using the most advanced technology based on the type and amount of data available. We also found that through the use of novel technologies and unconventional data sources, such as the social media, there is a potential to rapidly improve the landscape of infectious disease cartography.

What gaps are there in the mapping?

The most consistent gap in the mapping process was lack of additional information regarding disease distribution. This includes information on biogeographical limits of a disease and reservoir or vector species, which are important while employing ecological niche modelling techniques.

Similarly, we noted there was insufficient use of human population maps. This constrains the information on places where diseases are likely to be found.

What are your recommendations?

There are innovative ways to improve the process of mapping as well as the maps. Progress has been made towards accessing information on disease occurrence and location from databases of published scientific literature (PubMed and GenBank, for instance) as well as from online outbreak alert resources like HealthMap and BioCaster.

There also appears to be a future in utilising the huge volume of data arising from the social media, most notably twitter that has already been used to spread flu outbreaks. While these sources are not as reliable as published literature, crowd-sourcing (the use of large numbers of non-experts) offers an exciting and promising strategy to filter through the data from technology and media sources.

Any specific observation for India?

Distribution of diseases are often reported at the country-level. Given India’s size and ecological diversity, this simplification is likely to be a very crude representation of the actual situation. So the use of human population maps would greatly improve our knowledge of disease distribution within India.