Interview with Rebecca Bendick, Geologist and Professor at the department of geosciences in the University of Montana 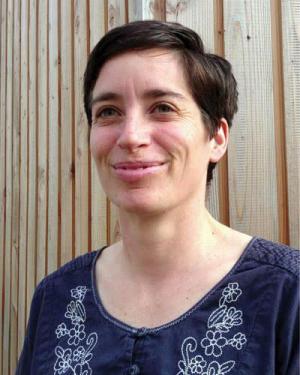 The Gorkha earthquake that hit Nepal in April 2015 devastated the country.

Geologically, the earthquake may have unlocked fault lines in the region, changing its seismicity. Rebecca Bendick has studied the April 2015 quake as well as previous earthquakes in the area to find what the area’s seismic future looks like.

Her research provides new insights into the region's tectonics which will be useful to India and even in other countries with similar risk and vulnerabilities. The data collected in Nepal will inform the broader disaster research community.

In an e-mail interview with Down To Earth, Bendick elaborates on the finding of her research.

What are the major findings of your research?

Our main findings are that there was some afterslip in the first six months after the Gorkha earthquake, which released the equivalent of a M7.1 earthquake down dip on the Himalayan faults, so underneath southern Tibet. However, there was no afterslip on the patch of fault south of Kathmandu, so that area will have to move in a future earthquake.  We also found that this pattern of “incomplete” rupture appears to have happened in the past, and must leave regions of stress beneath the Himalaya that will contribute slip to future earthquakes.

Please explain the methodology used for your study.

We used observations from ground-based GPS instruments to measure the motion of the earth after the earthquake. We also used mathematical models to compare the observations with predicted motions from a range of scenarios.

What does your study reveal about the history of the major Himalayan earthquakes? What according to you is the most unique about them? How are they different from 2015 earthquake in Nepal region mapped by you?

Our study shows that the total tectonic motion between India and Asia must be accommodated over centuries by a combination of great Himalayan “megaquakes” plus many smaller events the size of the Gorkha quake. The study also suggests that there may be past quakes in the area that are not recorded well using paleoseismology, or the technique of digging trenches across major faults, because the record of all Himalayan quakes is not recorded at or near the surface on surface ruptures.  Also, the study suggests that the record of past quakes might be hard to interpret because they might have very patchy or unexpectedly large amounts of slip.

You have said that our ability to forecast earthquake hazards in the region is even worse than we thought. What do you mean by this?

We normally use the record of past earthquakes to help forecast future events, especially their probability of occurring in some time interval.  However, this method is very sensitive to the assumptions that we have a good record of many past events, especially their timing and magnitude.  If past events are being missed because they don’t have a surface record (they stop short of surface faults like the Gorkha event) or they have atypical slip distributions, then they could lead to very large uncertainties in the probabilistic forecasts.

What is your understanding about the frequency and magnitude of earthquakes in Nepal and India?

What can you say about the scale/magnitude of earthquakes that Nepal and India in the future?

Both the paleoseismic record and the basic physics of tectonics and faulting demonstrate that the Himalayan region will have earthquakes greater than magnitude 8 in the future as well as earthquakes between magnitude 7 and 8.  These events can cause great damage to buildings and harm to human communities.

What can the countries do to prevent widespread devastation during future quakes?

Because of the likelihood of large and great earthquakes in the Himalaya in the future, actions to make communities and infrastructure more earthquake resistant are very good investments.  Activities like creating community emergency plans, requiring reinforcement in concrete and masonry buildings, enforcing building codes, and designing resistant schools and hospitals will all save lives in future disasters.