‘No need to decommission Mullaperiyar dam’ 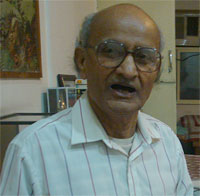 Is there a solution to the current impasse?

Yes there is. But sadly a good number of eminent administrators who have made suggestions to solve this vexatious problem have managed only to fuel insinuating arguments, verbal attacks and counter attacks. Kerala is keen on decommissioning the existing 116-year-old Mullaperiyar dam and constructing a new dam in its place, at their own cost. They say they will continue to supply the same quantity of water, but Tamil Nadu is not enamoured by this proposal. Tamil Nadu government’s defiance is backed by a Supreme Court ruling and the findings of the Central Water Commission, the technical agency of the Union ministry of water resources. The differences between the two states are straining the relationship between governments and people. To solve the problem, I have worked out a solution which may be acceptable to the government and people of both the states.

What do you suggest?

First there is no need to decommission the dam. Let’s be clear that the Supreme Court ruled that the height of the water level can be safely increased from the present 136 feet (41 metre) to 142 feet (43 metre), and after further strengthening as suggested by the Central Water Commission, it can then be raised to the full reservoir level of 152 feet (46 metre). However, Kerala government, fearing for 3.5 million people living downstream of the dam, contend that the court cannot guarantee and give assurances on the safety of a dam, especially when divergent technical opinions are expressed. Now consider that the storage at the full reservoir level of 152 feet is 438 mcm and at 136 feet is 300 mcm. Therefore at the heart of the matter is 138 mcm of water, which Tamil Nadu is losing on account of reducing storage level of the reservoir. By implementing my solution, we can meet this amount without raising the water level of the reservoir as being demanded by Tamil Nadu. The shortage can be made good by building small storages totalling up to about 28.3 mcm within the Tamil Nadu territory, through a number of small tanks and barrages. The balance 110 mcm storage can be obtained through a combination of minor storage tanks, (each having a net storage of about 3 mcm) and barrages each with storage of about 1 mcm, all along the sub-basins of the Periyar and Mulliar river and their small tributaries. These small storages put together would supplement storage capacity of the dam. The series of barrages are intended to store the flood flows within the maximum flood level of the rivers and the streams, and will be in succession one after the other. I have called this the step ladder technology. This chain of barrages starts from the maximum water level of the reservoir extending up to almost the top end of the streams. This will maximise the plausible and permissible storage of water at the flood levels of the channels.

Would both the states agree?

The solution firstly requires that Tamil Nadu accept the reservoir level of 136 feet, as approved by the Kerala Irrigation and Water Conservation (Amendment) Act, 2006. The strengthening of the dam already done, and yet to be done will be more than adequate to ensure the structural stability of the present dam since the reservoir levels will be lower than capacity. The Kerala government then would need to take steps to educate the public on this technical aspect to allay fears once and for all. Lowering of reservoir level from 152 feet to 136 feet is what the Kerala government wanted as contained in their legislation passed in 2006. Hence the technical solution may get the consent of that government especially in the context of strengthening the dam in two stages to withstand a higher water level of 152 feet. The need for a new dam becomes redundant. Both states stand to gain. Tamil Nadu may agree to this solution, since the old dam, after due strengthening will still be under their control. The reduction in storage will not affect the availability of water to them since this would be made good by the number of small storages.

Who will bear the cost?

The techno-economic feasibility of the project needs to be ascertained yet. The suggestion is for detailed investigation and costing. But surely, the entire cost of construction may be borne by the Kerala government, as certainly it would be lower than the Rs 600 crore they are willing to spend on a new dam structure.