Bimal K Banik is President’s Endowed Professor and professor of chemistry at College of Science and Mathematics, University of Texas-Pan American. He is looking for novel compounds to treat hard-to-cure cancers. He talks to Vibha Varshney about the anticancer activity of beta-lactam molecules generally used as antibiotics 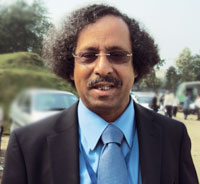 You suggest beta lactams, used in antibiotics, are effective anticancer drugs. How did this idea come to you?

We have synthesized some organic molecules which are similar to beta-lactams, presently used as antibacterials, and demonstrated their anticancer activity. These closed ring molecules are more potent, less toxic and have a greater effect on biological systems than the relatively flexible open-chain compounds. Although beta-lactams have been studied well as antibiotics, their anticancer activity has not been investigated much. Interestingly, our beta-lactams are not antibacterials although they have the components responsible for antibacterial activities.

How do these drugs work?

Our molecules have inhibited the growth of several types of cancer cells, like those of breast, ovary, colon, leukemia, prostate, pancreas and skin, in cell cultures and animal models. They have also been found to reduce animal tumour growth by 70 per cent. They work by arresting the cell cycle of cancer cells and stopping them from dividing further. The cell cycle is a series of events that occur inside a cell before it divides. It is broadly divided into four phases: G1, S, G2 and M.

We analysed two samples for our study—one with beta-lactam treated cancer cells and the other with untreated cancer cells. We monitored the samples for 24 hours to determine the number of cells in each of four cell-cycles. It was found that in beta-lactam treated sample many cells remained stuck in G2 phase and were unable to divide further. While in untreated sample 17.2 per cent cells were in G2 phase, in treated sample as many as 38.4 per cent cells were arrested there. Genomic analyses have also shown that our molecules activate certain anticancer genes widely targeted by chemotherapeutic drugs.

Why is it so difficult to develop anticancer drugs?

Most of the currently available cancer drugs cannot differentiate between normal and cancerous tissue. Developing drugs that kill only cancer cells is, therefore, the biggest challenge. Another problem is to identify and validate the drug target. Computer-assisted drug design has played a good role in this. But most of the times drug candidates do not follow these predictions. An active drug molecule can become inactivated due to metabolic pathways, generate toxic intermediates, not reach target cells and become resistant after a few months. 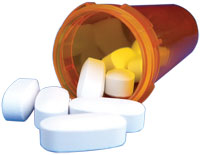 In most instances, cell culture data does not match well with animal data; a compound found to be highly active in lab may not work in the body. There are challenges on drug permeability, half-life and stability. Successful pre-clinical results need to be obtained before a molecule goes for human trial. In addition, selection of the drug regimen and administration of drug is a complex process. We are trying different methods to identify the best regimen and administering process at this time.

How have you manufactured your novel beta-lactams?

We used microwaves to speed up the manufacture of our beta-lactams. While adding an aromatic amine to an organic molecule at room temperature produces trans-beta-lactams after 48 hours, microwave irradiation produces an identical product within a few minutes. In thermally induced chemical reactions heat is applied externally and some of it is lost to the reaction vessel and the solvent. In contrast, microwave-induced reactions involve direct energy transfer from microwaves to the molecules. This enhances the reaction speed.

When can we expect beta-lactam-based anti-cancer drugs in the market?

We are still carrying out experiments and have identified a few lead molecule candidates for pre-clinical evaluation. These molecules have given satisfactory in vitro and in vivo results. Preliminary studies have also been done to identify unique beta-lactams that can kill human tumours for which no effective therapy is available. We would also study the genomic effects of these compounds to better identify their specific cellular targets.