Rapid urbanisation coupled with growing industrialisation has increased the levels of pollutants in the air manifold. But detecting these pollutants is a daunting and costly task. Researchers at Intelligent Materials Research Laboratory of Department of Physics, at Dr Babasaheb Ambedkar Marathwada University in Aurangabad have invented a portable device that can easily detect the pollutants. M D Shirsat, head of the laboratory, speaks to Ashwin Aghor about the device

What is this new device and how would it help?

It is a small hand-held device that can detect the levels of 16 different air pollutants in ambient air. It warns you with a beep sound when the levels of a pollutant exceeds the safe limit. This alerts people and they can move out of the area.

What are the gadget’s unique features?

We are trying to keep it as small as a pocket digital camera or a cell phone. It will cost around Rs 500. The current paradigm of detecting air pollution is expensive, time consuming and tedious. Moreover, the result of the testing is only a snapshot of air quality, not real-time data. Therefore, like wearable radiation detectors, this device will be low cost, durable and easy to operate or real-time monitoring. 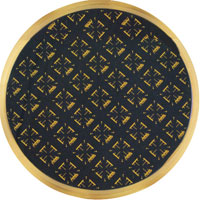 How does the device work?

The gadget has nanomaterial-based gas sensors. Single gas sensors are available in many countries. But we have used different nanomaterials on a single chip so that it can identify 16 air pollutants, including carbon dioxide, carbon monoxide and methane. The data on permissible limits of gases in ambient air would be stored in the device. It will continuously scan the ambient air and once the levels of gases cross the limit, it will let out a beep, warning the user.

How is this device different from others?

We have been working on this for over three years. Several researches are going on in Europe, America and Australia on air pollutants. However, none of the projects have achieved the desired goal to detect pollutants and their levels. Moreover, there are various issues such as portability and the correct range of the pollutants which are not harmful to health. We wanted to develop a gadget which is easy to use and affordable.

How far have you gone in developing this gadget?

The gadget has been tested in the lab. For field testing, we are waiting for the prototype to get ready. We are in talks with a couple of industrial units in Aurangabad for field testing. The gadget, once ready, will be handed over to the Department of Science and Technology (DST), under government of India. It will be made available to the public in about a year. Since it is a DST-funded project, it is for DST to apply for the patent.