In April this year, the Punjab Assembly passed the Punjab Contract Farming Act. The new law provides a legal framework to regulate contract between the buyer and the farmer through a legally enforceable agreement. Besides, the state government will now control purchase, sale, storage and processing of agricultural products. Unlike other states, that amended the Agriculture Produce Market Committee (APMC) Act to aid contract farming, Punjab preferred to introduce a new Act. Jyotika Sood speaks to Sukhpal Singh about the Act and its implications. Singh is chairperson of the Centre for Management in Agriculture at the Indian Institute of Management, Ahmedabad, and has been carrying out research work in contract farming for over 16 years in the country. He has also worked for international agencies such as FAO, ILO and the World Bank. 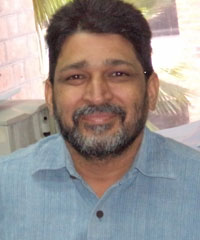 As per the new Act, the buyer will register at the local registering authority by paying a fee. The buyer will submit reports of contract transactions with the registering authority and the Contract Farming Commission (CFC) set up under the Act. Contract farm produce can be sold in the APMC market, at the farm, or as specified in the agreement. It is the buyer’s responsibility to weigh and pack the produce before the delivery and give receipt to the farmer.

There can be no rejection after the produce is delivered. Payment can be made by cheque, demand draft or electronic clearing system at the time of delivery. Otherwise, interest will have to be paid for delay of up to 30 days. Failing this, CFC can recover it as land revenue with interest. If the buyer deliberately delays payment, CFC has the authority to seize the produce.
The duration of contract between the buyer and the farmer can be one crop season to three years. As many as 108 crops are notified under the Act.

Q: Why did Punjab go for a separate contract farming law unlike other states that only amended the APMC Act?

A major reason is the state’s political economy. In Punjab’s agri-business sector, farming and trading interests are at loggerheads. While farmers want direct payment for their produce, which they sell to government agencies such as Food Corporation of India (FCI), the trading lobby opposes it tooth and nail.

Direct payment hits the business of interlocking of credit, input and output markets run by traders where parchi (slip) system prevails for lending in kind to farmers and recovery of payment at the time of sale of produce. If direct purchase and private wholesale markets are set up by amending the APMC Act, farmers will prefer private wholesale markets for direct cash. This would create competition for traders and government agencies operating in the APMC market. To save them, the state government adopted a separate Act.

Q: So will it break the traders’ monopoly?

Not fully, as direct purchase and private wholesale market reforms are still pending. Direct purchase from farmers by private agencies and setting up of private wholesale markets to give choice to farmers to sell wherever and whoever they would like to are the two reforms. Unless, the state government introduces these two reforms in its APMC Act, it will not be able to give open and free market access to farmers. Also, most buyers will not take to contract farming if there is no special reason for it. They will go for direct purchase as seen in case of food supermarkets in India.

Q: Then how does it protect farmers?

Q: So, is it true that the new Act does not give a fair deal to farmers?

Legally, farmers will get a platform to represent their case. But, the Act does not spell out the many aspects of contract farming, which can be problematic for farmers. Delayed deliveries, contract cancellation damages, inducement/ force/ intimidation to enter into a contract are only a few of the challenges farmers face while farming on contract.

Q: What should be done to make contract farming competitive in Punjab?

The new law says contract-farmed produce can be sold in the APMC market, or at the farm, or as specified in the agreement. But the Punjab government has not amended the APMC Act to provide direct purchase from farmers and set up private wholesale markets to give choice to farmers to sell wherever and whosoever they want.

Q: How is the new Act different from contract farming laws in other states?

The provisions of the new Act are different from the provisions of contract farming in the APMC Acts of other states. Gujarat and Haryana, states which amended the APMC Act, guarantee to take five per cent and 15 per cent respectively of the produce. This protects farmers’ interest in case buyers fault in payment. In Haryana, the Act prescribes that, wherever applicable, the contract price will not be less than the Minimum Support Price of the contracted crop. But, Punjab has no such provision even in the new Act.

Q: What is missing in the Act?

The state is promoting agro-forestry as part of its diversification plan. How can a three-year contract work in agro-forestry? This apart, the list of 108 notified crops has sugarcane value added products such as gur, shakkar and khandsari. This shows government’s shoddy work. The list has missed out babycorn and garlic, which are also grown in state and contracted.

It seems the list of crops has been procured from the state agricultural marketing board without considering what can be contracted and what cannot be. The Act has neglected the incentives which could have been given to contract farming agencies for promotion of contract farming, especially for crop diversification such as waiver or reduction of market fee.

Q: The state government did not amend the APMC Act. So, can the new Act be challenged?

Not really. Agriculture is a state subject, so the state government has the power to make any law on the agriculture sector. Now, substantial market reforms have been put on the backburner. Contract farming was needed for diversification so it has been legalised keeping the traders' interests safe.