The parliamentary committee on agriculture has strongly criticised the regulatory system on genetically modified (GM) crops in the country, calling it inadequate and ineffective. N Seetharama executive director of Association of Biotech Led Enterprises–Agriculture Group (ABLE-AG), the industry lobby for GM crops, talks to Jyotika Sood on how they see the report and its implications. Edited excerpts 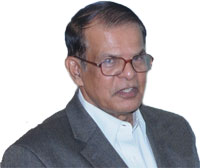 What does ABLE-AG think about the report?

In a single word, “unfortunate”. Worldwide, and in India itself, so much information is available from government, public laboratories and the industry on the advantages of deploying GM technology, and yet this is not factored in. The report is very much based on what some non-profits would like the rest of us to believe.

What are the implications of the report?

If many of the recommendations made in this report are implemented, it will surely have an adverse effect on GM crop industry in India. In fact, the industry is already at severe loss because of lack of permission to even conduct research trials in many states. Without such trials, how do you expect anyone, including those in the government, to decide on the merit of a range of new products from GM technology that has the distinction of being the most quickly and widely adopted agricultural technology in human history? We sincerely hope that that government and the parliamentarians will apply their mind and study the matter closely, as huge amount information on the relevance and safety of GM products are already available.

Do you think the report will make permission for field trials tougher?

Yes, indeed. Development of any GM crop variety and getting it approved for commercialisation takes longer than a decade, and the capital investment and operating expenses including development of human resources are huge. Without access for field-testing of these products, it is impossible to identify products useful to the farmers in each target region of our vast country.

The committee targets the regulatory process. Why?

The regulatory process in India is one of the most stringent in the world. Yet, the Indian regulatory process is the target of undue criticism. Industry is ready to fully comply with the complex process the government has put in place over elaborate discussions over few decades. There may be need for some minor tweaking, and certainly scope for hastening the process in view of vast experiences worldwide. But the excessive criticism made on the government agencies may not go well with the public.

Do you plan to approach the government in response to this report?

We are going to appeal to the government and honourable parliamentarians that they study seriously the ground realities and see the enormous scope that exists for us to exploit this technology; already several new products in different crops are under development in both public and private sector. The government should consider how these new products can be approved and deployed in right places, without losing much time. Also, well-informed farmers and their associations, and the qualified researchers should be consulted. Note, this technology has its roots in 29 countries across all continents, and not just in India, so we need to act fast.