D V A Raghava Murthy, director, Earth Observations Systems, was the project director of Small Satellite Projects at ISRO Satellite Centre between 2006 and 2013. He shares his views on the potential of small satellites developed by students in India 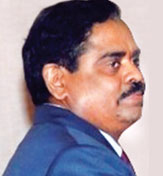 STUDsat, SRMS at and Jugnu are great achievements by Indian students. Should these be taken in the same spirit as lab experiments, or did they have a mission to accomplish after being launched into space?

These cannot be equated to laboratory experiments. The satellites are not just conceptualised, but are made from scratch to fully functional stage by students. It is a huge challenge for second- and third-year BTech students, given their limited knowledge and pressure of academics. By working on such a project, students get trained not just in their own discipline, but also in several interdisciplinary areas. It is a great introduction to the concept of systems engineering, where students learn about the functioning of a complete engineering system.

In terms of imparting training and education, I would say, the objective is attained completely. Though in-orbit success may not have been 100 per cent in every case.

Numerous small satellites are launched into space every year. How are the traffic- and debris-related issues being handled?

So far no event of debris collision in space has been reported. Satellites that break into pieces for some reason fall out of their orbits and end up moving randomly through space. These pieces are more likely to enter a collision. Globally, the idea of equipping satellites with the technology to de-orbit them after the mission objectives are achieved is gaining momentum. It is certainly better to use satellites especially designed to de-orbit.

Internationally, many startups have sprouted around the idea of putting small satellites to commercial use. What is the scene in India?

So far, I have not come across any such startup in India. But I am hopeful.

What are the key challenges in making such small satellites, especially for students?

Organising the team can be a big challenge. Making the students ready for the project is another challenge, after all they are not full-fledged engineers yet.