Race science has been used to justify colonial occupation, slavery, genocide; it became so ingrained that we still live with its devastating effects today, says science journalist Angela Saini

Angela Saini is a British science journalist and author of three books, including ‘Superior: the Return of Race Science’. She spoke to Down To Earth in the wake of anti-race protests in the United States and other countries. Edited excerpts:

Angela Saini: It’s hard to say if this moment is the big moment of change, because we’ve been here before and not seen the deep, long-lasting effects society has needed. But it certainly feels different. For one thing, institutions and corporations are responding clearly and unequivocally.

Governments are another kettle of fish, but hopefully here, too, we will see a change in the ballot box in coming elections. What I fear most is a racist backlash to the current anti-racism movements. 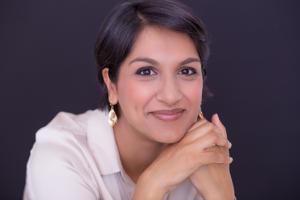 SS: How has scientific research and literature on race evolved over the years? How have white ‘elites’ dominated the scientific discourse over centuries?

AS: Western science was for many centuries dominated by elite white men, for the simple reason that even at the time of the Enlightenment, there was a common assumption among them that women and other ‘races’ were incapable of the same intellectual feats.

This racism was baked into science from the very beginning, and formed the basis upon which Western scientists studied human difference for centuries. They invented ‘race science’, and this ‘science’, pseudoscientific though it was, was used to justify colonial occupation, slavery, genocide and the mistreatment of millions.

It became so ingrained into systems of thinking that we still live with its devastating effects to this day. Although most scientists have for the last 70 years affirmed that there is only one human race, and that we are incredibly homogeneous as a species, there are still some who bang that old drum and believe there is some meaning to our racial categories.

SS: How has the ‘Rise of the Rightists’ across the world contributed to camouflage the fact that race is social, not biological?

AS: The far-right would like us to believe that the racial inequalities we see in society are natural, rather than the product of historical factors. This is why they continue to push the 19th-century idea that races are biologically real, and that there are profound differences between them.

Mainstream science is not on their side but they are incredibly manipulative as well as active online. My advice to those who encounter these people on social media is to ignore them.

One of their tactics is to stir up online conversations, to give the illusion that there is a scientific debate around these issues, which there is not.

SS: How has ‘parallel science’ been trying to demolish age-old myths? Quote examples and attempts to thwart new understandings.

AS: Well, we have actually known for many decades that race is not a biological reality. The racial categories we use were invented quite arbitrarily many centuries ago, and they map very poorly onto real human variation.

There are no ‘black’ genes or ‘white’ genes. Almost all genetic variation we see between humans is at the individual level — from person to person — not the population level. There is far more genetic diversity within populations than between them.

SS: How has the leadership in the scientific community beleaguered itself by defending its legendary masters and burying new theories of race science?

AS: Scientists often struggle when dealing with the legacies of great scientists whose political and moral views were utterly objectionable. In the 19th century Europe, it was quite common to believe that humans could be divided into subspecies. Many famous scientists were racist by modern standards. What is appalling is that racists have been tolerated even in the 21st century.

It took decades for many respectable scientists to finally call out American biologist James Watson, the Nobel prize winner, who was openly and unashamedly racist for many years.

Great work can be done by many people — we don’t have to accept racists into the scientific establishment just because they happened to have done great work.

SS: How has race gradually contributed to the building up of classes based on race — in various countries and in different ways?

AS: The kind of power imbalances that underline racism in some parts of the world are seen in many others. They play out in casteism, colourism, classism, sexism, in countless ways. We all need to work harder to make sure that we aren’t responsible for perpetuating these damaging myths about human difference in our own lives.

SS: In this context, what do you have to say about the way the Indian government treated the migrants wanting to return to their own states in India due to the novel coronavirus disease lockdown? Does race / class have a role to play?

AS: I look at caste in my book, Superior, because like race, it is a deep-rooted basis for social prejudice. I have no doubt this prejudice plays out in the way everyday Indians are treated.

Some lives are seen as more dispensable than others. Every life should be treated with equal care and respect in the acknowledgement that we are all of equal worth.

SS: What does emerging science have to say about disbanding existing theories on race?

AS: Science is every day affirming the basic fact that we are one single human species. We are more homogenous as a species than any other primates. Even some communities that were once thought to be genetically distinct because of their geographical and cultural isolation have been revealed to be not so different after all.

But of course, these facts mean nothing if we can’t move beyond the prejudices in our minds. Race and caste were social inventions but they have enormous power over how we think about each other.

SS: How has COVID-19 brought the problem to the fore? For instance, the theory that black-Americans are dying more due to co-morbidities such as hypertension and by consuming cheaply available processed foods. How has the pandemic affected the most vulnerable due to this factor?

AS: Black Americans have lower life expectancies than white Americans because of long histories of disadvantage and oppression, which deeply affect health to this day. In the United Kingdom where I live, Indian doctors have been dying in disproportionately larger numbers than other doctors, not because they are genetically different, but because of the countless subtle ways in which racial disadvantage affects health. We are not born different. It is society that makes us different.