We need to reassess vocabulary, behaviour to undo gender bias: A mathematician explains why

Mathematician Eugina Cheng speaks to DTE on her new theory of people that doesn’t look at world as a dichotomy between genders, as well as the need to un-gender our vocabulary

The world is often viewed through simplistic concepts of ‘masculinity’ and ‘femininity’ that pit men and women against each other. This linking of behaviour with gender furthers gender-based inequality.

Now a mathematician has proposed a new way to look at things: Decoupling behaviour from gender. Eugina Cheng, mathematician and Scientist In Residence at the School of the Art Institute of Chicago, proposes, in her book x+y: A Mathematician’s Manifesto for Rethinking Gender, the Category Theory. It describes “things by the role they play in a context, rather than by their intrinsic characteristics”.

The theory takes relationships among individuals as the base and builds itself around the idea that biological descriptions can, and should be, unhinged from how we view those relationships.

She suggests a rebranding of vocabulary used to call out the bias and suggests two behaviour models: ‘Ingressive’ and ‘congressive’. While ingressive behavior focuses on oneself over society / community and is competitive; congressive is accommodating and collaborative.

Cheng admits that the former is highly rewarded, but vouches for the latter. In a conversation with Down to Earth, Cheng talks about her ‘theory of people’ and how to rethink notional gender differences. Edited excerpts:

Anshika Ravi: We have looked at gender through the prism of multiple disciplines — sociology, psychology, physiology, biology etc. What prompted you to examine it through mathematics?

Eugina Cheng: I am a mathematician and I always seek ways in which I can use my expertise to help the world in any way I can. Mathematical thinking is my instinctive way to think about everything. 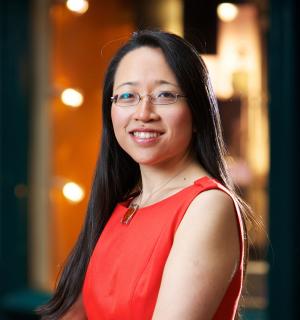 AR: You talk about the need to adopt a non-gendered language and behaviour. It’s a complex spectrum. How does the ingressive-congressive theory sit on intersectional feminism?

EC: It is indeed a complex spectrum. I think that what I’m talking about is general inclusivity, and ways in which the world has been favouring characteristics that are not the most beneficial for the world.

Intersectional feminism is so important because women’s rights must be separated from the rights of other oppressed groups. In a way as my theory is not speaking about gender directly, it is inherently intersectional.

However, we still need to address every kind of prejudice head-on as well.

AR: On the same note, you talk about the need for newer words to break our prior association with gender. You explain how words such as ‘feminism’ or ‘mansplaining’ can mean different things to different people, and that in many cases, can be too restrictive. How does it expand to the entire lexicon of feminism?

EC: I am not saying we should be ‘gender-blind’ any more than we should be race blind. While there is still direct prejudice on grounds of gender, race, or any other form of identity, we need to have a language to call it out and to fight it.

We should separate those issues from questions of character, and un-gender our terminology for things that are not directly tied to gender, such as character types.

EC: It was a gradual switch. I wanted to be more congressive than most ways of teaching I had seen, although I didn’t have the terminology to say so. But the system was so ingressive, and I was so junior and inexperienced, there was a limit to how far I could take things.

Gradually, over years of my teaching maths students at ‘normal’ research-led universities, I developed more congressive teaching methods. This included trying to have more group work and discussions even within a standard lecture format, and writing exams that were graded in a more congressive way rather than as an accumulation of points for right answers.

I met a lot of resistance from the ingressive university environment. It was only when I moved to the School of the Art Institute of Chicago that I was able to make my teaching extremely congressive. It offered a congressive environment overall — it had small classes, no grades, and was female-dominated at every level.

AR: You make references to writers Angela Saini and Cordelia Fine on partiality in science. Can you elaborate?

EC: Angela Saini’s book Inferior and Cordelia Fine’s book Testosterone Rex give very comprehensive accounts of all the ways attempted science about gender difference is flawed. In many cases, it has assumptions about gender differences built into the null hypothesis, that is, the baseline assumption that scientists will default to in the absence of any evidence to the contrary.

In other cases, we simply can’t be sure that the measured difference is biologically innate, as there are many examples where biological gender differences in animals can be changed within one generation by changing the environment.

AR: Multiple studies have highlighted under-representation of women in COVID-19 research as well as gender inequality in the world’s general response to the pandemic. What would be your take on them? 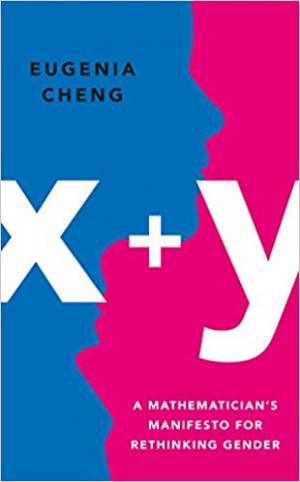 EC: I think that the under-representation of women as subjects of science research is a long-standing and very serious problem. This has been very comprehensively written about by Caroline Criado Perez in Invisible Women.

I believe that non-white people have also been under-represented in research regarding the novel coronavirus disease (COVID-19). It is a serious problem, given that they have been suffering at much higher rates than white people — at least in the United States. Of course, this is not necessarily a biological issue, but reflects the deep structural inequalities in society in terms of socio-economics.

The world leaders’ response to the pandemic is also a complex issue. Better responses to the pandemic seem to be to do with congressive styles of leadership, for example, listening to advice from scientific experts rather than posturing, and being risk-averse when it comes to human life.

This is an example where I think it really helps to have un-gendered terminology, so that we can focus on the styles of leadership rather than the specific genders of the leaders involved.

However, it is still worth considering gender, because arguably the very fact that a country is able to elect a woman as leader may say something about the level of equality in the country.

Moreover, I believe women have to be far more competent than men to reach the same levels of leadership in our unequal society. This is the difference between leadership effectiveness and leadership emergence.

AR: Your book underlines the need to mount all arguments on logic, to evaluate circumstances on a different dimension instead of the regular male-female paradigm. Do you see that evolution happening around you, in STEM (science, technology, engineering and mathematics) and otherwise?

EC: I do see it beginning to happen in progressive education situations. This seems to be especially the case in smaller liberal arts schools, which are already much more congressive than the ‘prestigious’ research-focused universities.

One way in which I see this is the invitations I receive to do campus visits including public talks and outreach events for nearby schools. I receive many invitations from smaller liberal arts schools and very few (or maybe none) from the sorts of ‘world-famous’ schools that still seem to focus more on Nobel prizes and huge research grants.

AR: You draw your most of your ideas from the category theory. What can be the limits to this postulation?

EC: We should think more clearly about which issues are directly gender-based, such as direct gender prejudice, and which things are indirect and more about character types. We need to make sure we address both: The issues related to intrinsic characteristics and those based more on behaviour. We need to address both, but without assuming they are one and the same.

If we only address direct gender prejudice we would be stuck in one-dimensional thinking. We would risk being accused of ‘reverse sexism’, and would end up addressing only diversity (numbers), but not inclusivity.

If we only address the indirect bias and not the direct sexism, we will not be able to correct for past injustices that women have experienced, just like if we do not address racism directly then we can’t be anti-racist. My new un-gendered terminology, I believe, gives us a framework for doing this.