Canadian academic Gus Van Harten is well known for his efforts to reform the global investment treaty regime through his research papers, conference presentations and a monograph, Investment Treaty Arbitration and Public Law (Oxford University Press). This treatise presents a public law critique of investment treaty arbitration and proposes the setting up of an international investment court made up of tenured judges to ensure independence and accountability in investor-state disputes. Van Harten is associate professor at Osgoode Hall Law School, York University, Toronto, where he teaches international investment law and governance of the international financial system. He was previously on faculty at the London School of Economics. In an interview to Latha Jishnu, he explains how states are at risk from investment treaties. Excerpts: 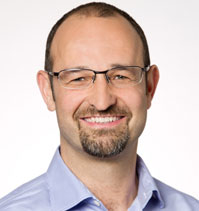 The North American Free Trade Agreement (NAFTA) appears to have generated the most number of investor-state treaties and shows that rich countries are as much at risk as developing countries. Would you agree?

Yes. Canada has been sued 30 times (nearly always by US firms) under the NAFTA investor-state arbitration mechanism. This is about twice as many lawsuits as against Mexico or the US. This is ironic since, when NAFTA was negotiated, the investment chapter was billed as necessary to protect US and Canadian investors in Mexico. The Americans may have had something else in mind. It is true that developing countries have been by far the main targets. This reflects the structure of bilateral investment treaties (BITs), their origins as treaties designed to provide extremely generous protection for foreign investors (usually transnational corporations (TNCs) where the corporate nationals of one country (originally a former European colonial power, then the US from the 1980s) owned far more assets in the other treaty signatory (the developing country). However, it is important to understand that the treaties are used by companies and the wealthy to discipline all countries and governments. Australia, for regulating tobacco companies; Canada for regulating Dow AgroSciencies; Germany for regulating the energy sector (Vattenfall cases). The treaties thus target developing countries, but are a threat to democratic choice and responsive regulation in all countries.

But why has this not stopped the flood of investment treaties?

This is a very good question. I do not have a clear answer, and I am not sure anyone has produced one. First, the major states push very hard for these treaties, and they are skilled and have great experience at doing so. I was informed recently by a bureaucrat at an international organization that the main purpose of his organization was to encourage developing countries to sign international treaties containing investor-state arbitration in circumstances where it did not really fit their interests. Thus, the organization was a front for the interests and ideology of the major states. Obviously this is nothing new.

Second, governments in developing countries often have drunk the koolaid and think, well why not protect investors? Everyone loves investment. The problem is, these are styled as investment treaties but really they are about ownership of assets and protection of existing wealth. It would be great to promote investment, but BITs are not really designed to do that, at least on the model that the Europeans have been peddling for 40 years –probably not surprisingly. They are about protecting existing wealth and supporting further those who are already on top.

Third, there is a very active legal and arbitration industry that promotes these treaties. It is strange to see a ‘judge’ publicly advocating commercial services he offers, yet, that is what one sees frequently among the international arbitrators. I do not wish to cast asperations on any individual, but I think this reflects an underlying problem where one seeks to replace public courts with private arbitrators in the final resolution of matters of public law, that is, whether private actors should be entitled to public compensation for the choices of governments.

Which is the better among all the international arbitration courts?

The International Centre for Settlement of Investment Disputes (ICSID) is the most public of the organizations. It publishes most awards and the existence of all cases/identity of the arbitrators but not all awards or submission of the parties (as the courts would do). So, it still falls short of the usual standard of openness. That said, other organisations that also play a major role are much more secretive. These include, especially, UNCITRAL and the Permanent Court of Arbitration at the Hague (which operates under the UNCITRAL rules) and the private International Chamber of Commerce (ICC) in Paris, the London Court of International Arbitration and the Stockholm Chamber of Commerce.

In the case of ICC, for example, everything about individual cases is kept secret. So, a legislature or auditor general in a country, let alone the public, may not even know that the country has been sued, by whom, or what award of compensation has been made to an investor. It flies in the face of the idea that courts should be public as a core element of their independence and accountability, and to this day I find it shocking how actively the Europeans, especially, and their legal-arbitration industry resist even modest moves towards greater openness and public accountability in international investment arbitration. Indeed, I recently wrote that no country or company should refer to the ICC rules in their investment treaties or investment contracts if they care about these principles.

Thus, the worst choice of arbitration rules and forum, in my opinion, is ICC. Here, a country basically transfers its sovereign judicial authority, otherwise exercised by its courts and by its supreme court, to a business organization. It's that simple and it is a simply egregious transfer of sovereignty to international business and the lawyers/arbitrators that international business employs and appoints to resolve disputes between investors and states (typically in secret).

It appears that there is conflict of interest as some of the top arbitration lawyers are also serving as advisers on BITs and FTAs to developed countries. Can you comment on this?

The system is open to a reasonable perception of bias because it lacks well-established safeguards of judicial independence for the final resolution of public law and public policy. For example, the arbitrators appear reliant on (1) whoever appoints them to specific cases, especially, the ultimate appointing authorities such as the World Bank president or ICC or (2) whoever brings claims in the system and thus allows for appointment of arbitrators in specific cases, in this case, investors since states cannot bring claims against the investors for breach of the treaty. (Note that this affects all arbitrators, including those appointed by states but who want to keep the appointments coming.) And, (3) whoever can initiate and advance an arbitrator's career in the ‘club’. Here, there are a few dozen major gatekeepers among the arbitrators who are frequently appointed and who appear to have staked out a career in the industry. They speak at conferences about how to, for example, "succeed as an arbitrator" and everyone gets the message: among other things, "don't buck the club". There are all sorts of well-known ways to avoid these perceptions of bias, but major states have consistently declined to adopt them. Whether or not an actual bias exists is very difficult to know or show, but the institutional flaws and their durability say a lot in themselves about the lack of judicial independence in the system.

How has India escaped being sued? As far as my research goes there has only been the Enron suit filed against the country by Bechtel/GE over Dabhol Power Company under BITs. Are you aware of others?

In my research paper on the Dabhol arbitration, I mention the reports of multiple BIT-based lawsuits against India arising from that dispute, which were presumably settled confidentially. The Bechtel lawsuit was under an investment contract, not a BIT. It was also settled for an undisclosed sum. Perhaps, there are other cases. We do not know. Many investors may wish to avoid suing a major developing state with such a large market or India may be more prepared to settle lawsuits outside of the public eye (this also is under-researched). On the other hand, the more consents to investor-state arbitration that India gives in trade and investment treaties, the more at risk it becomes and the more likely it will be sued, threatened with lawsuits, etc.

Can anything be done to rectify the situation globally since enough treaties have been signed to allow corporations to sue for damages?

Yes, lots can be done and much of it is not difficult to do if governments adopt a clear policy direction and invest the resources to do so. All countries in my view should review their treaty/contracting policies at the national level to assess the level of risk to government and identify alternative options. They should denounce their existing treaties that provide for investor-state arbitration. This is not difficult to do although the legal effects and risks of many of the treaties will endure for decades because of how they were drafted. They should obviously not be signing new treaties with investor-state clauses. They should conclude new treaties with like-minded states to replace investor-state arbitration with an open, fair and independent process for the resolution of international disputes arising from foreign investment, allowing both governments and corporations to be regulated and disciplined. But they should proceed, I suggest, more or less in this order, reflecting what is achievable.