Spine-related problems are on the rise in India as elsewhere in the world. H S Chhabra, secretary of Association of Spine Surgeons of India (ASSI) and medical director of Indian Spinal Injuries Centre in New Delhi, responds to queries from Kundan Pandey through an email to explain the reasons for this increase and ways to deal with it 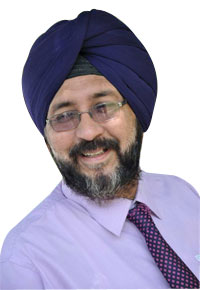 What are the reasons for rising spinal problems among Indians? Is the trend linked to lifestyle?

The incidence and prevalence of spinal problems has been increasing mainly due to unhealthy lifestyle, bad postures and sedentary jobs. Bad postures put a lot of stress on the ligaments, muscles and joints that support the back. Sedentary lifestyle also leads to weak muscles and ligaments, which do not support the back appropriately and, thus, predispose people to back pain.

As opposed to the West, spinal infections, especially tubercular infections, are much more common in India. This may be due to an overall reduced immunity of the society, but the inappropriate living conditions of large segment of the population also contribute to it.

The prevalence of spinal problems like osteoporosis and osteomalacia is also very high. In fact, it is among the highest in the world. No exact cause has been found for this. The Asian population as such is predisposed to this.

How prevalent are spine-related problems in India? Are they increasing or decreasing?

It is unfortunate that there are no statistics on prevalence of spine-related problems in India. A few pilot studies have suggested a higher incidence among IT professionals; they suggest 60 per cent of Indian population will have a significant episode at some point of this lifetime. However, it should be more or less same as in other parts of the globe. We are thus aware that spinal problems are very common. Back pain, for example, is the second most common ailment after common cold in the US and is responsible for the highest number of man hours lost in the industry.

We also presume that like in other parts of the globe the prevalence of spine and related problems is increasing in India. The prevalence of back pain, for example, has reached epidemic proportions.

Is there treatment available for all kind of spine related problems in our country? How costly are these treatments?

Treatment is available for all types of spine-related problems in our country. With advances in technology, the outcomes of managing spine problems have improved remarkably with time. Improved knowledge about spine and its problems and advances in preoperative planning, technique of surgery, instrumentation, anesthetic techniques, intra-operative imaging and antibiotic policy as well as intra-operative spinal cord monitoring, blood auto-transfusion and navigation, where required, have made spine surgery a lot more safe, with acceptable complication rates.

The expense varies according to the type of treatment. The expense for a discectomy surgery, for example, can vary from Rs 70,000 to Rs 1,00,000. However one should note that the expenses of man hours lost due to not treating the spinal problem appropriately may be at least as much, if not substantially more.

What has been the government's approach to the problem? What should it do?

The government has a big role to play, especially in dealing with ailments like spinal injuries. Even though the government has focused attention in this regard, there is a lot more that can be done.

What could be the possible way for the government to intervene and help patients?

Government can intervene to help patients through community awareness, prevention programmes, and promoting education and research.

How do people perceive spine problems and their treatment?

There is very little awareness about spine problems in the community. There still are many myths prevalent in the society. Some of the common myths include— bed rest, stay away from surgery and so on. This has poor results and high complication rate; you can never get back to a normal life style. One of the most common myths is: 'Don’t get a surgery done for your spinal problem. It will leave you paralysed for life.' Association of Spine Surgeons of India (ASSI) wants the community to know that not only is there no rationale behind this myth, getting misled by it can have serious consequences. Spine surgery is safe. The incidence of complications as per evidence base proves that the myths prevalent in this regard are not justified.