Poonam Khetrapal Singh became the first woman to assume the office of WHO Regional Director for South-East Asia on February 1, 2014. Her priority areas of work in the region are addressing the persisting and emerging epidemiological and demographic challenges; promoting universal health coverage and robust health systems; and strengthening emergency risk management for sustainable development and articulating a strong regional voice in the global health agenda. From 2000 to 2013 Khetrapal Singh served as the deputy regional director for the region. For over two decades she served as a civil servant in India as member of the Indian Administrative Services. She was the health secretary of Punjab. After stints at the World Bank and WHO, she joined the Union Ministry of Health and Family Welfare as advisor for international health in February 2013. She speaks to Kundan Pandey on polio eradication in India 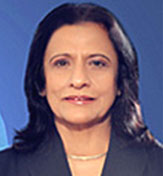 India is going to be certified a polio-free nation. How do you see this achievement? What is the meaning of this certificate?

Completing the journey of polio eradication in South-East Asia is a significant leap forward in global polio eradication. Of the six WHO regions of the world, four are now certified polio-free. Eighty per cent of the world’s population lives in these regions. This takes us closer to global eradication of a disease for only the second time in history.

The region must remain polio-free after certification. And maintaining that status is just the beginning. Countries must now use this victory over polio to accelerate vaccine preventable disease control and strengthen health systems.

What are the lessons India can learn from the achievement for meeting other health challenges? 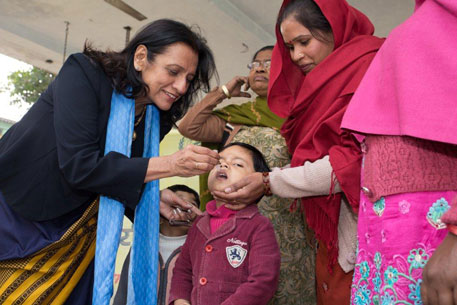 Many countries in the region have been polio-free for over a decade. We can draw lessons from their experience in both dealing with the risk of polio from India and in meeting their other health challenges.

The polio eradication programme in South-East Asia has strengthened health systems. Health personnel and community workers have been trained and provided with critical equipment to improve vaccination and health services for other childhood diseases.

Comprehensive global laboratory and communication networks have been built and are being used for other diseases too. Most recently, they played a critical role in responding to avian influenza. Extensive networks of trained field staff and community health workers are in place to carry out surveillance and health education activities.

Most importantly, in the polio immunisation drives millions of vaccinators have been deployed to reach children who had never before been reached for any other health services; children who live in remote places, or hidden in urban slums, are on the move with their parents or being displaced by conflict and natural disasters.

Thanks to polio eradication, we now know where these children are. There is no excuse for not going back to them with other critical health services. We also gain access to their families and the community to provide information on a range of health measures, from how to have a safe birth to where to get access to tuberculosis treatment to how to prevent HIV infection.

Success in eradicating polio has required intensive community involvement. Working with local, traditional and religious leaders in advocating the benefits of the vaccination helps fight false perceptions and build confidence in immunisation. In 1978, Alma-Ata showed the importance of primary healthcare rooted in the community and attuned its economic, social and cultural aspirations. Through polio eradication, we want to establish the basis for such a primary healthcare system that can be used for prevention and treatment of other diseases.

We must learn from polio eradication and make use of the infrastructure, capacities and innovative strategies to combat other diseases such as measles and rubella. Our vision must not be limited to this. A myriad of diseases such as malaria, HIV/AIDS and tuberculosis, are now more common than vaccine preventable diseases. While we focus on continuing vaccinations for diseases that are on the decline, we should do more for prevention of all diseases.

Since the polio eradication campaign was large-scale, it must have been expensive. How feasible is it to use such a model in other health programmes?

Polio eradication is expensive, but one of the important lessons from the campaign is its cost-effectiveness. Leave alone the humanitarian benefits, it has been calculated that eradication of polio will lead to savings of nearly US $50 billion in the low-income countries.

The campaign stands as a practical example of delivery of quality health services through adequate production, management and training of health workforces, all backed by appropriate infrastructure and functioning referral systems.

Strong health systems must deliver quality preventive, curative and rehabilitative services. With its three dimensions of access, affordability and quality, universal health coverage may become the gamechanger in public health.

Public-private partnerships (PPP) could be a pragmatic way to complement the efforts of the public sector. The Global Polio Eradication Initiative has become one of the largest PPP ventures the world has ever known. With its founding members as WHO, Rotary International, Unicef and US Centers for Disease Control and Prevention, the initiative no includes many partners such as the Bill and Melinda Gates Foundation.

It serves as a model of how international, regional, national, local, public and private entities can work together to achieve common goals.

What is the lesson for other countries which are still struggling to eradicate polio?

There are several. The first is a government approach in which all sectors contribute to global good and ensure that every level of administration is accountable for delivering a service to the community. District and even sub-district level accountability strengthens not only the health sector but the government as well.

Second, the countries in our region relentlessly pursued innovation and local solutions to solve challenges. These solutions may be technical, such as rapid licensing of a new vaccine; or operational, such as mapping of travel routes to ensure that migrant communities have access to the vaccine.

Finally, the role of communities was critical—to listen and understand their needs and adapt the delivery of this health service in a way that best meets those needs. Having community and religious leaders, parents and even children involved in vaccination generates both trust and demand for health service.

Do you see a possibility of re-emergence of the disease in the country? What precautionary measures should India take to avoid it?

All countries, including India, remain at the risk of importations until transmission of wild poliovirus is interrupted globally. This demonstrates the fragility of any area’s polio-free status.

The Regional Certification Commission is expected to meet yearly for updates on polio eradication activities in the region. National Certification Committees are supposed to stay in place. All the countries will need to maintain high immunisation coverage, pay special attention to vulnerable sub-populations, and sustain high quality laboratory-based surveillance through global certification. Experiences with importations into polio-free regions have highlighted this need. The polio-free Western Pacific Region experienced an outbreak of polio in 2010 following importation, which was rapidly addressed using these strategies.

Should an importation of wild poliovirus occur, all countries in the South East Asia region have emergency plans which follow international outbreak response protocols. An immediate response with supplemental immunisation to start within two to three weeks of case confirmation would be required; with the objective to ensure that imported wild poliovirus is not allowed to re-establish transmission locally.