Transport economist Stuart Cole is director of the Wales Transport Research Centre in Cardiff. On a recent visit to Mumbai, he spoke to Nidhi Jamwal about India's options for effective transport management. Excerpts 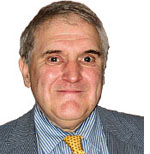 Should the transport system of a city be privatized or publicly owned?
It can't be an either/or situation. Skills that private and public utilities bring to transport are different, but equally important.

Public-owned utilities aim at social and economic benefits, while reducing congestion and pollution. Private companies, on the other hand, are more bothered about financial returns. We have to take the best of both. However, I don't agree with the typical public-private-partnership model, which very often results in contracts negotiated for the benefit of the private sector.

There are better ways of getting both the sectors on board. The franchise system is one, in which roles of both the sectors are clearly defined. Public sector borrows money from banks or floats bonds to raise money. Once the money is in, it decides what kind of transport system it needs and then looks for a private operator through bidding. The private company puts in its management, marketing and operational skills to run the project, makes profit and also pays the government as per the contract.

State-run transport in India is incurring losses. Will privatization help?
Publicly-owned bodies like State transport undertakings (stus) are governed by political decisions. Hence, politicians need to decide what is more important: social benefit or financial gain. Any state-run body, if given the task of funding itself and at the same time reducing the subsidy, can do it very well as long as there is no political intervention.

Let us analyze two scenarios of providing bus services. One way is to supply, say, 200 buses to meet the peak demand. In this case, the fleet mayn't be used to its full capacity, which means the firm runs into losses. Another way is to meet the demand only on working days by using 100 buses. In this case, the utility does not need to do anything to ease the congestion, while it can make profit by hiking the fare. If we compare the scenarios, a private company would definitely go for the 100-bus model.

But the goals of stus are not clear. We want them to push up their revenues and at the same time carry lots of people during peak hours. It is the public sector buses which run along unprofitable routes and provide social benefits.

Given this situation, if an stu wants to make profit, it has to either cut down salaries of its employees or increase the bus fare two-three times. Will our politicians be ready to support any of these moves?

What's a better urban transport mode?
One can decide about transport systems by studying the city and its traffic. For instance, a highly congested area in a large city can have a high-capacity metro system to carry people to the city centre or the business district. For a smaller city, the solution could be high capacity buses with dedicated bus lanes. There are other options as well: heavy rails and trams. One has to look at the market size and decide on the option that best caters to the needs. Though I don't think two similar transport systems should run parallel to each other, there can be a combination of transport systems along different routes. Many cities across the world have introduced trams and feeder buses. Toronto has a heavy rail and a maglev system. London has a mix of trams and tubes. Maryland has a 'ride on' system, whereby every train is met by 4-6 buses that take passengers in different directions.

Mumbai has also a very good train network. But it needs expansion. May be signalling can be done differently to push in more trains. Increasing train speed will also allow more trains on the same tracks. Changing the train design can also increase capacity. Mass transit in Mumbai has got to be the tracks.

Car owners often protest dedicated bus lanes because of reduced road space. How do you react to it?
I would create bus lanes wherever cars are in conflict with buses. This has been successfully done in many places across the world. For instance, in Dublin, the capital of Ireland, the innermost lanes on the road are dedicated to buses and no car can come into that without attracting a huge penalty.

Attractive and well-managed public transport systems have also led to many people switching from cars to buses, who now realise that it takes them less time to travel by a bus than commuting by a car.

All this has happened because roads in these cities have dedicated bus lanes, while cars get only limited road and parking space. People going by cars do get annoyed. But they have a choice: they can switch over to bus, train or tube.