It seems like a lost cause but Kasturi Lal Chopra battles on. As president of the Society for Scientific Values (SSV), he leads the charge to clean up science in India which is plagued by rampant plagiarism and other scientific misconduct. It's a task that he has undertaken since the 1980s when, together with a small band of scientists, he formed the society to end the unethical practices. Chopra, 81, is an eminent physicist known for his pioneering work on thin films for which he holds four US patents. After stints at Defence Research Board of Canada and the Fritz Haber Institute in Berlin, he taught at IIT-Delhi. But the scientist is best known for reinventing the decrepit IIT-Kharagpur to make it the premier institute of its kind. In an interview to Latha Jishnu, he says the biggest hurdle to inculcating scientific values is government indifference. Excerpts 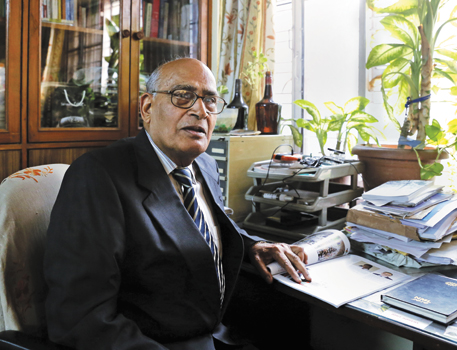 What are the cases of scientific misconduct that have been brought before Society for Scientific Values (SSV)?

Plagiarism, fabrication or falsification of data, misuse of authority, conflict of interest, manipulation of awards, promotions, etcare within our purview. But, we are not able to handle most of these cases since it requires time and access to official records which no institution is prepared to share. Therefore, most of the cases SSV has dealt with so far relate to plagiarism and self-plagiarism.

How serious is this problem?

Plagiarism by Indians is a matter of serious concern, next only to that by China. About 100 journal papers by Indian authors are being withdrawn or retracted due to plagiarised content every year. SSV receives many complaints from interested whistle-blowers. We examine only those cases (about 15-20 a year) which are important and are accompanied by credible supporting evidence. We analyse the evidence, re-check if it is possible, and then write to the author(s) for their views. If we do not hear from the authors, which is most likely the case, we report to the heads of the institutions. Most heads (close to 80 per cent) do not respond despite reminders. Those who do, seek our help or advice to take some action, ranging from warning to dismissal, as happened in the cases of two faculty members of Pondicherry University and two directors of national research institutes.

SSV has no powers to impose penalties so what effect do your findings have?

If and when we are satisfied with our analysis of the case, we post it on our website with the hope that “Name & Shame” strategy will deter others.

But is this name and shame policy really working? Even the top scientists of India indulge in plagiarism and get away with it.

Nobody wants to admit there is a problem. We write to the heads of the institutions where scientists have been involved in plagiarism but usually they take no notice because it brings a bad name to their organisation.

Most heads of academic and research and development (R&D) institutions behave the same way as government babus do. First ignore and then defy. Nevertheless, our persistence is working to some extent. Our science academies have now set up a joint committee on ethics. The University Grants Commission has advised universities to initiate credit courses in the area of ethical conduct of research.

Does the government or its institutions care about such issues?

I have written to the Ministry of Human Resource Development and Department of Science and Technology (DST) to set up an autonomous body for Scientific Values with quasi-judicial powers just as US President Bill Clinton set up the Office of Research Integrity. As usual, there was no response. The DST secretary told me his job is to only to provide funds to plant seeds of R&D.

So, who is accountable?

Accountability is of no concern to anybody in the government. The chairperson of the Scientific Advisory Committee to the Cabinet told me in the presence of his 80-member committee that SSV should be concerned only with teaching and nurturing ethical values and not become police. We have also suggested to the government that vigilance officers in all institutions could also be given the responsibility for R&D ethics. Again, no response. But accountability has to start with our education system, which is in a shambles. That and the lack of autonomy for institutions is a big problem.

But who do you believe should be responsible? 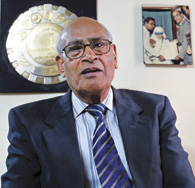 DST, as the funding agency, should be. There is so much misuse of power and funds by top scientists. But in its history not a single scientist has been blacklisted by DST. Let me tell you what happened some years ago. We had invited the former secretary of DST to give a memorial lecture on accountability organised by SSV. He agreed and it was scheduled well in advance. But the night before the lecture, he called me to say he could not speak on accountability but would talk instead on spirituality from the Bhagvad Gita. His message was: if you are spiritual there would be no problem of ethics!

There seems to be a perverse incentive to reward scientists involved in cheating and plagiarism. This is almost a trend in public R&D institutions.

That’s true but not always the case. Many scientists have been penalised. They have been demoted or removed for misconduct.

But more scientists have been rewarded than punished. There is the well-known case of plant developer K C Bansal who falsely claimed to have patents and was given a prestigious award. He was also rewarded with the directorship of National Bureau of Plant Genetic Resources thereafter.

Yes, that’s a bad case. I have written several times to the director-general of Indian Council of Agricultural Research (ICAR) but have not got any response. ICAR is the worst in this regard.

The most shocking example is of C N R Rao, for long the chairperson of the Scientific Advisory Council to the Prime Minister, who was involved in five cases of plagiarism. Yet, he was given the Bharat Ratna last year. He is or was a member of SSV.

Our executive council took a serious view of the cases of plagiarism by Rao. SSV said that supervisors must take the responsibility for such scientific misconduct and that they have the responsibility to nurture ethical values among their students and collaborators. Rao is not an active member of SSV.

What is the outlook for our science?

If we want to survive as a nation, if we want to become a knowledge power as the prime minister talks of, we need to transform our systems, starting with education. Otherwise we cannot become an ethical society.