'Both, solid waste and faecal sludge must be tackled for clean cities' 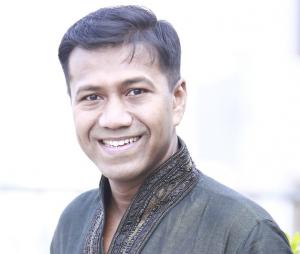 Bangladesh has seen remarkable reduction in open defecation from 34 per cent in 1990 to zero per cent in 2017, largely due to a combination of enabling factors including political will, the efforts of development partners, and active engagement with local government institutions and communities.

While the reduction in open defecation is undoubtedly a major achievement, it has come with the associated risk of construction of thousands of pit latrines that do not ensure proper hygienic separation of excreta from human contact. Faecal sludge management (FSM) has thus emerged as a second-generation sanitation problem for Bangladesh, where only two per cent of urban sewage is managed through off-site sewerage systems and treated appropriately.

Given that safe disposal or reuse of faecal waste is part of safely managed sanitation services as per the indicators for Sustainable Development Goal 6 (SDG 6), Bangladesh faces a tough challenge in achieving Goal 6 by 2030. JMP 2017, the SDG 6 baseline report, puts national progress at 47 per cent basic sanitation coverage, indicating a huge gap on the way to universal access to safely managed sanitation.

Since the majority of sanitation coverage still depends on septic tanks in urban areas and twin pit toilets in rural areas, on-site sanitation is the predominant mode of sanitation in Bangladesh.

In order to ensure a clean urban environment, it is imperative to tackle both types of waste. Solid waste management is already included under the purview of local government. The recently developed Institutional and Regulatory Framework (IRF) of FSM of Bangladesh states that the municipality/pouroshova is responsible for managing faecal sludge in case of small towns of the country. Therefore, the legislative responsibility to manage both types of waste, solid waste and faecal sludge, lies with municipalities. Since both, organic solid waste and faecal sludge are biodegradable, the efficient way to tackle these wastes is to co-compost faecal sludge and solid waste together. Moreover, a city-wide integrated waste management approach would be easier to implement if the municipality treats these two types of waste together.

Another consideration is the reduction in the organic content of agricultural land because of rampant and excessive use of chemical fertilisers, also associated with unplanned infrastructure/industrial development reducing cultivable land. The organic content at many places in the country has reduced to only 1.5-2 per cent, which is alarming. Co-composting can produce soil conditioners that can also replenish organic content of soil.

Q. How long does the whole operation take — from bringing in the waste to the plant to formation of compost?

As per WaterAid’s experience in co-composting in Sakhipur, it takes about ten weeks altogether, with eight weeks for the composting process and two weeks for making compost free from pathogens and safe for reuse in farming. Dewatering of faecal sludge takes two weeks, which is included in the ten-week period.

Q. Dewatering is the most crucial part of faecal sludge-based compost production. Considering the tropical climate in India and Bangladesh for faecal sludge, which among non-mechanical and mechanical dewatering systems, are more efficient to achieve the objective?

There are many ways of dewatering faecal sludge. The efficiency and need of dewatering is closely linked with compost production. If highly mechanical dewatering technology is adopted, municipalities might face challenges in managing such advanced systems, which can be an issue particularly for Bangladesh and India.

Gravity-fed drying beds are cheaper to construct and do not require highly technical skills to operate. These require only gravitational energy for dewatering. From WaterAid’s experiences in Sakhipur, it takes two weeks for dewatering of faecal sludge. Once batch-fed, dewatering dry beds (two weeks in each drying bed) are integrated into the continuous composting process (eight weeks), not much difference in overall efficiency of the plant would be expected between mechanical and gravity-fed dewatering systems. Considering cost, skill and ease of operation, gravity-fed dewatering systems are more efficient and affordable than the mechanical dewatering system in Bangladesh, and perhaps the same for India.

However, based on our experiences of co-composting in Sakhipur, we are treating about 2,000 tonnes of faecal sludge and solid waste together and it is estimated that about 1 kg of waste (faecal sludge and solid waste combined) costs about BDT 1.00 to treat at present, which includes all the components of sanitation value chain (from containment to reuse). Since, the rate and coverage of sludge emptying are enhancing in the municipality as well as demand of Shokhi compost is also increasing, revenue is expected to increase in the coming days. Therefore, the estimated cost of capturing the full sanitation value chain will reduce to 0.75 BDT during the next year.

Since co-compost plant at Sakhipur incorporates all the components of the sanitation value chain, the cost includes all necessary operations and maintenance of the plant.

Q. Is there any monitoring of the end product at the plants implemented by WaterAid in Bangladesh?

Yes, WaterAid confirms that the standard of the soil conditioner produced (branded as Shokhi Compost) meets the standard of organic compost legislated by the government. We regularly monitor the quality of the end product of the treatment plant at Sakhipur.

However, it is also important to monitor the city’s safely-managed status in addition to monitoring the end product, and WaterAid has developed Excreta/Shit Flow Diagrams (SFD) of Sakhipur municipality from the establishment of the plant through the last three years of operation. These diagrams show that 43 per cent of the municipality’s waste is being managed safely, from a baseline of zero per cent during 2015-16. The SFD can be found in SuSanA website.

Q. Does Bangladesh have any standard for such fertiliser (handled by farmers)? Does the plant at Sakhipur meet that standard?