“In India, rivers are mostly forest-fed; therefore bringing back the tree cover on the either sides of the river is the only long-term sustainable solution to address water scarcity and reduce the impact of floods and droughts,” says Jaggi Vasudev 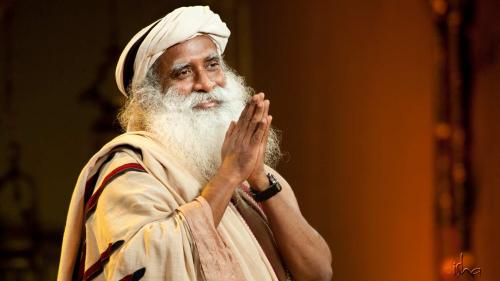 In a draft policy recommendation to be submitted to the Centre, Jaggi Vasudev, spiritual guru and founder of Isha Foundation has suggested that trees should be planted on a minimum of 1 km on either side of a river. The draft policy recommendation, called Revitalization of Rivers in India was submitted on October 2, the day a nationwide campaign to create awareness about the need for rejuvenating India’s rivers ended.

Organised by Isha Foundation, Rally for Rivers began from Coimbatore, Tamil Nadu on September 3 and covered 16 states. In an email interview Jaggi Vasudev told Down to Earth about the scientific basis for rejuvenating rivers by plantation, a transition to tree-based agriculture and interlinking of rivers, among other things.

Q: What are your views on the interlinking of rivers? Will it help in the survival of rivers and answer the need of water for all?

A: Rally for Rivers is about revitalising rivers, and augmenting the flow of water in them. The focus on actually augmenting water supply, is therefore, qualitatively different from other measures, including river linking, that seeks to utilise the currently available water supply.

As we have mentioned in our draft policy, the interlinking of rivers as a concept was first proposed over a hundred years ago and has been revived several times since. The concept gained new momentum in early 2000s, was legally challenged, and the Supreme Court finally gave it a go-ahead in 2006.

From our interaction with a few scientists from Ashoka Trust for Research in Ecology and the Environment, we got to know that the paradigm of “surplus” and “deficit” basins is in itself a limited understanding. It doesn’t take into consideration the varying climate conditions we are going through. In many parts of India, complex changes in the monsoon regime is happening and these regions are expected to undergo even more changes in rainfall regimes in the coming decades due to complex effects of warming atmosphere and oceans, impacts of aerosols and land-cover change. It is observed that the monsoons have weakened since the 1950s in regions such as the Western Ghats and in parts of central and northern India. Furthermore, the temporal and spatial distribution of rainfall has become more variable. Rainfall in parts of the country is now happening for fewer days and often in very intense spells. The “surplus” basins may in fact face severe water stress due to shifts in the nature of rainfall.

A few interlinking projects have already rolled out. It would be ideal if we evaluate the economic gains from these projects and weigh it against the loss of natural resource capital, before embarking on new projects. Any proposal to do so must strictly be evaluated on the basis of scientific and environmental merit and long-term sustainability, rather than on the basis of emotions and politics. And while assessing potential benefits, in the context of our tropical climate, we should account for the resultant loss of water via evaporation and ground seepage. In India, rivers are mostly forest-fed; therefore bringing back the tree cover on the either sides of the river is the only long-term sustainable solution to address water scarcity and reduce the impact of floods and droughts.

Q: How much land is required for the plantation on river banks? Whose land will it be and how will it be acquired?

A: The major rivers in the country run for around 20,000 km, which means 40,000 sq km of land on the river banks (1 km on both sides of the river). Around 25 per cent of this land belongs to the government, except in a few Himalayan states and it must become forest. There is no data of land ownership on riversides. (This is an approximation from a state government’s cursory mention about the ownership of land.) This needs to be forested with native and endemic forest species, which are specific to the ecology.

The government land beside the river can be forested for a lateral distance of more than 1 km. In fact, the entire government land can be converted to forest land. This can be done quite quickly as it doesn’t involve a lot of stakeholders. This in itself has the potential to exhibit change in microclimate and stabilisation of precipitation.

Of the remaining farm land, around 10 per cent is delta land, which we can leave as it is. So 65 per cent, or about 26,000 sq km is farmers’ lands, where we want them to shift from regular crops to tree-based agriculture. There is no need to acquire any land for the proposed solution. We want farmers to only transition from regular farming to tree-based agriculture. From our experience, albeit small-scaled, we observed that when a farmer transitions from field-based crop to tree-based farming, his income multiplies. Our policy proposal, therefore, does not recommend any acquisition of private land. Establishment of large scale modules of economic significance is the only way to bring enthusiasm in the farming community.

Q: The rainfall patterns in the country have changed over the years. So how do you think plantation will help in groundwater recharge? Do you have any scientific study to support your contention?

A: We have shared the scientific details in the draft. The relationship of trees and rains is scientifically recognised. In our culture, this is followed by the creation of sacred groves, which are nothing but a composite of threshold number of trees that seed rain. Especially in leeward state such as Tamil Nadu, where we get rains from receding monsoons, this was the only way rain occurred in the inland areas.

Our policy recommendation is based on an extensive review of scientific literature, and the views of experts from a range of related scientific disciplines, including forest, hydrology, as well as scientists from the Tamil Nadu Agricultural University.

There is a strong consensus that afforestation will stabilise the micro-climate and rainfall patterns in a given region, lead to better rainwater retention in the soil and groundwater recharge, and more stable rainfall, due to the rain seeding ability of trees from evapotranspiration from leaves and other rain seeding material, such as pollens, that they give out.

Q: What is your opinion on water sharing between upper and lower riparian states?

A: Right now, there is not enough water flowing in a river. Even perennial rivers have stopped to flow all-round the year. We don’t need to tell you but the flow in Cauvery River and Krishna River has fallen by 40 per cent and Krishna River doesn’t meet the sea for three to four months in a year. Given this scenario, upper and lower riparian states are bound to fight for water. For example, now there is a fight over Cauvery River between Karnataka and Tamil Nadu, the upper and lower riparian state, respectively. I am not on either side because while I was born and grew up in Karnataka, now I am in Tamil Nadu. I am making it very clear I am on the side of river, not on the side of either state. We need to be on the side of the river. For thousands of years, the river flowed without conflict. It is only now when the river flow has depleted that the fight has started. So we need to revitalise the rivers and augment the source to increase the water flow so that both the upper and lower riparian states benefit.

The proposal for revitalisation of rivers is to augment the source of the river. We must burst the myth that only the upper reaches and origins of the river is the catchment of rivers. Every inch of land on this earth is a catchment of some river. So we are proposing to plant trees on a minimum of 1 km on either side of the rivers to first convince the farmers.

If the farmers see by example of the economics of the transition from field-based to tree-based farming, they won’t stop. When this happens, rivers will flow and the reasons for any upper or lower riparian water disputes will also fall.