‘A zoo must strive to meet animals’ physical and psychological needs’ 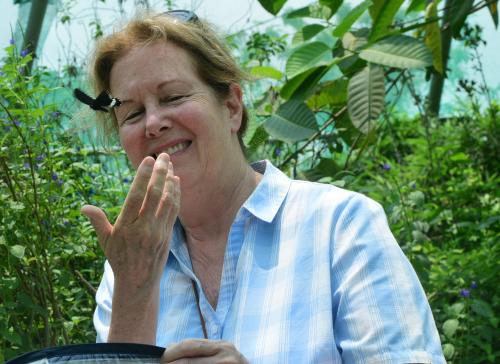 1. How did “Durrell's Ark” metamorphose into the Durrell Wildlife Conservation Trust? Why did you feel that the transformation was necessary? What were or still are the challenges in its functioning?

Gerry always intended for his zoo, which he established in 1959, to become a non-profit organisation (a charitable trust) so that it could fully devote its objectives to the mission of saving species from extinction. This happened only four years later in 1963. I believe we are on the right track in fulfilling the mission, thus the only other challenge is finding the funds to support it.

2.What is the trust’s guiding philosophy? What are its main activities?

Durrell’s mission to save species from extinction is guided by the values and principles laid down by Gerald Durrell many years ago.  His philosophy was that all animal species are precious; not just the big showy ones often emphasised by zoos, but also the small, more humble creatures.  All species have a role to play in their ecosystems—they are the nuts and bolts of  it. We are foolish to cause their demise and, moreover, have no right to do so.  He believed that conservation is a long-term effort, that success does not come overnight.  He believed that people are the key to conservation, so our staff, our students and graduates and the people of the communities where the species we’re concerned with come from are vital to species recovery.  He did not believe in “lost causes”— he would never give up on a species—the Mauritius kestrel, which was down to only four birds left in the world, has recovered to viable numbers thanks to the vision and hard work of Durrell.

He believed in the integration of the different branches of the Trust—the zoo, the science, the field programmes and the training/education programmes—he did not like “silos” and encouraged “cross pollination” between disciplines.  The trust operates a zoo, a professional training academy and many field programmes, all of which revolve around the world through the activities of our ex-staff and graduates, who have learned the philosophy and methods of Durrell and spread the message.

3.What are the avenues in which Indian zoos can improve considerably? Where are they falling behind?

I have visited only three zoos in India, and that too briefly, so it is difficult to generalise. I would say what I observe in most zoos around the world, which is that “behavioural enrichment” of the animals in their care could be improved. This is a central concept in modern zoo-keeping. Not only must a species’ physical needs be met (food, water, shelter, space and climate), but also its psychological needs, i.e. its ability to express natural behaviours in appropriate social groupings in terms of acquiring food (or not being acquired as food!), creating nests or shelters, nurturing offspring etc. In other words a duty of all zoos is to ensure the individual animal’s well-being. Another point about all zoos, not just Indian zoos, is that they should be supporting conservation initiatives in the wild to the best of their ability.

4.Could you name the zoos which set good examples?

5.Please tell us in detail about how the trust brought back many less charismatic species from the brink of extinction?

We work with many species that are viewed as less charismatic than, say, lions, tigers or rhinos, but are fascinating nonetheless and important components of their ecosystems. Examples are the Mauritius Kestrel, Pink Pigeon, Echo Parakeet, Telfair’s Skink and Round Island Boa; the Madagascar Lake Alaotran, Gentle Lemur, Pochard, Ploughshare Tortoise and Side-necked Turtle; the St. Lucian Parrot, Whiptail Lizard and Racer Snake; the Galapagos Mangrove Finch.

6.Is there a chance of Indian zoos collaborating with the Durrell Wildlife Conservation Trust?  If so, how?

The very best way for a zoo to develop a collaboration with the trust is to send one of its staff to participate in our courses at the Durrell Conservation Academy, which is right next door to the Jersey Zoo, the headquarters of the trust. That way, the zoo gets to know the trust and our work and we get to know that particular zoo.