‘Chinese medicine’s use of animals a threat to entire world’

Down to Earth speaks to US scientist and doctor, David Gorski about Traditional Chinese Medicine in the wake of the coronavirus pandemic

The novel coronavirus disease (COVID-19) pandemic has cast the spotlight on traditional Chinese food and medicine, particularly those items that use animal parts.

While China banned the use of wild animals as food in the wake of the pandemic, their use in Traditional Chinese Medicine (TCM) is still not prohibited.

Down To Earth spoke to David Gorski, a United States-based surgeon, scientist, skeptic promoting science and exposing quackery, and editor of the portal Science-Based Medicine about how TCM should be viewed in the light of the pandemic. Edited excerpts:

Rajat Ghai: Why has Traditional Chinese Medicine (TCM) existed for such a long time? Is there a canonical/scriptural/textual basis to it?

David Gorski: It actually hasn’t existed for such a long time. It’s a creation of Chairman Mao (Zedong), whose health officials devised a revisionist history that portrayed the many Chinese folk medicine traditions as a unified theoretical whole.

RG: Why is TCM no different from quackery in scientific terms?

DG: The vast majority of it has no basis in science. There is no evidence that ‘qi’ exists or that it can be manipulated with acupuncture, for instance. 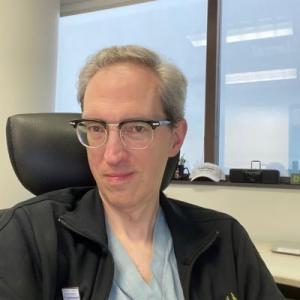 RG: I especially wanted to focus on the use of animals in TCM. What are traditional Chinese views towards the usage of animals as ‘food’ and ‘medicine’ and how do they differ?

RG: Between the SARS epidemic in 2003 and COVID-19 in 2020, the Chinese government had been supporting farming animals as a way of alleviating poverty in the country’s rural areas. How much are government officials themselves involved in profiteering from using animals in TCM?

DG: I don’t know the answer to that, but I suspect it’s a lot.

RG: Why is it that a global body like the World Health Organization has also supported TCM?

DG: I scratch my head over that question. Part of it is that a lot of the leadership of WHO is Chinese now.

RG: How will COVID-19 affect the market for TCM, especially those medicines made from animal parts?

DG: That’s difficult to say. I hope that it will greatly decrease the market, but I suspect that, if it does, the effect will be short-lived.