Down To Earth speaks to veteran wildlife filmmaker Dereck Joubert about how the cheetah introduction project in Kuno-Palpur could pan out; some killings of cheetahs by tigers are to be expected, he says 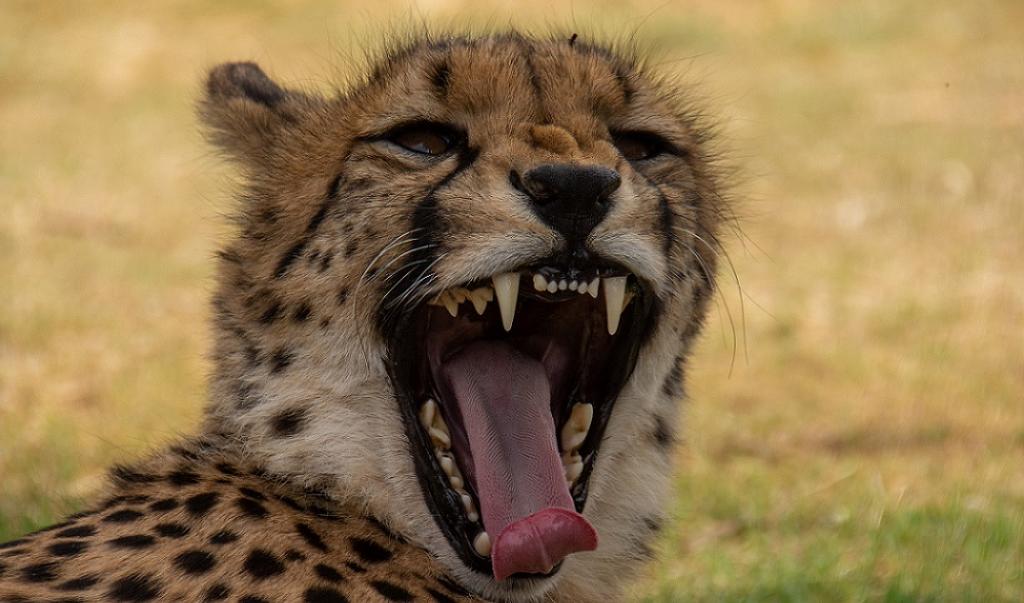 India will be getting 8-12 cheetahs from South Africa in the end of November. They will be introduced to the Kuno-Palpur Wildlife Sanctuary in Madhya Pradesh.

The project has been more than a decade in the making. Now, as the date draws closer, a number of questions have been raised. Why are an alien species like African cheetahs being introduced into Kuno? Can it really be called a re-introduction? Or is it an introduction?

Will the African cheetahs bring disease to Kuno? Will they be infected with diseases from local animals? Will they be able to adapt to the new environment? What about the fact that Kuno also hosts tigers?

Will they fall prey to tigers? Will the host population of cheetahs in South Africa be affected since there are just 7,000 African cheetahs left in the wild? Will the area of Kuno be sufficient to support the cheetahs?

Down To Earth (DTE) also conducted a Twitter poll September 15, 2021 to find out as to how many Indians knew about India and Cheetahs. As can be seen, a third of those who participated in the poll thought India had an extant cheetah population. This, despite the fact that the animal was declared extinct in the Republic of India in 1952.

Which are the big cats found in India?

DTE spoke to Dereck Joubert, a well-respected wildlife filmmaker in Johannesburg, South Africa, about the whole project from an African perspective. Edited excerpts:

Rajat Ghai: How does the protected area system work in South Africa and its neighbouring countries? What is the status of wildlife in private game reserves and state-owned parks? 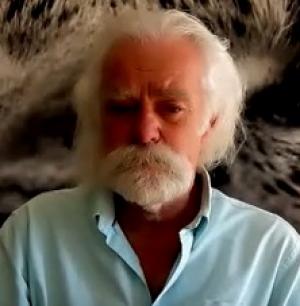 Dereck Joubert: In South Africa, we have state or national parks where there is 100 per cent protection. Private land usually buffers them.

Private land can be of two categories. One category is where hunting and cropping is carried out. The other is protected land where tourism is allowed.

In neighbouring Botswana, there is a slightly different scenario. The bulk of the land is outside national parks but resides in the hands of community conservancies or concessions where there would be no hunting or tourism. The same system is followed in Zimbabwe.

It is a mixed bag. But if wildlife needs to be protected, fully protected government land should be the case for it.

RG: What is the typical habitat of an African cheetah?

DJ: It is about 80 per cent savannah grasslands. Cheetah are fast-running animals and they use their spots as camouflage. But they need these long open spaces to run in. They also use scrubland to a degree.

Thick woodland is not for them. I would classify that as leopard habitat. So, it is mixed woodland and scrubland to a degree but 80 per cent should be open.

RG: What is the average home range of an African cheetah, both male and female?

DJ: It is interesting you call them home ranges rather than territories. That is because territories are fixed. The home ranges tend to move over territories between various individuals. But we generally find that the home range of a cheetah family is about 45 square kilometres.

RG: What challenges and threats do African cheetahs face?

DJ: They are much lighter than the smallest of the big cats. The biggest challenges that they face are conflict with other predators. In African landscapes, lions and hyenas are big problems. Even leopards are problems to a degree. But so are jackals and vultures because they attract the bigger predators.

Cheetahs hunt during the day. They are diurnal. They are in the greatest danger during dawn or dusk hours when they come into conflict with the big nocturnal predators.

But of course, the biggest threat to them is habitat loss and conflict with humans. So, any efforts to increase the landscapes for cheetahs is obviously much more important than reducing the predator conflict.

RG: What have you heard about the cheetah translocation project so far? What is your opinion about it?

DJ: As one looks at compromised species going from one continent to the other, the view on that would be determined by how far in time you look.

Clearly, there are no cheetahs in India now. So, they are an exotic species for the country. But if we look back in time, that is not true. There were cheetahs in India. Skins present in museums show that the DNA of the Indian cheetah is almost identical to its African counterpart.

So, science tells us that the cheetahs one saw in Africa about a century ago were identical to the ones seen in India.

I am not worried about introducing an exotic species. I would view it more as a reintroduction of the species to supplement the mosaic in the Kuno ecosystem that is missing an element — the cheetah.

I do not know very much about the project but I would hope that the correct protocols about disease controls are in place.

The truth is there are very few diseases unique and specific to predators that are not existing in extant predators. One would have to worry about the transmission of those diseases to the endemic tiger population. But some of the parasitic load diseases are common to both species anyways.

If we were to move lions from Africa to Gir, I would caution against that. I would say these species — African and Asiatic lions — have been separated for way too long now.

But in the case of cheetahs, there have been these genetic bottleneck events in the past 12,000 years that make them genetically identical. So, I think the risk of introducing something new in Kuno is very low.

RG: Should African cheetahs that prefer savannah be transferred to a dry, deciduous forest like Kuno?

DJ: It depends on the density of the forest. Cheetahs use running techniques to run down prey. They can obviously run uninterrupted across the savannah where there is not a tree in sight.

But still, the prey such as Thomson’s Gazelle in east Africa are darting in and out. So, the turn factor in cheetahs is fairly good and they use their tails as ballast to make these quick turns.

We find cheetahs to be quite good at navigating the whistling thorn and acacia scrublands in places like the Maasai Mara game reserve. They are quite good at that.

The big thing that would be a question mark that only time will tell is whether cheetahs would run into tigers in India’s Sal forests. But I think they will adapt very well to the habitat.

RG: Would cheetahs be able to survive interactions with tigers?

DJ: The knowledge base on whether cheetahs and tigers have interacted before is based on the longevity of the lifespan of frontline wildlife workers. That is usually 20-30 years.

We do not have any witnesses around today who were present when cheetahs were extant in India. But we do know that there were cheetahs and tigers in central India in the past and they were interacting.

There is also no doubt that whenever there was such an interaction, it would be negative for the cheetah. Tigers will chase them down and kill them.

My advice to any wildlife managers is to expect some kind of attrition and not to be overly worried as those are natural interactions.

About one in 10 cheetahs in the savannahs in Africa are killed by lions. So, we can expect two in 10, about one in five cheetahs, to be killed by tigers in that habitat.

I think if the project managers’ ambition is to recreate and revisit a natural interactive landscape and habitat, they must expect some deaths and they must tolerate the negative and damaging interactions to cheetahs.

RG: There are reports that the cheetahs that are to be brought to Kuno, will be housed in a huge enclosure before being released into the protected area. Does that make sense?

DJ: It does, for a couple of reasons. It is either a hot release or cold release. Cold release is exactly the process you are talking about.

A hot release would be fly them in, let them go, let them fend for themselves.

In the case of rhinos that we have had quite a lot of experience in moving, the hot release in case of one species, the white rhino, is very good. It is quite bad for black rhinos.

The stress factors in moving some animals such as cheetahs and black rhinos over long distances are very high. They build up very high stress indicators in their bodies and lose quite a bit of weight as well.

So, you want to give them a fighting chance. You want to put them in some sort of a boma, enclosure or pen, build them up again and then release them after that.

You also want to introduce them to new prey. Also, the humidity would be a problem for many of these cheetahs. So, you want to have a gentle phasing-in of this.

My advice to any of the wildlife managers bringing these animals in is to avoid the temptation to handle these animals. They naturally are like oversized pets. So, you do develop an affiliation or bond with them. I would avoid that. I would keep them behind screens so they do not develop a relationship with humans.

Moving cheetahs is quite an exact science. Quite a lot of it goes on in Africa. This is most certainly the protocol to use.

RG: Will this project help further the cause of the African cheetah’s conservation?

DJ: Well, this is a small number going in now. The impact on the host population is minimal. It is being reduced by a very small amount. So, there is no negative impact of that.

But in time, the cheetah numbers in India could be brought up as well.

In exactly the opposite way of what is happening right now, I would advocate for more of these threatened and endangered animals living in isolated pockets in different places in the world in case there is catastrophic collapse of one population somewhere else.

In time, we would look up to India to give us cheetahs back to some place in Africa. It is like any financial portfolio. You don’t want to invest all your stock in one location.

RG: What does the South African press say about the project?

DJ: There has been very little press about this. I think it is a far bigger story for India than for South Africa.

But I have been following this project since the last 12 years, when it was just an idea. At the time, hair sampling was being done from skins in museums to analyse DNA.

There has not been a great deal of exposure in the South African press. But you will find a great willingness among South Africans and South African conservationists who have a very close bond with India and Indian conservationists. That goes back many decades. I am sure that from the highest government level all the way to field workers, this is being seen in a very positive light.