COVID-19: ‘It is easy to blame bats than to look at ourselves’

Ever since the novel coronavirus disease (COVID-19) pandemic tore through the globe in December last year, the finger of suspicion has pointed to one animal species: Bats.

The winged nocturnal animals, the only mammals capable to of true flight, have never really enjoyed good press, except for, say Batman. However, COVID-19 is bringing out the worst in humanity towards bats.

Many have suggested removing bat roosts and even killing them, suspecting them to be carriers of SARS-COV-2, the virus that causes COVID-19.

Down To Earth spoke to Tigga Kingston, Co-Chair of the Bat Specialist Group, at the International Union for Conservation of Nature’s Species Survival Commission, and professor, Department of Biological Sciences, Texas Tech University at Lubbock, about how we need to revisit our biases and prejudices regarding bats in the light of COVID-19. Edited excerpts:

Rajat Ghai: Is there any scientific basis to the theory that the novel coronavirus (SARS-COV-2) may have its origin in bats?

Tigga Kingston: SARS-COV-2 has not been found in bats, only in humans. The genome of SARS-CoV-2 found in humans shares about 96 per cent similarity with a virus called RaTG13 that was isolated from a horseshoe bat, Rhinolophus affinis, in China in 2013.

However, an evolutionary tree, or phylogeny, suggests that RaTG13 and SARS-COV-2 have been separated for 40-70 years. Critically, the part of the genome that enables SARS-CoV-2 to enter host cells is very different from that seen in RaTG13.

This has led to suggestions that an intermediate host is involved in the evolution of SARS-CoV-2.  So, while an ancestral origin in bats decades ago is likely, the proximate origin species, time and place of emergence remain unknown.

RG: Why are bats a reservoir for viruses? And how do they protect themselves from these pathogens? 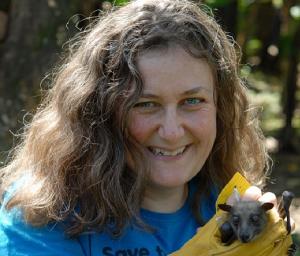 TK: All wildlife, including bats, but also ungulates, rodents, primates, birds and humans, are reservoirs for viruses.

The question people often ask is whether bats host more viruses than other mammal groups, like rodents or ungulates.

There are 1,400 species of bats worldwide, and a publication that came out a couple of weeks ago suggests that the diversity of viruses seen in bats simply reflects the great diversity of bat species.

That said, bats rarely show clinical signs of sickness, even when infected with viruses that can cause disease in other mammals.

It has been suggested that evolution of flight has played a role in selecting for a suite of immune responses that limit self-damaging inflammatory responses while still controlling virus propagation.

In fact, because bats are so good at suppressing viruses, there is a lot interest in studying their immune system, from a physiological and immunological perspective through to genomics.

RG: As a bat expert, what is your reaction to the vilification of bats in the wake of COVID-19?

TK: I am dismayed but unsurprised. You cannot catch COVID-19 from a bat — it is a human disease; you catch it from other people.

Wildlife, domestic animals and humans all host viruses, but cross-species transmission is a rare event.

The problem is that by destroying natural habitats, stressing and exploiting wildlife, we are breaking down barriers that normally prevent spillover from wildlife hosts to people.

I am also dismayed because the bat research community has been documenting how important bats are for human welfare and ecosystem health for decades. They play critical roles worth billions of dollars as pollinators, seed dispersers and agents of pest suppression.

The insectivorous bats have proven valuable agents of pest suppression, voraciously eating rice pests in studies from Italy, Spain, Madagascar, Thailand and the Philippines. Doubtless, they do the same in South Asia!

I am unsurprised because the current crisis is scary and changing everyone’s lives. It brings deep sorrow to some and terrible economic hardship to many.

Yet, the enemy is invisible, and ultimately, it is our abuse of the environment that is to blame. People feel powerless and want something tangible to hold accountable — so much easier to blame and vilify bats than to look at our own and societal behavior.

Intensifying this psychological need is the pervasive lack of knowledge about bats and their role in COVID-19, prevalence of myths and misconceptions, and alarmist media coverage.

Finally, I am deeply saddened; I’ve been privileged to work with bats for over 30 years and in many countries and have been able to study and celebrate their incredible diversity and the wondrous adaptions that make them so unique, such as flight and echolocation. They are truly remarkable animals and inspire great awe.

RG: In many cities across the world, residents have called in experts to remove bats from their roosts in buildings. Is this panic reaction warranted?

TK: No, this panic is not warranted because you cannot catch COVID19 from bats.

RG: Should cultures that have traditionally eaten bats stop the practice now?

TK: It is highly advisable. Cultural practices that might have been relatively safe in the past become less so as wildlife populations become stressed through habitat degradation and the resultant nutritional and physiological stress.

These stressors can elevate the amount of virus circulating in an individual or make it more susceptible to pick up a virus — just as we are more likely to catch a cold or have a cold sore flare up when we are stressed or run down.

Wildlife markets are exceptionally stressful for animals, and the proximity of many species creates perfect opportunities for transmission across species that may be key for the jump to people.

The COVID-19 pandemic is changing traditions around the world. Traditions about how we interact with one another, work, travel, educate our children, celebrate traditional or holy days, all have changed, some for good.

If we want to minimise the risk of future emerging diseases, traditions surrounding the human-wildlife and human-livestock interfaces will have to be examined and change.

RG: What are the pressing threats that most of the 1,400 bat species worldwide face these days?

TK: Globally, the primary threats to bats are habitat loss and degradation. This includes resource extraction (for example, logging), land-use change and urbanisation, and loss of not just foraging grounds but also roosts like caves.

In the Old-World tropics of Africa and Asia, hunting and consumption of bats, particularly the fruit bats, for sustenance and perceived medicinal use is also a major problem.

Climate change is of growing concern, especially in countries subject to an increase in extreme weather events, like heat waves. A heat wave killed about 23,000 spectacled flying foxes (Pteropus conspicillatus) in Australia last year — about a third of the Australian population.

We are also hearing about heat waves killing flying foxes in South Asia in recent years and would like to know more from Down To Earth readers if you know of such events.

In North America, arrival of the fungal pathogen Pseudogymnaoascus destructans in 2007 led to the disease White Nose Syndrome that has killed millions of bats of at least 12 species. This illustrates how devastating diseases can be for wildlife, and not just people.

TK: Alarmist and misinformed portrayal of bats and their role in diseases, including COVID-19, is presenting a challenge for bat conservation as it is needlessly engendering fear and reinforcing negative stereotypes. This is resulting in unwarranted behaviors that are threatening bats and bat conservation.

On the positive side, the crisis is promoting collaboration and communication among bat researchers focused on securing sustainable bat populations.

Last month, we officially launched the Global Union of Bat Diversity Networks, that brings together regional and scientific networks from across the world to better respond to the crisis and provide accurate information to the public and policy makers. You can follow us on Twitter, Facebook and at our blog.

I like to hope that this crisis will help people internalise the link between the health of ecosystems and human health, and work together to sustain biodiversity in all its forms.