A warmer and greener Arctic

Shrubs are found growing higher up in the Alaskan Arctic 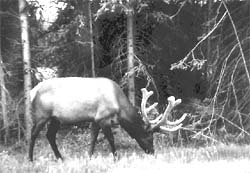 scientists in the Alaskan Arctic, in the us , have discovered that shrubs are growing larger and spreading across previously barren territory in the tundra region. The findings add to the growing scientific consensus that the region is gradually getting warmer.

us- based researchers combed through archives of aerial photos, comparing new images to those of the same locations taken 50 years ago. Of the 66 aerial photos taken for the study, growth increases were observed in 36 of those images, with the growth of some plants estimated to be as much as 15 per cent. In the remaining 30 images, no changes to tundra shrub cover, either growth or reduction, were found. "The Alaskan Arctic has got considerably warmer over the last three decades and experimental and model studies have shown that there should be more shrubs,"' says study co-author Matthew Sturm, geophysicist at us Army Cold Regions Research & Engineering Laboratory in Fort Wainwright, Alaska.

The Army lab team said the study is the first time that tundra growth has been analysed in the high-latitude area through picture comparisons. The results appear in the journal Nature . These findings echo other Alaskan Arctic studies performed with satellite imaging in the Alaskan Arctic, according to scientists who did not participate in the photo analysis. "It certainly opens the door for more work to support the suggestion that temperature is increasing,"' says Jeff Hicke, research associate at the University of Colorado at Boulder, usa, who recently conducted a separate study on tundra vegetation growth using satellite imagery.

Aerial photos were taken in July 1999 and July 2000 from a low-flying aircraft over a swath of land measuring 400 kilometres (km) from east-to-west and 150 km north-south. The tundra parcel is located between the Brooks Range and the Arctic coast. They identify the exact area, including the same shrub clusters, that the military originally photographed between 1948 and 1950.

Scientists said the new photographs clearly illustrate a shift in the treeline over the past 50 years. They also show moose footprints, indicating the animals have migrated northward to follow the shrubs. "The treeline is definitely moving. You can see the increase," said co-author Ken Tape, a research technician at the University of Alaska-Fairbanks Geophysical Institute. "There's more spruce in this picture than in that picture. The treeline is moving north."

The deciduous shrubs below the treeline were identified as dwarf birch, willow and green alder.