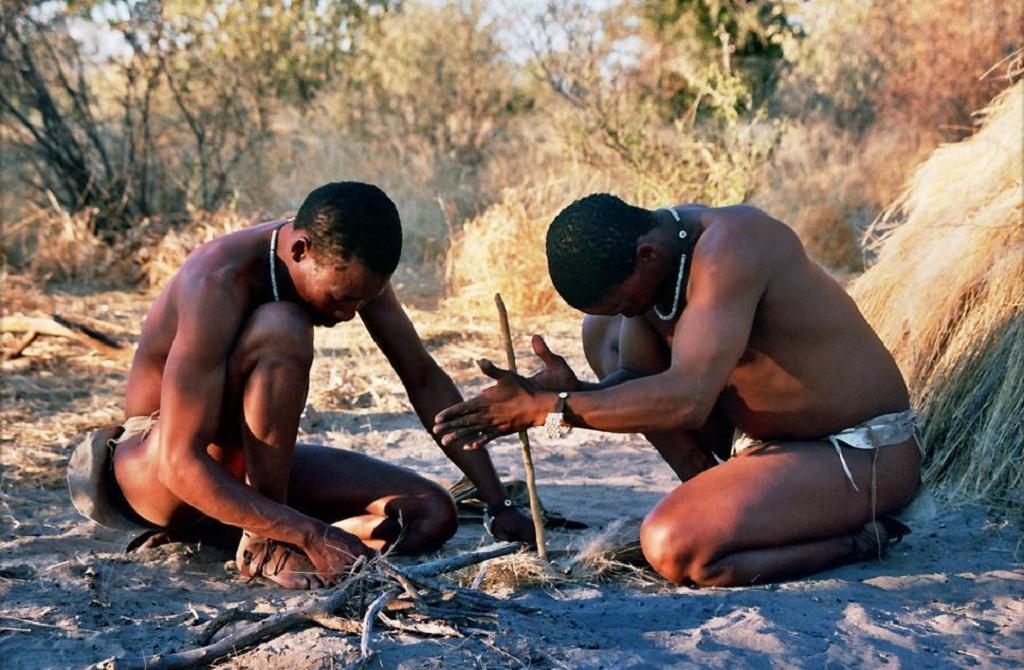 Groups representing Khoisan indigenous community, one of the earliest inhabotants of southern Africa, approached the Cape Town High Court January 19, 2022 to stop the construction of Amazon's 70,000-square metre Africa headquarters on land they regard as sacred.

The word Khoisan is a combination of the names of two ancient tribes Khoi Khoi and San. Members of the San tribe were hunter gatherers for tens of thousands of years. The Khoi Khoi, who were pastoralists, joined them over 2,000 years ago.

Members of the Goringhaicona Khoi Khoin Indigenous Traditional Council (GKKITC) and the Observatory Civic Association have filed an application seeking to halt the ongoing development in Cape Town by the Liesbeek Leisure Properties (LLP) Trust.

The legal action is against project developer LLP, the City of Cape Town and Western Cape Province as well as a group of Khoisan who support the development. The court case is due to last three days.

Members of the Goringhaicona Khoi Khoin indigenous community performed a ‘cleansing ceremony’ and prayer before walking to the Western Cape High Court for a three-day hearing that seeks to put a halt to construction on the Liesbeek Leisure Property Trust development that will house Amazon’s African headquarters.

A section of the Khoisan people, the First Nations Collective (FNC) welcomed the prospect of jobs from the 4.6 billion rand ($259.03 million; over Rs 19,000 crore) development near Cape Town, including a hotel, retail offices and homes with Amazon setting up its office there.

‘Heritage not for sale’

The site lies at the confluence of two rivers — Black River and Liesbeek — and is of spiritual significance to the community. The construction would also block the view to the Lion's Head mountain, also considered sacred by the indigenous communities.

The reverence story dates back to 1510, when the Portuguese Viceroy Francisco de Almeida at the Battle of Gorinaiqua by the Gorinhaiqua Khoi in response to a Portuguese cattle raid.

The first Khoi-Dutch War (1659-1660) over traditional grazing land access was also sparked at the floodplains. The area has been identified as part of the Khoisan Legacy Project and the National Liberation Heritage Route.

The consultation process that led to approval of the project only included FNC, alleged the Goringhaicona Khoi Khoin Indigenous Traditional Council (GKKITC), the proponents of the case.  GKKITC said they had excluded themselves but didn’t mean that they did not want to be part of the process.

Under international law, corporations should consult indigenous communities under their own terms and conditions and not those of the corporation, the council highlighted.

Species including the African clawed frog, Cape galaxias (an indigenous fish) and several species of birds and insects live in and along the river, conservationists and members of the indeginous communities pointed out.

The project plan includes filling in parts of a floodplain. This led environmental experts, including some officials from the municipality City of Cape Town, to conclude that the project doesn’t fully consider the potential impacts of climate change.

“I think the worst case scenario is that we have regular, very costly flooding, and someone will have to pay for that,” said Nick Fordyce, chairman of Friends of the Liesbeek, a non-profit organisation that works to conserve rivers.

Until two years ago, the site had been a golf course. Currently, the development is about two stories high.

Amazon could pull out of the deal to create its Africa headquarters in Cape Town if the legal challenge by indigenous activists is allowed to proceed, according to news reports.