As world converges for an African CoP, the continent’s east bets on geothermal 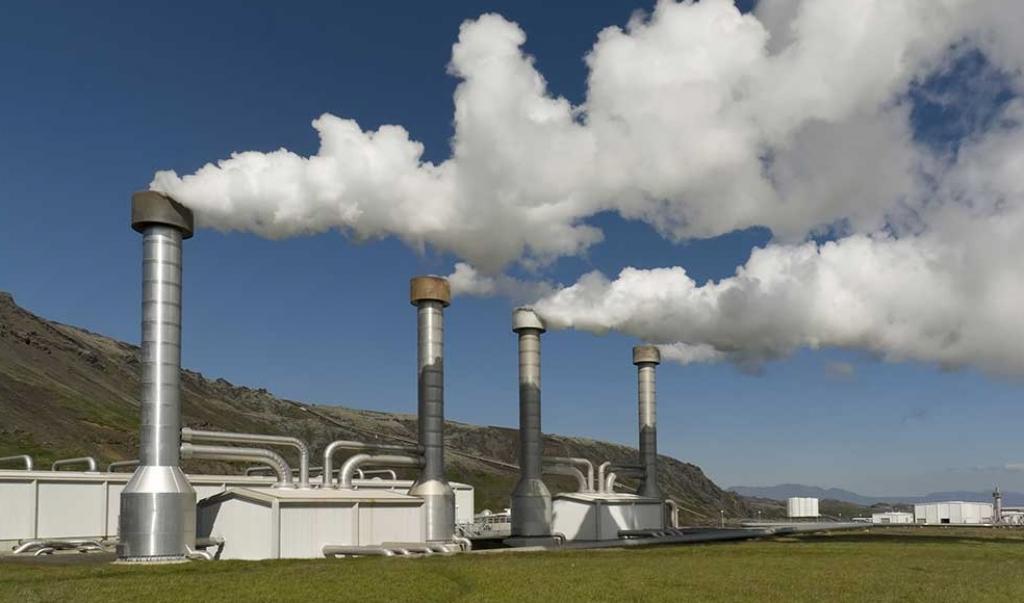 CoP27, the world's biggest climate meet begins in Africa November 6, 2022. But, a part of the continent with the least emissions, is already doing its bit to stem the climate crisis using a renewable source of energy it is endowed with: geothermal.

Geothermal energy occurs as heat in the earth’s crust and is present in areas where tectonism and volcanism have brought magma closer to the surface.

East African countries like Ethiopia and Kenya are now actively working to generate power through geothermal energy. This comes as the demand for geothermal energy has increased in the last few years.

Electricity generated in the Tulu Moye geothermal power plant will be sold to Ethiopian Electric Power (EEP) as it has signed a Power Purchase and Implementation agreement with EEP and the Government of Ethiopia.

The Marriott Drilling Group is the second contractor engaged for this geothermal project in Ethiopia after the drilling contract was signed with KenGen in 2019. KenGen is a government enterprise in Kenya charged with the production of electricity for the country.

“Geothermal resources are widely available in the East African Rift System (EARS) and may play a key role in improving the low energy access rate in the region,” the agency had said in a 2020 report, Geothermal Development in Eastern Africa.

The EARS is part of the Great Rift Valley that runs from Lebanon in the north to Mozambique in the south.

IRENA also stated in the report that geothermal energy could help governments in the region meet multiple United Nations-mandated Sustainable Development Goals (SDG) and the climate objectives set under the 2015 Paris Agreement.

Ethiopia, Africa’s second-most populated country after Nigeria, is showing promise in laying the groundwork for geothermal power generation in the region.

There are at least 120 hydrothermal sites in the Ethiopian portion of the EARS according to the Geological Survey of Ethiopia.

“The EARS is a part of the globe that is very rich in geothermal energy,” Weldemelak said.

Ethiopia has geothermal energy potential to generate up to 10,000 MW power. The government plans to generate up to 1,000 MW by 2030, up from 800 MW currently, Habtamu Abatneh license administration manager from the Ethiopian Ministry of Mines, Petroleum and Geothermal Works, told this reporter.

Takele Uma, Ethiopia’s minister for mines, petroleum and natural gas, recently visited the geothermal mining projects in the Rift Valley region. He reaffirmed the government’s support to those who are engaged in geothermal projects.

Efforts are also on to make use of geothermal in the rest of east Africa. The African Union has established the Geothermal Risk Mitigation Facility (GRMF) to fund, facilitate, and accelerate geothermal development in eleven partner countries in the EARS region.

The initiative also aims to realise SDG7 —  “Ensure access to affordable, reliable, sustainable and modern energy for all”, African Agenda 2063 in the energy sector as well as Global Climate Change “Net-Zero Pathways”.

However, a lot remains to be done despite the promise in geothermal energy shown by countries like Ethiopia.

Enku Mulugeta, a volcanologist and geologist, urged fast-track measures to ease licensing and administrative procedures for potential investors and supporting them in transparent technical public services in order to improve the investment atmosphere in the region.

He added that effective and reliable financial resources needed to be available to incentivise those who were interested in getting involved in mining, with proper risk mitigation instruments for geothermal projects.

Enku said people did not have a clear understanding of what geothermal energy was all about and therefore, awareness creation was vital to ensure a supportive environment.

“Government bodies, local communities as well as other critical institutions need to know about this essential renewable energy resource and its benefits and support investors in the area,” he added.

Others pointed to environmental impacts.

Megento Lika Tebarek, a lecturer in the Department of Geography and Environmental Studies at Addis Ababa University said geothermal development involved huge discharge of water and gasses which in turn resulted in impacting land use around the mining development site.

He added that the drilling activities of geothermal projects also caused temperature changes in groundwater and rocks. “In spite of what we are told about geothermal mining projects, they have risks related to subsidence and induced seismicity,” Megento said.

He also pointed out that geothermal mining could be associated with landslides, which have some time serious environmental consequences.

“Regarding the environmental impact of geothermal institutions, various global research institutions including the US Energy Information Administration report that emissions such as mercury, boron, and arsenic by geothermal mining objects may result in local and regional environmental consequences.

“They sometimes, could even alter vegetation and wildlife habitat due to the shock they inflict on plant and animal species diversity,” he added.