COVID-19 cases rise over 200% in South Africa in a month; new restrictions kick in 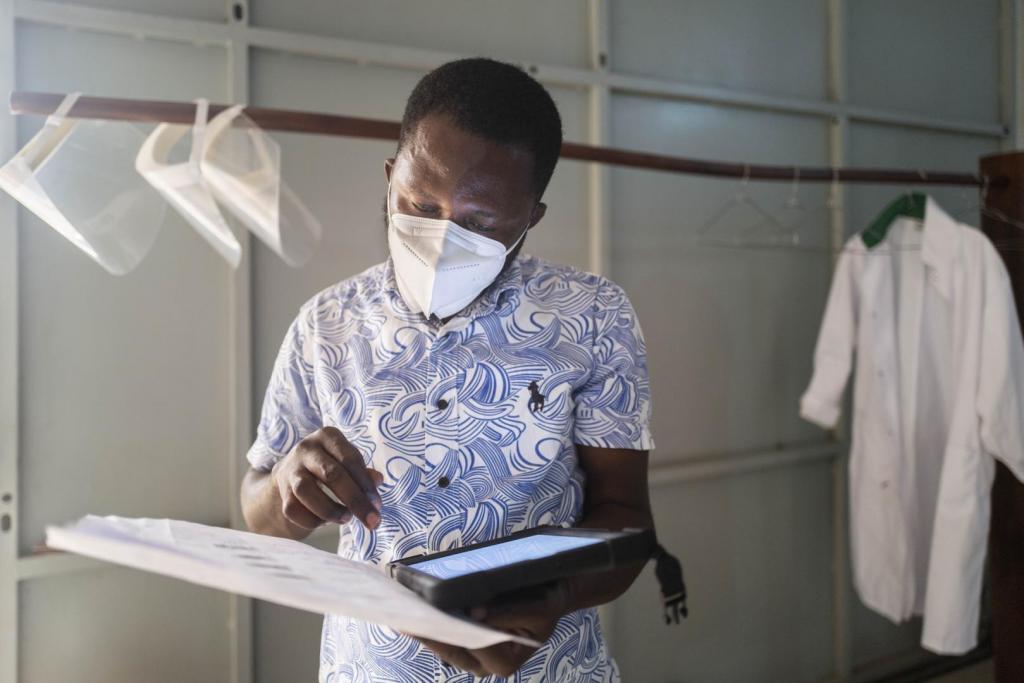 South African President Cyril Ramaphosa announced stringent restrictions 29 December, 2020 onwards in the wake of rising cases of the novel coronavirus disease (COVID-19) in the country, believed to be triggered by a new variant of SARS-CoV-2, according to experts.

The potentially more contagious variant — called 501.V2 — was detected in South Africa on December 18. It was discovered through routine genomic surveillance of SARS-CoV-2 performed by the Network for Genomic Surveillance, South Africa.

The restrictions have come in the backdrop of the country crossing one million infections December 28 as well. The country registered 1,021,451 infections and 27,568 coronavirus-related deaths as of December 30, according to worldometers.com.

COVID-19 infections registered a spike of 238 per cent in December from the previous month, the highest spike in cases in the country since the pandemic began, according to World Health Organization (WHO).

The last peak was witnessed in July, when the number of cases increased by 198 per cent from the previous month.

The number of daily cases in South Africa crossed its July peak on December 24, when a total of 14,046 new cases were recorded.

The new variant has been identified in almost 200 samples collected from over 50 different health facilities in Eastern Cape, Western Cape and KwaZulu-Natal. These three provinces have recorded a higher burden of the rise in COVID-19 cases.

Additional restrictions have been ordered for 22 district hotspots of four provinces —  KwaZulu-Natal, the Western Cape, Gauteng and the Eastern Cape. Maximum surge has been recorded in these four provinces. These are among the provinces where the new variant has been detected.

The South African government has alsoordered all beaches, dams, lakes, rivers, public parks and public swimming pools in hotspot areas to be closed to the public.

“Every single district in this country has the potential to become a hotspot unless the preventative measures are followed strictly,” the president said in his address December 28. 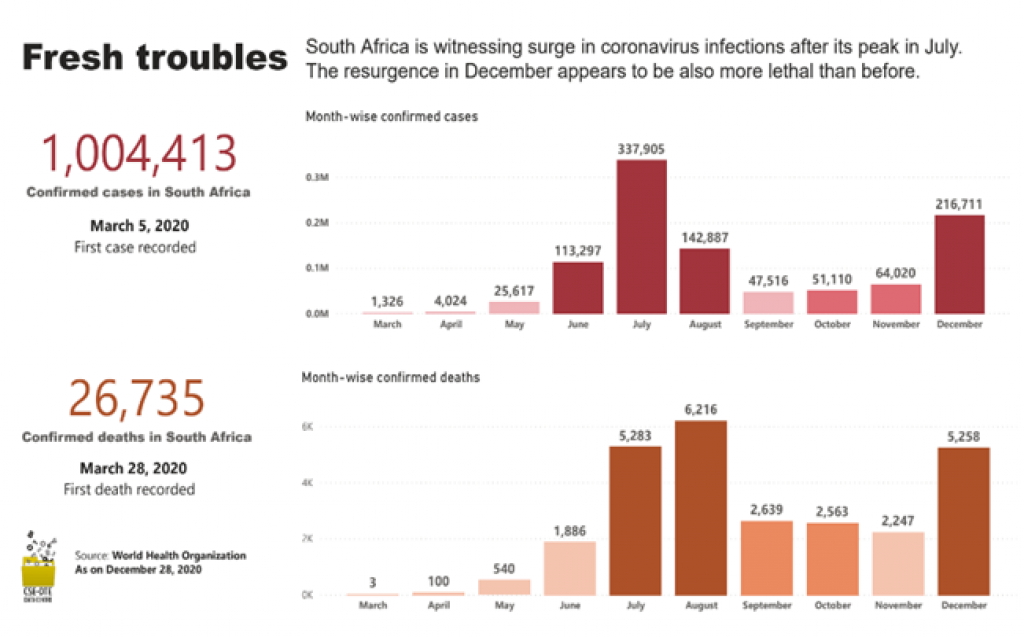 The government said it will focus on the implementation of five key prevention measures: Social distancing, masks, hand hygiene, symptom-checking and testing.

Wearing a mask in public has been made mandatory. All indoor and outdoor gatherings have been prohibited for 14 days. The countrywide curfew has been extended from 9 pm to 6 am.

Public and private hospitals have nearing full capacity in almost all nine provinces and intensive-care unit beds are rapidly filling up.

For example, in Eastern Cape, the number of hospitalisations and in-hospital deaths has surpassed the numbers witnessed in the first surge earlier this year.

As many as 4,630 public sector health employees contracted COVID-19 in December, bringing the total number of infected since the start of the pandemic to over 41,000.

“The country’s new variant of the coronavirus, 501.V2, is probably more contagious and has quickly become dominant in many areas of the resurgence,” according to Tulio de Oliveira, Director of KZN Research Innovation and Sequencing Platform (KRISP), Nelson R Mandela School of Medicine, University of Kwazulu- Natal.

It was first identified in Nelson Mandela Bay, along South Africa’s east coast and then spread rapidly to other districts in the Eastern Cape. It later went on to the Western Cape and KwaZulu Natal (KZN) provinces.

While addressing the country on progress to contain the COVID-19 pandemic, the president said the nation is part of the global pooled procurement initiative co-ordinated by COVID-19 Vaccines Global Access Facility, commonly known as COVAX.  South Africa has signed for an agreement with COVAX and the Solidarity Fund has also made the initial payment of R283 million to the facility.