Africa recorded over 42 per cent increase in deaths due to the novel coronavirus disease (COVID-19) last week, even as global toll decreased 10 per cent, according to the World Health Organization (WHO).

The region reported over 2,700 new COVID-19 deaths last week. The actual toll is three times more, estimated the Institute for Health Metrics and Evaluation, an independent global health research centre based in the United States.

In contrast, the global weekly mortality figure was the lowest last week since early November 2020.

There has also been a sharp increase in the weekly case growth in the African countries since May 15, 2021, according to WHO. The number of cases added in the week ending June 30, 2021 was double that added in the week beginning May 30, 2021.

The region will surpass the peak of second wave by July at this rate. The surge will also affect the global progress made so far in containing the pandemic apart 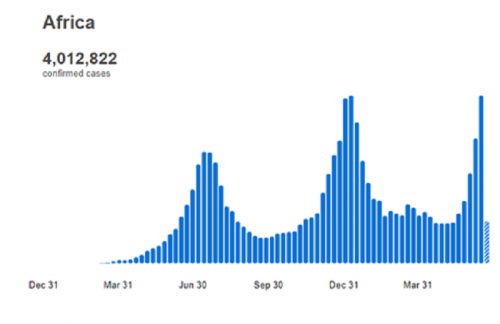 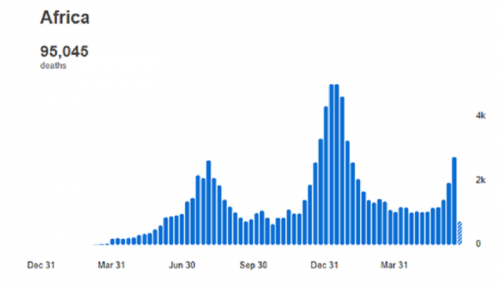 Southern African accounted for 72 per cent of Africa’s overall COVID-19 deaths. Over 76 per cent of the continent’s infections have been reported from this region.

The number of deaths per week in South Africa, especially, has been rising consistently since June 7, 2021, according to WHO. The country registered 36 per cent more deaths last week than the one before.

With over 60,000 deaths due to the infection, it accounts for nearly 40 per cent of the entire continent’s toll. This increase is driven by the Delta variant, according to WHO.

The situation in South Africa

South Africa, which has recorded over 103,600 infections, saw a 47 per cent rise in new cases this week.

Africa’s third COVID-19 wave may be its worst, WHO warned last week.

The spread of new coronavirus variants, including the delta variant, is behind the surge, according to WHO. The delta variant has been detected in at least 15 countries in Africa. 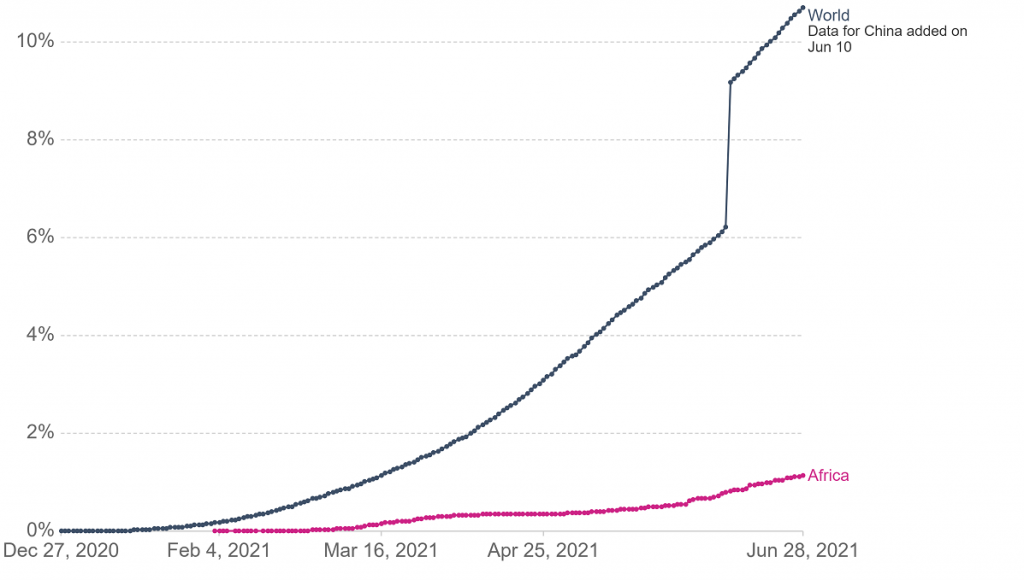 The United Nations health agency raised concerns over lack of testing facilities in the continent to detect emerging variants.

Africa’s vaccination status is also of concern: The continent accounted for only 1.13 per cent of the shots administered globally.