COVID-19: Only 17% of Africans will now be vaccinated by year-end 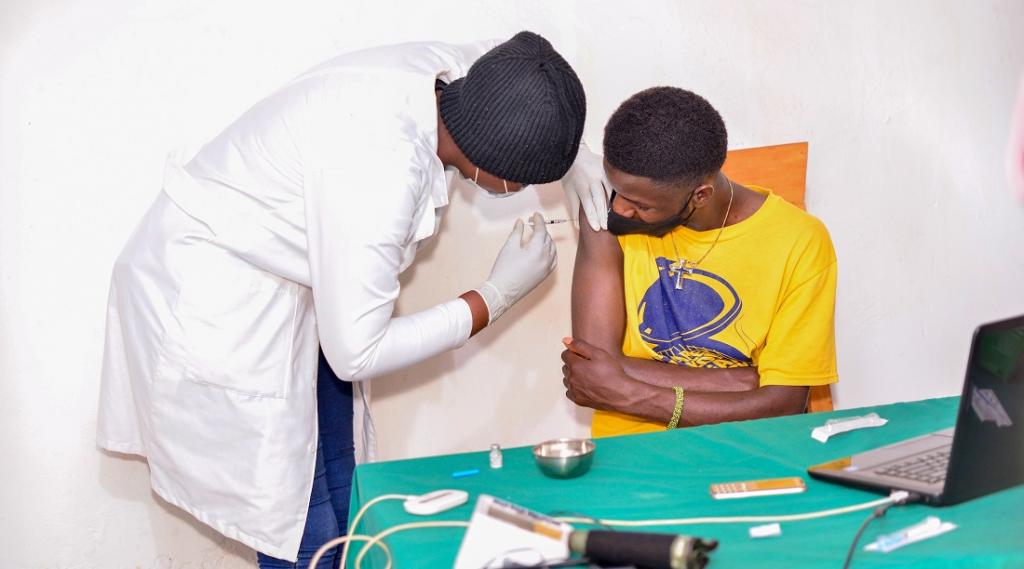 A Rwandan youth gets vaccinated against COVID-19 in Kigali. Photo: Davyimage via Wikimedia Commons

Africa will be able to vaccinate only 17 per cent of its population against the novel coronavirus disease (COVID-19) by December this year, due to a shortfall of vaccine doses, the World Health Organization (WHO) said September 16, 2021.

COVAX, the global vaccination initiative announced that it would have to cut planned shipments to Africa by around 150 million doses this year.

Currently, only 3.6 per cent of Africa’s population has been vaccinated. Only about two per cent of the nearly six billion doses administered globally were given to Africans.

The European Union and the United Kingdom have vaccinated over 60 per cent of their populations and high-income countries gave 48 times more doses per person than low-income countries.

As of September 14, in Africa, 8.06 million COVID-19 cases were recorded. There were nearly 125,000 new cases in the week ending September 12. The highly transmissible delta variant was found in 31 African countries.

As long as rich countries lock COVAX out of the market, Africa will miss its vaccination goals. The huge gap in vaccine equity is not closing anywhere near fast enough. It is time for vaccine manufacturing countries to open the gates and help protect those facing the greatest risk.

WHO is increasingly helping African countries to identify and address gaps in the roll-out of COVID-19 vaccines.

With more than 300 employees across Africa supporting the COVID-19 response, WHO is deploying experts and developing support plans in specific areas, including human resources, financing, strengthening supply chains and logistics and increased demand for vaccines.