Double whammy for the poorest: How pollution and changing climate affect countries

Risks from toxic pollution and climate change across the world are closely intertwined, study finds

Countries that face the greatest health risks from toxic pollution are also the most at risk from the impacts of changing climate, according to a new report.

Most at risk of the combined effect are some of the poorest and least-developed countries: Democratic Republic of the Congo (DRC), Burundi and the Central African Republic which placed 179th, 185th and 188th among 189 countries on the United Nations Human Development Index. 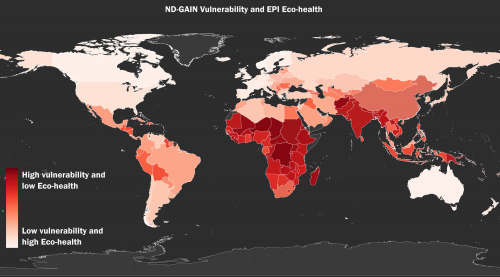 Source: Global distribution and coincidence of pollution, climate impacts, and health risk in the Anthropocene published in Plos One

Inequities in pollution production, economic status and institutional readiness are interconnected and increase the risk for countries already in the highest risk categories for both toxic and nontoxic (greenhouse gas) pollution, according to an analysis in Plos One published July 21, 2021.

Data measuring global climate risk and institutional capacity from the Notre Dame Global Adaptation Index, environmental quality from the Yale Environmental Performance Index and mortality caused by toxic pollution from the Global Alliance on Health and Pollution for 2018 was collated and analysed to explore the distribution of human-produced or exacerbated environmental risks in 176 countries.

The study found that the highest climate and toxic pollution risks appear in the same countries and they are geographically concentrated across the African continent and Southeast Asia.

The researchers created two target lists: One of the top 10 countries most likely to generate a high rate of return on effort in the reduction of pollution and climate change impacts, the other of the bottom 10 countries that are most likely to require attention to governance issues before pollution can be effectively addressed. 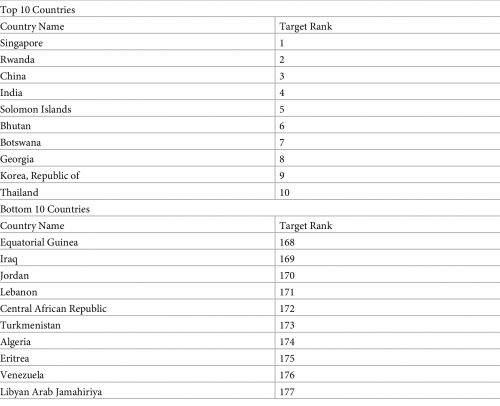 Source: Global distribution and coincidence of pollution, climate impacts, and health risk in the Anthropocene published in Plos One

A large portion of the world’s population lives in countries at higher toxic pollution and climate impacts risk. So, understanding where and how to target in pollution risk mitigation is critical to maximising reduction of potential human harm.

The study was led by Richard Marcantonio from the University of Notre Dame in Indiana, United States.