Monkeypox is endemic in Nigeria. But surveillance isn’t what it should be

Virologist Oyewale Tomori explains what Nigeria, where the virus is endemic, should be doing to prepare for an outbreak 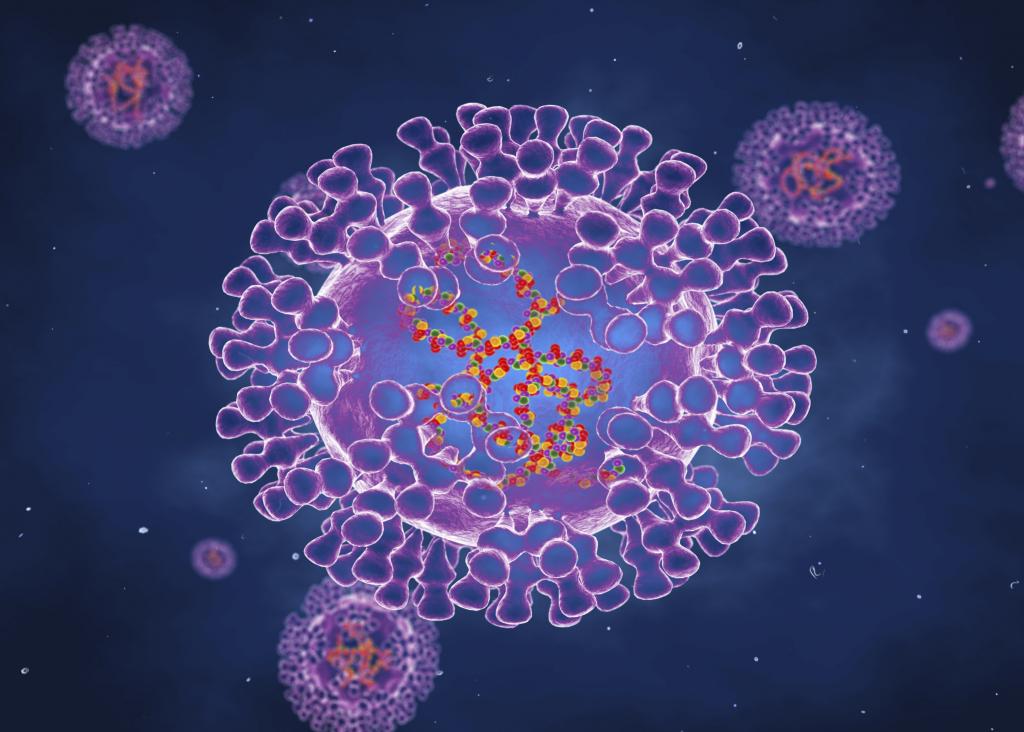 There has been an outbreak of monkeypox cases in a number of countries that are not endemic for the virus. Monkeypox is caused by an orthopoxvirus that is closely related to the virus that caused smallpox. Monkeypox is an animal virus that occasionally infects humans after they are bitten or scratched by a monkey or other animal. It does not usually spread easily between humans, and typically only in close contacts. Since May 13, 110 confirmed cases and a further 205 suspected cases had been reported from 12 countries. Virologist Oyewale Tomori explains what Nigeria, where the virus is endemic, should be doing to prepare for an outbreak.

Is Nigeria managing to contain monkeypox?

Since the first human case of monkeypox in 1970 in the Democratic Republic of Congo (DRC), the disease has been reported in several other central and western African countries: Cameroon, Central African Republic, Ivory Coast, Gabon, Liberia, Nigeria, Republic of the Congo, and Sierra Leone. Most infections are in the DRC.

Ghana has not reported a human case of monkeypox. However, the source of infection of 47 confirmed and probable cases of monkeypox in 2003 in the US was traced to small mammals.

This was the first time that human monkeypox was reported outside Africa. Of the cases in the current outbreak in several European countries none seem to have any contact with cases in Africa.

In Nigeria we probably don’t know how much of the disease we have, because surveillance is not what it should be. We are definitely missing many of the monkeypox cases in the rural areas.

From September 2017 to the end of April 2022, Nigeria reported a total of 558 suspected cases with 231 (41.4 per cent) confirmed. This year, from January 1st to April 30th, we have reported 46 suspected cases and confirmed 15 from seven states. No death has been recorded this year.

The surveillance of diseases in Nigeria was affected by the COVID-19 pandemic.

Take Lassa fever, for example. Nigeria confirmed 1181 Lassa fever cases in 2020, the year COVID-19 came, in 2021, the number of confirmed cases dropped significantly to 510, less than half of the number confirmed in 2020.

Now that the effect of COVID-19 is waning and things are gradually returning to normal, the number of confirmed Lassa fever cases for the first four months of the year 2022 stands at 759.

The same situation has been reported for the surveillance and reporting of other diseases. The over concentration and shift or resources to respond to COVID-19 and the fear of contracting COVID-19 in health facilities contributed to the low numbers reported from 2020 to 2021 for a host of diseases, including yellow fever and measles.

What needs to be done to prepare for the next outbreak?

We need to anticipate what is going to happen and prepare.

It’s unlikely to be a mutation because monkeypox virus is a DNA virus, which does not change much and has much less propensity for mutation and variant generation, like SARS-CoV-2, which is an RNA virus.

But to be on the safe side, we should do our sequencing so that we’ll know exactly what we’re facing and be able compare with what they have in Europe right now.

We must also make communities aware that this is going on. We now know that a UK resident who arrived in Nigeria on April 20, 2022, and travelled to Lagos and Delta states departed Lagos on May 3, 2022, and arrived in the UK, where the diagnosis of monkeypox was confirmed on 6 May, 2022.

This information is enough to alert us that someone was infected with monkeypox through contact with a Nigerian, while in Nigeria. We should conduct contact tracing to determine if there are more cases.

It should also be used as an opportunity to get information across to our people and make them aware that we still have this disease and provide prevention and control guidelines.

If somebody has a rash, that person should report to the hospital for further investigation and hospital staff should put in place, infection prevention and control procedures — including wearing gloves and other protective materials.

To avoid being infected and becoming a source of infection to others, health workers who are dealing with infected people should take standard infection prevention and control precautions: Hand-washing, personal protective equipment, respiratory hygiene, cough etiquette and safe injection practices The message is that of awareness and preparedness, but not panic.

How does monkeypox spread?

The virus can be spread by direct contact with body fluids of an infected person or with virus-contaminated objects, such as bedding or clothing. In addition, it can be transmitted by respiratory droplets during direct and prolonged face-to-face contact. It is not easily spread as SARS-CoV-2. This is some good news. Therefore, it is important to reduce contact with whoever is infected.

Should the world be worried? What about treatment?

Sure, we should be worried. The disease can cause the death of one out of 10 infected people and can spread very quickly. The symptoms — fever, malaise, and headache — of monkeypox are more severe than those of chickenpox.

The other reason for concern is that there is no specific treatment or vaccine available for monkeypox infection. In the past, the anti-smallpox vaccine was shown to be 85 per cent effective in preventing monkeypox. But smallpox has been eradicated so the vaccine isn’t widely available anymore.

Nevertheless outbreaks can be controlled. The first step is preventing infections. This can be achieved through public health awareness campaigns to reduce the risk of animal-to-human transmission. Key messages would include the fact that people should avoid contact with sick or dead animals that could harbour the virus, especially in areas known to be monkeypox hotspots.

Other precautions include ensuring that infected people are isolated and that health workers caring for ill people must wear gloves and protective equipment.

Are there many strains?

So far, no, there seem to be only two types — the Congo Basin and West African strains.

It is unlikely to have strange mutations as happened with SARS-CoV-2, which causes COVID-19. Remember that monkeypox is a DNA virus. It’s not an RNA virus, which mutate frequently generating variants of concern.