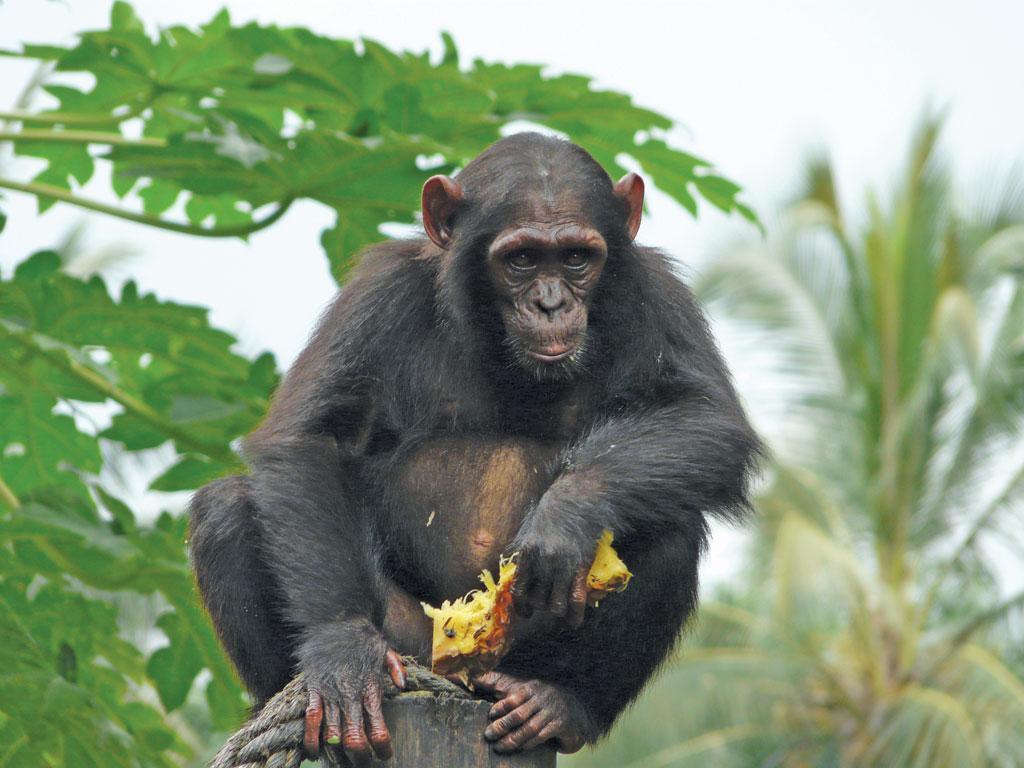 Human activities rather than ecological factors determine as to where Great Apes can still be found in abundance in Africa, according to the first ever continent-wide assessment of humanity’s closest cousins.

Human activities and factors such as building roads, population density and Gross Domestic Product (GDP) influenced the highest densities of apes in central Africa and the lowest in west Africa, according to the report.

The survey found that human footprint (quantitative analysis of human influence) in Africa was strongly related to the suitability of land for agriculture. In west Africa, large-scale industrial agriculture had contributed greatly to chimpanzee population declines and to the reduction of their geographic range.

Deforestation rates had been comparatively lower in central Africa. But hotspots could be found bordering the Congo Basin, as rapidly growing human populations increased the demand for agricultural land.

In addition, several planned development corridors such as roads, railways and pipelines, were likely to further degrade great ape habitats. Great Ape densities were higher in the lower range of GDP values, according to the study.

The negative correlation between Great Ape density and higher GDP values was likely due to the indirect effects of economic development on the primates’ habitat, caused by infrastructure development, resource use and land-use change.

The level of corruption in governance too was identified as a trend. Lower Great Ape abundance was associated with increased levels of corruption.

The study identified key factors influencing African Great Ape distribution at 156 sites in 20 countries.  According to it, only 10.7 per cent of the predicted Great Ape population was found in areas with high levels of legal protection.

Nationwide estimates for ape density distribution in 16 of the 20 countries studied were in line with previous estimates.

The high estimate was likely due to the combination of relatively low human footprint values, high forest cover and high poaching rates in the country, according to the study.

All Great Ape species — gorillas, bonobos and chimpanzees in Africa, as well as orangutans in Asia — are either Endangered or Critically Endangered on the International Union for the Conservation of Nature Red List.

The study findings were published in the American Journal of Primatology by a team of scientists led by the Max Planck Institute for Evolutionary Anthropology, Wildlife Conservation Society and other groups.