Thousands of acres of farmlands have been flooded by the cyclone 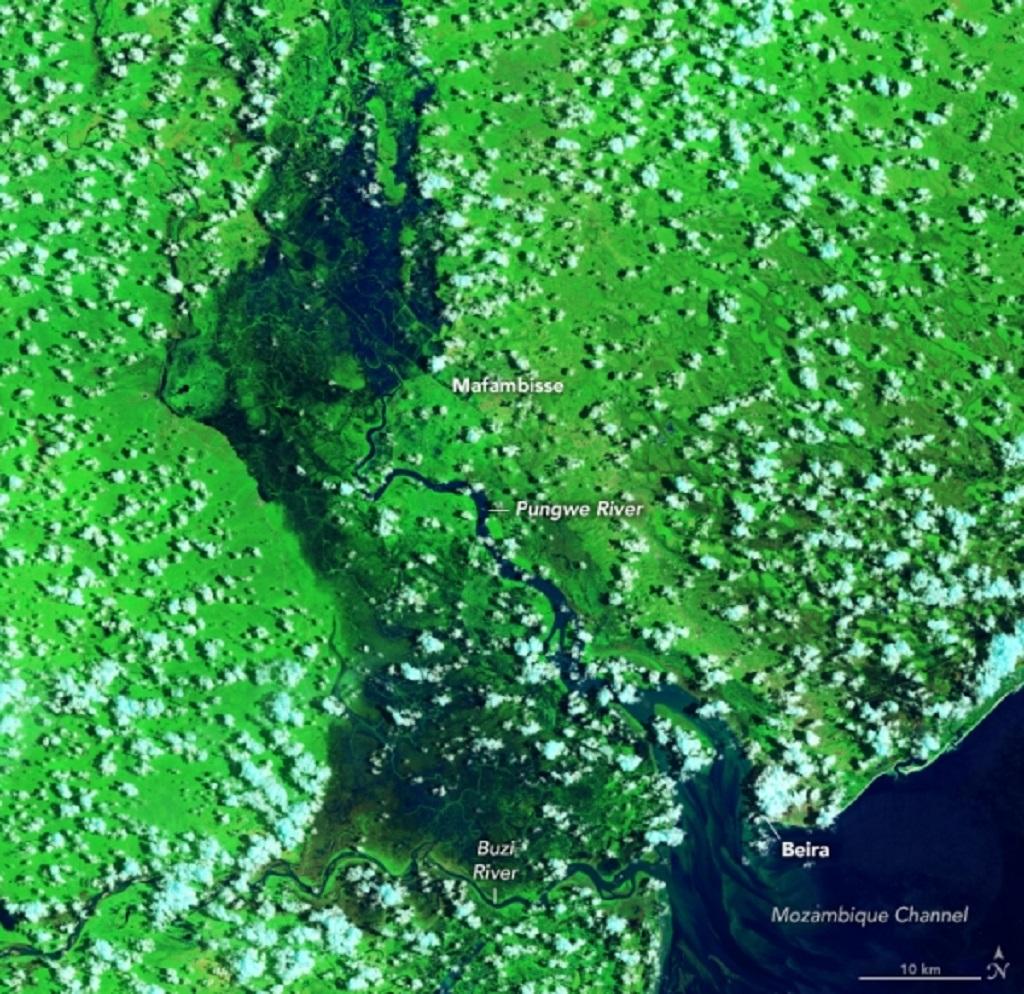 Since then, over 17,000 houses have been washed away and thousands of acres of farmlands have been flooded.

The images from the NASA Earth Observatory are from January 30, 2021, a week after the storm made the landfall in central Mozambique. Seen in contrast with the images from December 27, 2019 taken by Landsat 8 satellite, the spread of flood water over dry land and vegetation looks distinct. 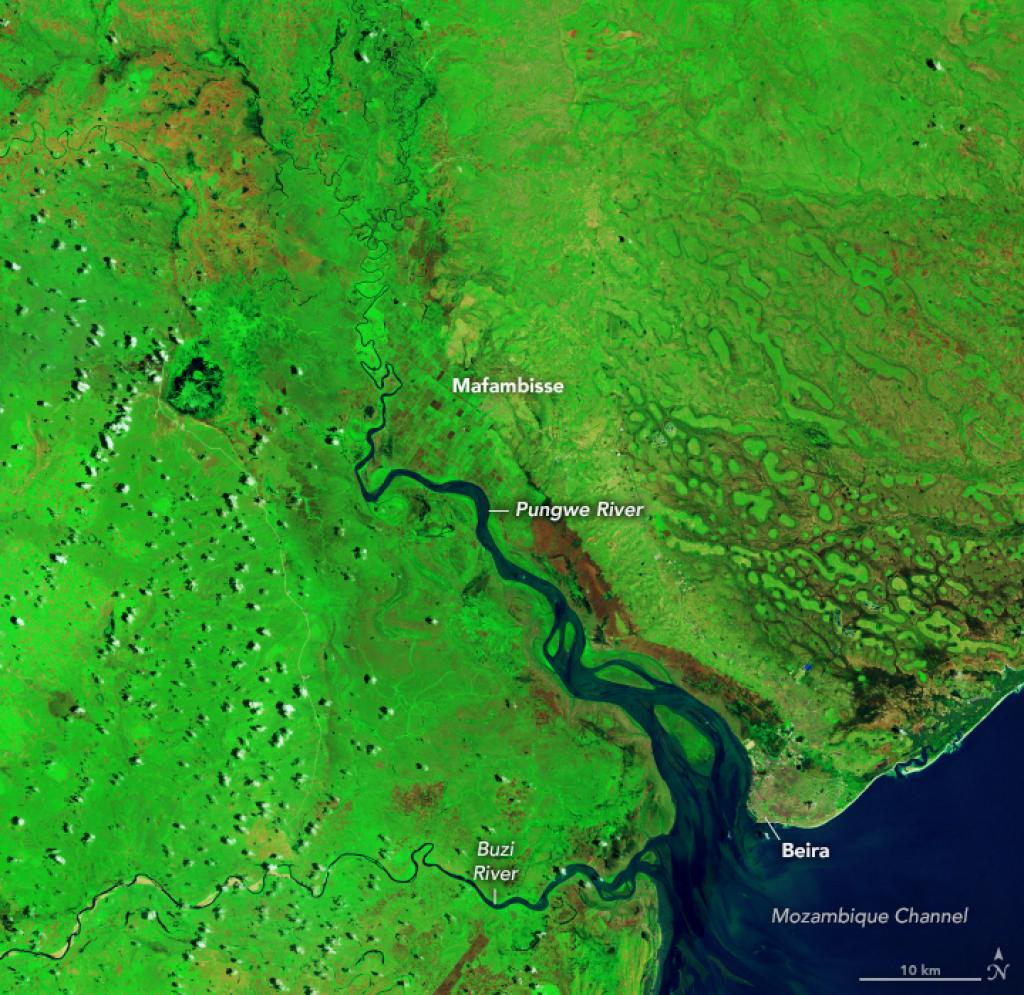 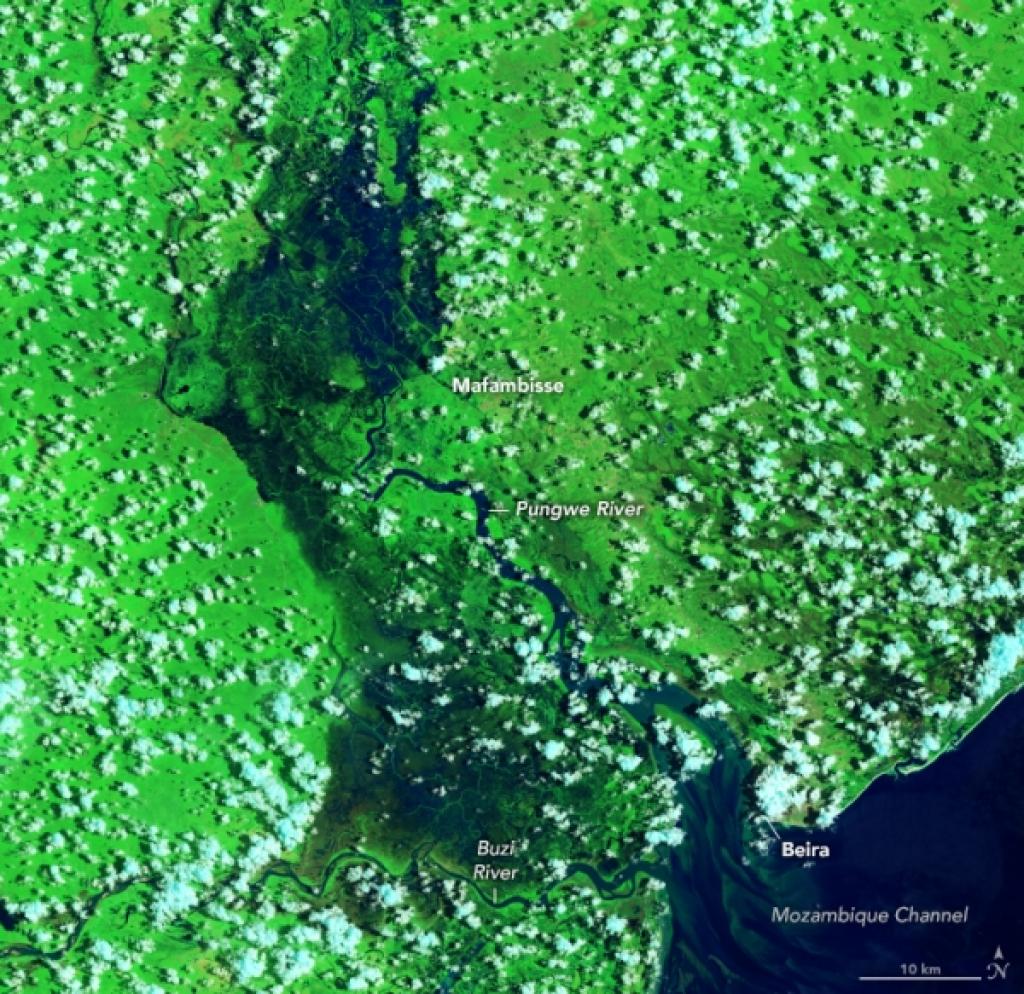 The devastating storm has so far displaced 16,000 people and claimed over 10 lives in southeast Africa. Blowing at over 160 km per hour, the cyclone toppled trees and electricity poles. Many rivers overflowed submerging roads and surrounding low-lying areas.

The cyclone lashed the country when it was coping with the harmful effects of the novel coronavirus disease (COVID-19) pandemic. The cumulative impact has left around 260 thousand people in urgent need of humanitarian aid, said Oxfam in a statement released on February 1, 2021.

Two major cyclones, Idai and Kenneth, had ravaged the region in 2019 and parts of the Mozambique are still recovering from the effects of those. Moreover, some villages that have been impacted by Eloise were already flooded after heavy downfall and extreme weather events in December 2020.