Protests over toxic gold mining at Nile: Will there be truce in Sudan 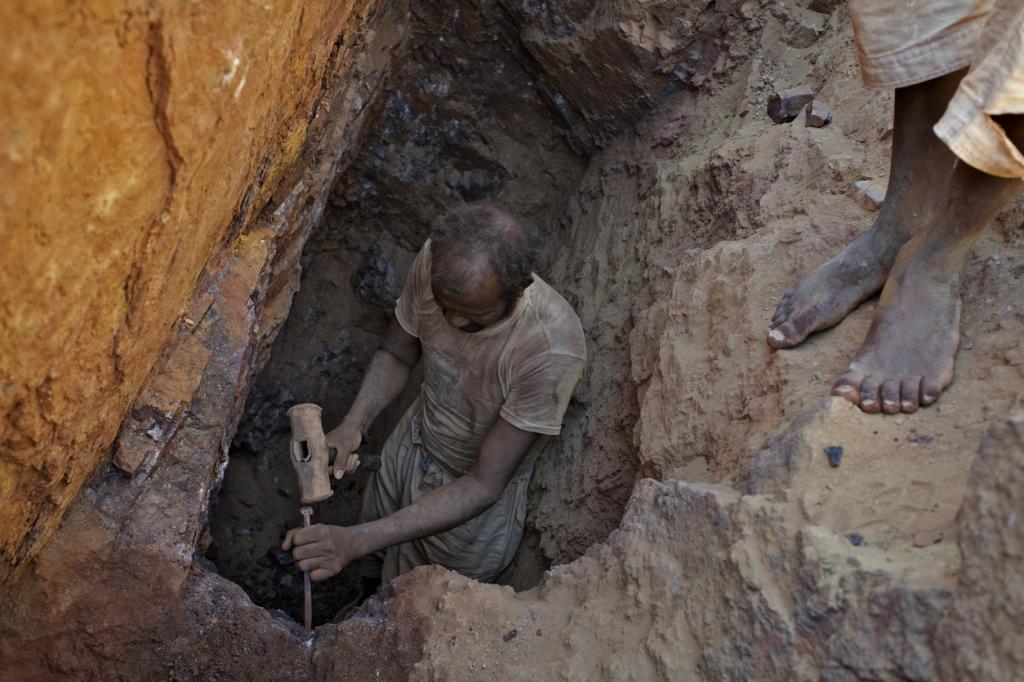 A protest against the harmful gold mining practices in River Nile state has entered its second week in Sudan. The sit-in demands to end the dangerous practices carried out during mining. The question remains whether the locals will finally be able to secure an end to dangerous mining practices and gold smuggling that plagues the region.

People living around El Ibeidiya in Berber, north of River Nile state’s capital Ed Damer, have staged a protest against the mining malpractices. The residents want to end using toxic substances like mercury and leaching agent thiourea while mining. They also want the resignation of Mubarak Ardol, the secretary-General of the Forces for Freedom and Change.

Africa is blessed with mineral reserves, which include chromite, gypsum, phosphates, zinc, lead, nickel, aluminium and cobalt. Precious gold can be found in North and South Kordofan, Darfur, northern Sudan and along the Nile and Blue Nile rivers.

Read more: Artisanal gold mining in South Africa is out of control. Mistakes that got it here

Sudan plays a significant role in gold mining, producing 90 tonnes of gold annually. This makes it the third largest in Africa and tenth largest gold producer in the world. There has been an increase in the involvement of local people in the extraction of gold in recent times.

In 2019, the then President of Sudan — the long-ruling Omar al-Bashir — was overthrown by the army. This led to an increase in unemployment and the cost of daily living, hence luring the population to resort to artisanal mining.

More than one million people involved in mining, while 85 per cent of the gold extracted is through artisanal gold mining, as per the Ministry of Minerals, Sudan. However, due to the ongoing rifts between Russia and Ukraine, there has been increased pressure on the extraction of more gold, which is supposedly unregulated.

Since Russia actively supported Sudan’s 2021 military coup and overthrew Bashir’s regime, the ever-growing political affinity between the country’s military rulers and Moscow has developed a vicious network of gold smuggling.

Although small-scale gold mining is lucrative work, it has hazardous risks. In a press conference, Mubarak Ardol, the director–general of the Sudanese Company for Mineral Resources, emphasised the detrimental effects of thiourea.

Thiourea is a white crystalline solid used as a leaching agent in the extraction areas of gold. Although Ardol mentioned thiourea, he overlooked the most prevalent and dangerous substance typically used while extracting gold — mercury.

Many small groups and sometimes individual miners use only non-mechanised tools or even bare hands to dig gold ores. During leaching, they come in direct contact with vapours of mercury. Inhaling these harmful vapours is known to cause damage to different parts of the body.

Since artisanal and small-scale gold mining (ASGM) is an informal economic activity, its haphazard mining exploration and proximity to water bodies adversely affect the environment besides its effect on the human population. The water used for gold leaching and acidic water from the mines flow into the river bodies, increasing metal concentrations and making it a great cause of concern in the region.

The protest in El Ibeidiya is staged in response to Ardol’s effort to bring in new mining industries, which the locals believe is a threat to their livelihood. The protestors are also vexed about the mining revenue not being invested to benefit the locals despite their poor living conditions.

The executive director of Berber locality has assured better facilities for the communities while meeting the protestors.

The Sudanese Minister of Petroleum and Minerals, Azhari Abdel-Gadir, had emphasised the need for regulating the artisanal industry when asked about it in an interview in 2018. There was an investigative hearing into unregulated artisanal mining in 2014, where the commission emphasised formulating a framework policy to consider artisanal mining as a livelihood strategy.

There is also a demand for benefit sharing of the mining revenue from the big companies. These are the revenues from the companies Ardol is trying to bring or the networks from the Russian-Sudan military nexus.

Sub-Saharan African countries recognise artisanal mining as a formal mining category. These include Burkina Faso, Ivory Coast, the Democratic Republic of Congo (DRC), Ethiopia and Kenya. Out of these countries, DRC and Kenya have laws related to benefit sharing in the mining sector.

Article 242 of the Mining Code, 2002 governs the distribution of mining royalty paid by the company, according to a non-profit Centre for Science and Environment study. This includes provision for 50 per cent of the mining royalty to be acquired by the central government, 25 per cent designated to the administration at the area of exploitation and 10 per cent to be allotted for the mining fund for future generations.

A 2018 amendment to the Mining Code made it compulsory for compensation to communities affected by mining activities. The code also provided for the allocation of 0.3 per cent of a mining turnover.

Similarly, in Kenya, according to the Mining Act, 2016, the mineral rights holders are required to pay royalties to the state. Of these,10 per cent are paid to communities in mining-affected areas.

Lastly, if the investment of the mining company exceeds $500 million, the mineral licensee has to involve community development and insurance arrangements by entering into an agreement with the cabinet secretary.