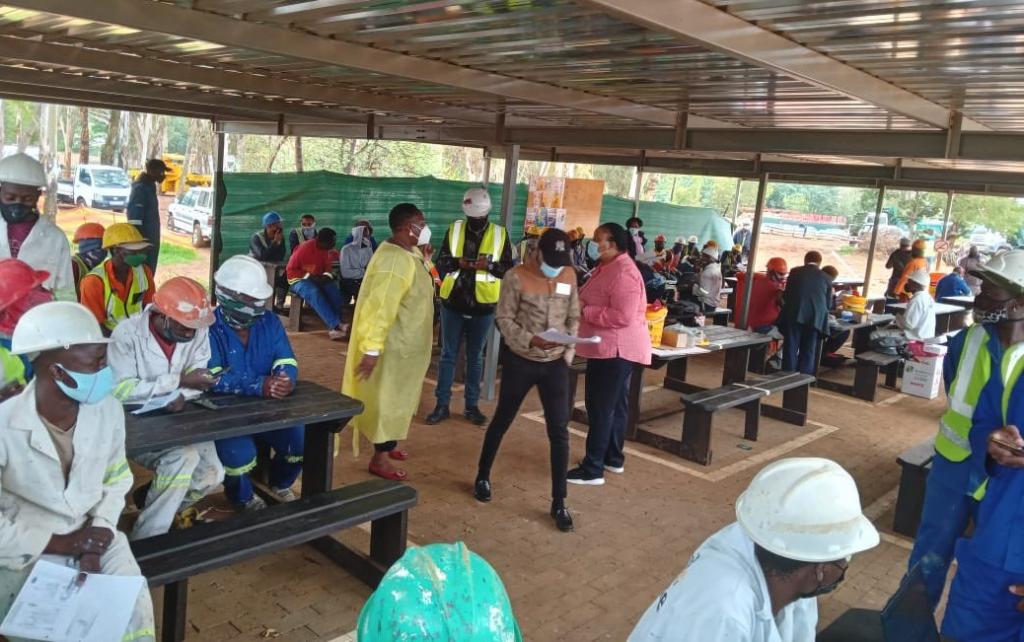 The Omicron variant of the novel coronavirus (SARS-CoV-2) was first detected in the Tshwane district of South Africa’s Gauteng province between November 21 and 27. Now, a leading health professional has prepared a detailed profile of the first patients. And the picture that emerges is encouraging.

Fewer people have been administered specialist care than previous waves of the novel coronavirus disease (COVID-19). The in-hospital death-rate has been significantly lower. There has also been a decline in the average length of stay in the hospital.

The results offer reason for hope even as the Omicron variant has now spread to all South African provinces and triggered the fourth wave of COVID-19 in the COVID-19. It has also spread to 40 other countries.

Between 14 and 29 November, 166 people were admitted to the hospital, Abdullah, the Director of the Office of AIDS and TB Research at the South Africa Medical Research Centre, found.

These were ‘incidental’ COVID-19 cases, which means their reason for being admitted was not because they were infected with the virus but because they tested positive for it as a result of hospital protocol.

Of the remaining 23 on oxygen, “13 patients are dependent on supplemental oxygen, of which nine (21 per cent) have a diagnosis of COVID-19 pneumonia based on a combination of symptoms, clinical signs, CXR and inflammatory markers.” The remaining are on oxygen for reasons other than COVID-19.

This trend was seen in other hospitals as well. Some 31 of the 37 patients at the Helen Joseph Hospital in Johannesburg did not need any oxygen support December 3.

Only 14 of the 80 patients at the Dr George Mukhari Academic Hospital to the north of Pretoria, were on supplemental oxygen and one on a ventilator.

This is a picture that has not been seen in previous waves. In the beginning of all three previous waves and throughout the course of these waves, there has always only been a sprinkling of patients on room air in the COVID ward and these patients have usually been in the recovery phase waiting for the resolution of a co-morbidity prior to discharge.

Moreover, there were only four patients receiving specialist care and one in the ICU, a substantial decline from what was seen in the previous waves. Some 24 of the 38 adults in the COVID-19 ward were unvaccinated, six were vaccinated while the status for the rest was unknown.

Eight of the nine people with COVID-19 pneumonia were unvaccinated and one was fully vaccinated. However, “the reason for the oxygen was Chronic Obstructive Pulmonary Disease.”

This time, a much younger age group has been infected, with at least 80 per cent of those admitted in the past two weeks being younger than 50 years of age.

In the past two weeks, 10 of the 166 people admitted to the hospital died.

Four of these were people between the ages of 26 and 36, five were over 60 while one was a child whose cause of death was not COVID-19.

The in-hospital death-rate stands at 6.6 per cent, significantly lower than the 23 per cent during all previous waves.

“This compares favourably to the proportion of deaths at the complex over the past 18 months which was 17 per cent. The trend over the next two weeks will be clarified as the number of deaths is currently low and sufficient time will have elapsed for the development of greater severity of disease and the number of deaths might be expected to increase,” Abdullah wrote.

There has also been a decline in the average length of stay in the hospital, down from 8.5 days for the past 18 months to 2.8 days for the COVID-19 patients admitted in the past two weeks.