Republic of the Congo gets its first ever marine protected areas 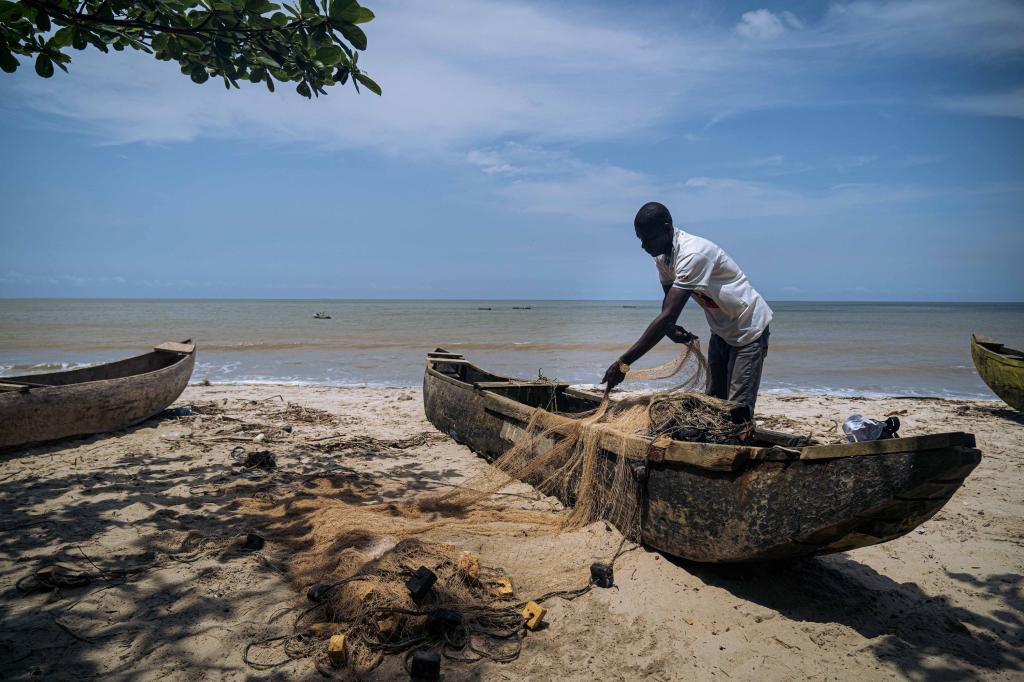 Over 4,000 square kilometres of marine resources in Congo will be protected. Photo: Clément Kolopp/WCS

The Republic of the Congo has created three marine protected areas (MPA) — its first-ever — protecting over 4,000 square kilometres of marine resources. MPAs provide for community fishing zones and are a tool against illegal and unregulated fishing.

The country encompasses an extraordinary diversity of wildlife. The creation of MPAs was supported by non-governmental organisation Wildlife Conservation Society (WCS) and the University of Exeter.

The three MPAs — a marine extension to Conkouati-Douli National Park along the border with Gabon, Loango MPA and Mvassa MPA — cover 12 per cent of Congo’s Exclusive Economic Zone (EEZ).

A broad marine conservation program to sustainable management of marine resources was initiated by the Congolese government and WCS.

The protected areas include globally important nesting grounds for leatherback turtles and critical migrating and breeding habitats for several marine mammals, including the Atlantic humpback whale.

The areas are also inhabited by open ocean whale sharks, the world’s largest fish and 40 other species of sharks and rays.

The Marine Protected Area creation is part of a national marine spatial plan (MSP), approved in 2019 by the ministry of forest economy and sustainable development. The plan identified 11 MPAs in EEZ, of which the first three are now formally announced.

Congo is the latest West African country to create MPAs, following in the footsteps of Gabon and Ivory Coast.

WCS has been the Congolese government’s principle conservation partner for the past 25 years. It assists the forest economy ministry to manage wildlife and its habitat in several of the country’s national parks, reserves and protected area buffer zones.

Almost half of the small-scale fishermen suffered loss or damage due to illegal industrial fishing vessels, a 2016 socio-economic survey by the WCS had shown.

Nearly 87 per cent of the 250 industrial fishing vessels inspected between 2017 and 2019 were in contravention of the fishing regulations. Several shark and ray species found in fishing nets were globally threatened, including 10 critically endangered species, according to the WCS Congo catch tracking scheme.

University of Exeter’s contribution included working with small-scale fishers to find out when and where they fish and ensure they were represented in the decision-making process.

It is a pleasure to note the support the WCS Congo programme brings to the government that is capitalised through this series of creations of MPAs and the extension of the Conkouati National Park on its marine part.

WCS will continue to support the ministry in building institutional and technical capacity in MPA management through its Congo Marine programme. It will also promote establishing an MPA network covering more than 30 per cent of the EEZ and assist stakeholders and local administrations in the sustainable management of resources.

Synergies and linkages with the transboundary “Blue Gabon” program covering adjacent MPAs will also be promoted by WCS to strengthen multinational protection. This will also ramp up regional commitment to protecting marine biodiversity and preserving sustained small-scale fisheries.